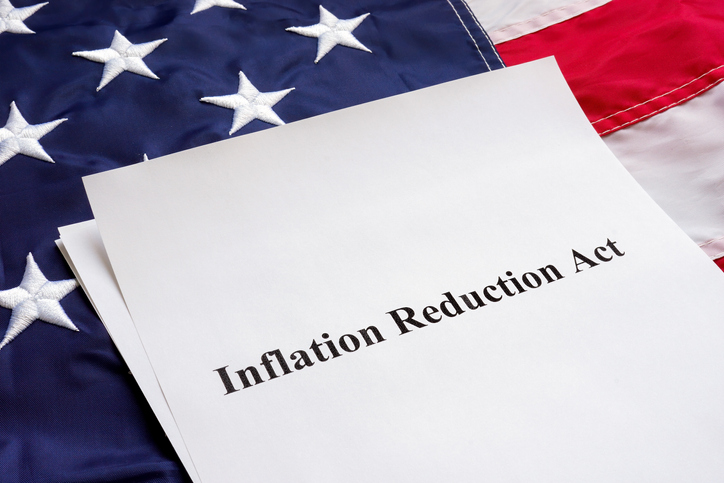 The recently passed Inflation Reduction Act includes new policies that cap the monthly cost of insulin at $35 and potentially reduce the cost of other diabetes drugs for those on Medicare. Find out how the new law could lower your prescription drug costs.

Earlier this month, President Joe Biden signed the Inflation Reduction Act, which includes updates to healthcare policies that could lower the price of drugs for people with diabetes.

This new law includes updates to Medicare negotiation, penalties for drug makers that raise prices, caps on costs for people who use Medicare, and caps on insulin costs.

Medicare Part D is Medicare’s prescription drug coverage. This includes several diabetes drugs and insulins – including Lantus, Jardiance, Novolog, and Trulicity – that are also on the list of most expensive drugs. Medicare Part B covers medically necessary or preventive drugs that are given at a doctor’s office or clinic, such as vaccines.

Medicare drug price negotiation will help reduce out-of-pocket spending by requiring drug makers to reduce their prices for certain drugs. The negotiations require the US Health Secretary and drug companies to agree on the price of a drug. During negotiation, the Health Secretary considers information about the costs of research and development, manufacturing and distribution, whether the federal government funded relevant research, and how the drug compares with alternative treatments.

In 2020, the average out-of-pocket spending for insulin was $54 per prescription, but depending on the type of insulin, many people paid $70-$115. Over 3.3 million people on Medicare use insulin, and on average, they are spending four times more annually on the drug now than they were just 15 years ago ($1.03 billion now versus $236 million).

Starting in 2023, Medicare will have to cap the cost of insulin so that beneficiaries (people eligible for Medicare) do not pay more than $35 per month, regardless of whether or not they have met their deductible.

Caps on costs for other drugs

In 2025, the Inflation Reduction Act will cap Medicare out-of-pocket costs in Part D at $2,000. This policy is estimated to help about 1.5 million people on Medicare who pay over $2,000 out-of-pocket for medications.

The Inflation Reduction Act also sets penalties for drug makers who raise prices faster than the rate of inflation. This means that drug companies can only increase  prices according to how much all goods and services have increased in the past year. In 2020, the prices of half of all drugs covered by Medicare rose faster than the rate of inflation. People on Medicare will now be able to more easily predict their drug costs for the following year without worrying  about surprising price increases.

This drug policy is the first of the healthcare costs provisions scheduled to go into effect – drug makers will be penalized starting in October for hikes in pharmacy drugs and in January for drugs that are administered in a doctor’s office.

Medicare beneficiaries who make between 135% and 150% of the federal poverty level ($18,347 to $20,385 for a single person) can access additional subsidies through the Extra Help program. Starting in 2024, people who are eligible would have a set, low cost for each prescription, limiting out-of-pocket costs. This could save people an average of $300 a year on out-of-pocket costs, according to government estimates.

For more information on how the Inflation Reduction Act could lower healthcare costs in your state, click here.