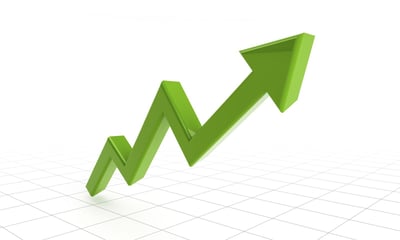 According to a new study in Diabetes Care, more US children and adolescents have been diagnosed with type 1 diabetes in recent years: the disease’s annual prevalence in a large, insured population increased 53% between 2002 and 2013, from 1.48 to 2.33 cases per 1,000 people. The study used data from insurance companies to survey the rate of diabetes in ~10 million US children and adolescents younger than 18 years old, so it does not tell us how diagnoses of type 1 may be changing in adults. It is not clear why type 1 diagnoses are increasing so rapidly.

What about type 2 diabetes? While childhood type 2 diabetes cases were on the rise between 2002 and 2006, the study actually recorded a modest decline in the annual prevalence between 2007 and 2013 from 0.56 to 0.49 cases per 1,000 people. The recent decline in type 2 cases may partially stem from reduced rates of childhood obesity (it has decreased among children 2-5 years and remained stable in older children).

Alarmingly, among all children with diabetes (type 1 and type 2) surveyed, the annual prevalence of diabetic kidney disease (nephropathy) nearly tripled over the 11-year study period, growing from 1.2% to 3.4% – a reminder of how much better we need to be doing to prevent complications in young people with diabetes.

This data aligns with a recent worldwide report from the IDF’s 7th Diabetes Atlas, showing a similar trend in pediatric type 1 diabetes growth across the globe. These results also run counter to a recent New York Times article claiming that diabetes diagnoses are declining in the US, based off of the CDC’s recently published 2014 diabetes data. That widely publicized CDC data did not separate type 1 from type 2, ignoring the evidently different trends between them. While the rate of total diabetes growth may be slowing down in the US, this Diabetes Care study suggests that decline is probably driven entirely by type 2.

The results also highlight the need for expanded data on type 1 diabetes at a population level, especially since the trends in type 1 diabetes do not seem to parallel those in type 2 diabetes. We urge the CDC to break out the data for type 1 and type 2 diabetes in the future so we can all better understand and compare the growth of these two diseases. -AB/AJW/KC