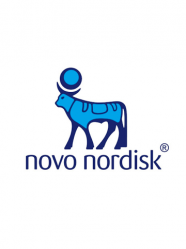 In December, Novo Nordisk announced that it will advance FIAsp, an ultra-rapid-acting version of Novolog (insulin aspart), directly into phase 3 trials in late 2013 (the last series of studies before a drug can be submitted to regulatory authorities; see the learning curve in diaTribe #16). The company expects the phase 3 program, called “Onset,” will include about 3,000 patients with type 1 or type 2 diabetes. The timing means that regulatory submission of FIAsp could occur around late 2014 or early 2015 at the earliest, meaning approval could come as soon as late 2015 or early 2016.

We view this announcement as exciting news, particularly since Novo Nordisk is the biggest insulin manufacturer globally, and we believe mealtime insulin is the insulin that has the most room for improvement. Compared to current fast-acting insulins (Novolog, Humalog, and Apidra), an ultra-rapid-acting insulin like FIAsp would have the biggest impact around mealtimes, since the speedier insulin action would better match the quick rise in blood sugar that follows meals (and better mimic the near immediate speed of insulin in people without diabetes). A faster insulin would also be more convenient than current rapid-acting insulins, which are recommended to be taken about 30 minutes before meals. Newer ultra-rapid-acting insulins could also be associated with less hypoglycemia (and thus, potentially less weight gain) – if the insulins can drop blood glucose more quickly, patients would be less likely to stack insulin and experience delayed hypoglycemia. Last, a faster-acting insulin would significantly improve efforts to develop an artificial pancreas, since closed-loop algorithms’ ability to control glucose tightly is limited by the slow speed of available rapid-acting analogs.

Novo Nordisk’s FIAsp is the ultra-rapid-acting insulin second closest to market, behind Mannkind's Afrezza (an ultra-rapid-acting inhaled mealtime insulin for people with type 1 and type 2 diabetes). MannKind plans to resubmit Afrezza to the FDA in the third quarter of 2013, meaning approval could come sometime in the first half of 2014 (Afrezza was previously denied FDA approval in January 2011). Biodel has several different ultra-rapid-acting insulins in development, and data from phase 1 and phase 2 studies are expected throughout 2013. As noted in conference pearls in diaTribe #44, Halozyme is also attempting to produce faster-acting insulin by adding an enzyme (PH20) that would temporarily degrade connective tissue in the skin, allowing insulin to be absorbed more quickly. One approach will test an injection of PH20 prior to inserting an insulin pump infusion set (“pre-administration”). Although PH20 is already FDA approved for use with other medications, Halozyme plans to conduct a large study in 2013 to confirm the early promising results the company has seen in insulin pumpers. It’s been great to see new progress on basal insulins, but especially for pumpers that only use rapid acting insulin, this will be an important move forward. Finally, the patents will expire in the next few years for current “rapid acting” insulins (Humalog, Novolog, Apidra), which means that those will also become more accessible for many more patients – very positive in our book, as they tend to work better for many patients than the traditional “regular” insulin, which is far less stable. We look forward to watching this field move forward.  –AB