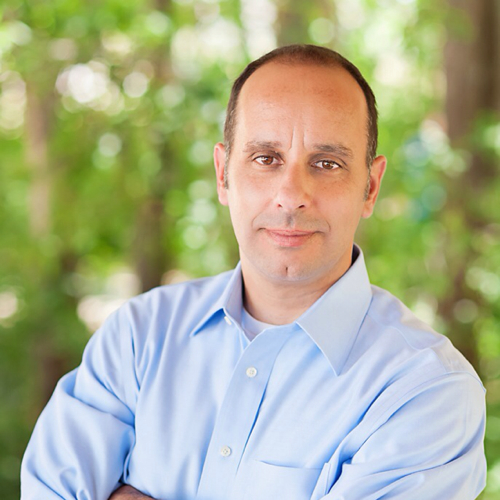 I've been hearing about an “artificial pancreas” for years. Some researchers are now calling it the “Bionic Pancreas,” and basically, it is a system that uses a continuous glucose monitor (CGM) and an insulin pump to deliver both rapid-acting insulin and glucagon as directed by a computer algorithm. Even though our family is a big fan of the Dexcom G4 Platinum CGM, I considered our past experiences with the device and concluded that there was just no way that the Bionic Pancreas could automatically control blood sugar.

My daughter Elise was diagnosed with type 1 diabetes at 12 months. Like most people who are intimately familiar with T1D, I thought, "Wouldn't the Bionic Pancreas be awesome?" and then I went on with my life. I knew the estimated time of arrival was probably five to ten years away, which in diabetes-speak meant “never,” or really far into the future.

Fortunately, I decided to attend the Bionic Pancreas session this year at the Children with Diabetes Friends for Life conference in Orlando. I wanted to find out what all the buzz was about. Long story short: I was blown away. Between listening to Ed Damiano explain the history and the timeline and hearing firsthand stories from Kelly Close and Scott Scolnick who participated in the Beacon Hill study in Boston and also spoke at Friends for Life, I could for the first time imagine a major breakthrough in T1D management.

When Ed talked about the study for 6- to 11-year-olds, I thought for sure they already had all the kids they needed, but instinctively wondered if it was possible for Elise to participate. During the session, one adult mentioned that it is sometimes hard to get young kids for these types of studies. I took out my phone then and there and emailed Ed, telling him my daughter was six, and she might be willing to be in the study.

But then I realized I just couldn’t wait for him to check his email. We ended up having an impromptu and very inspiring conversation with Ed, his team, Kelly, and Scott later that afternoon, and later that night we received the consent forms for review. This all happened on Thursday, July 3.

Two days later, still at Friends for Life, we had a formal meeting in which Elise got to play with the bionic pancreas. We asked a slew of questions and learned more about the study and the two-week camp, an hour outside of Boston. On Tuesday, July 8, only five days after I first spoke to Ed, we had a phone interview with one of the doctors to make sure that Elise was eligible, and later that evening we received confirmation that Elise had been accepted into the trial. It all sounded too good to be true.

The next week was a blur. Viruses swept our family. Our two sons were sick, and our greatest fear of Elise picking it up came true. She was first diagnosed with strep while in urgent care with a 104.3 fever, and after improving a few days later, a rash broke out on her hands and feet. Diagnosis: hand, foot, and mouth disease.

While in the throes of her rash, we were asked to be interviewed by Robbie Owens from CBS TV in Dallas. As exciting as that was, we feared that all of this might not happen. How could we agree to an interview when we knew if Elise was still getting rashes on Friday, she could not get on the plane?

Thankfully, on Thursday we got the green light from the camp's medical staff. Elise would be okay to go to camp on Sunday.

On Friday morning, Robbie Owens came to our house, interviewed us, and did an awesome job telling our story. That night our family was on the 5 o'clock news, and the feedback on Facebook was amazing.

On Saturday, July 19, Elise and I flew to Boston. We spent some time downtown at the Public Garden, and she loved it. 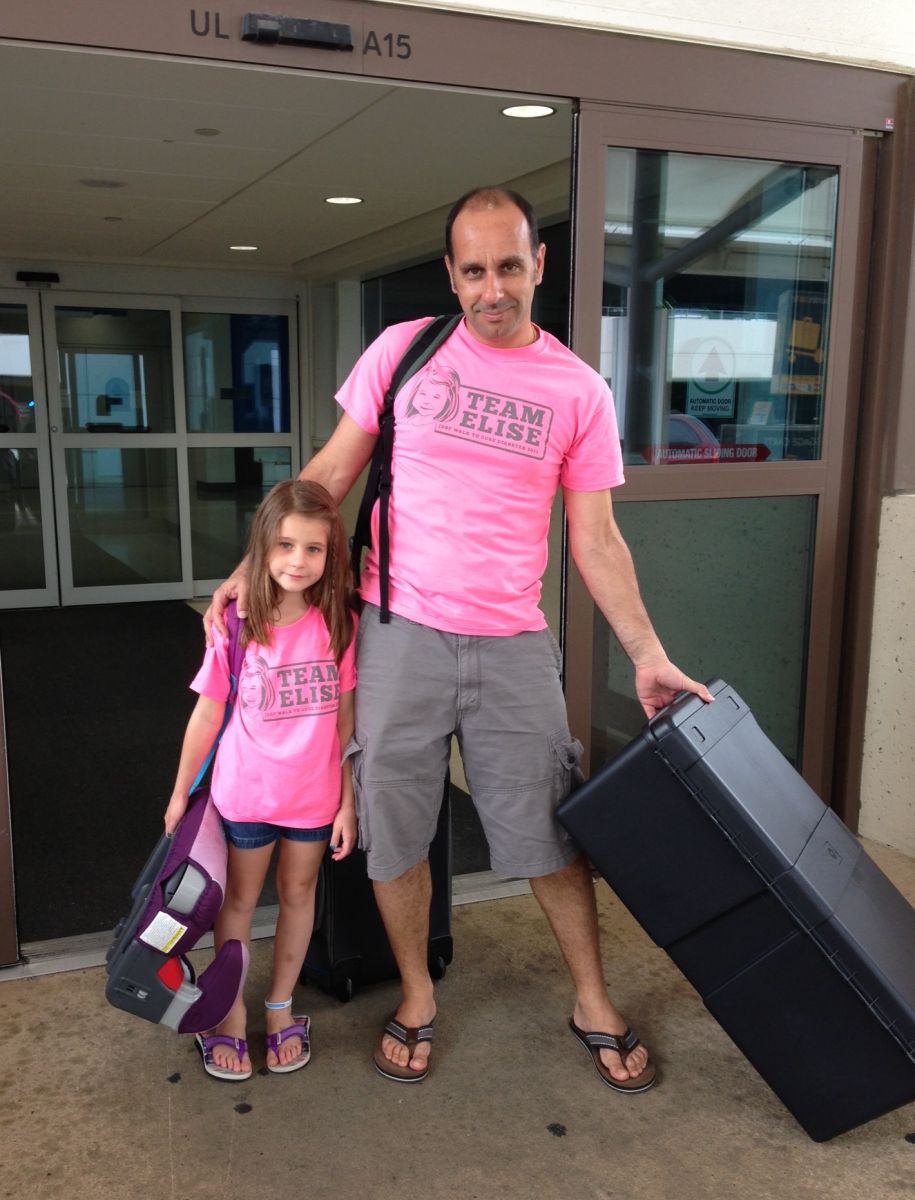 The next day, 17 days after sitting in on Ed’s session, we were at camp! We signed waivers and forms, found Elise's cabin, picked her bed, unpacked, had lunch with the camp counselors, picked activities, got her camp picture taken, did a swim test, picked out a couple of things from the camp store, and began the process of setting up the Bionic Pancreas. Two sites were inserted for the t:slim pumps, one that contained insulin, the other containing glucagon. Another site was inserted for the Dexcom G4 AP CGM (a special version of the Dexcom with an improved algorithm), and her personal OmniPod pump and Dexcom G4 Platinum CGM were taken off.

I can’t wait to fly to Boston to pick her up and hear all the stories from camp - this is the first time that Elise has been away from us. Ever.

I thought leaving her at camp would have been harder than it was, especially leaving her blood sugars in the control of a computer algorithm! I’m thankful I was able to leave confident that the both the staff and Elise had everything under control.

As it turns out, making history is doable when you have amazing people at the helm.

A Q&A With Elise after Bionic Pancreas Camp:

How was the bionic pancreas?
I only had two lows!

What did you think about the bionic pancreas?
I liked it a lot because I was less high the whole week. I didn't like the tubing because I'm used to the Omnipod, and I would forget to clip on the pumps. I wish they could make one without tubes.

Did you run into any issues with the bionic pancreas?
The glucagon site hurt a lot around the site at first, but after two days it didn't hurt ... I'm not used to getting glucagon.

What was it like to get glucagon?
Kind of funny - I had a funny feeling at first and then I couldn’t even feel it.

If you could choose, would you prefer to have a system with insulin only, or insulin plus glucagon?
Insulin with glucagon in one pump.

What did you think about not having to worry about the regular diabetes stuff?
It was kind of different because I didn't have to bolus or check a lot.

Was it hard to carry the bionic pancreas around?
A little bit because there was a lot of stuff to carry around.

What was it like to go to bed with the bionic pancreas? Were you scared?
It was okay. It was weird too because I usually only have the Omnipod on so I had to unclip the pumps and just put them on my bed so that I could roll around in my bed. No, I wasn’t scared.

Was the bionic pancreas better at controlling your blood sugar than you expected?
Yes because I thought I would go high and low a lot.

At meals, did you tell the bionic pancreas how much you were going to eat?
I don’t remember, the nurses did that.

If you could change one thing about the bionic pancreas, what would it be?
Not having two pumps and tubes.

Were you ever frustrated while wearing the bionic pancreas?
No.

While you were wearing the bionic pancreas, was there a time when it completely surprised you?
Yes, when I had a high blood sugar and then it came down by itself.

What wonderful things did you get to eat without worrying?
Oreos!

Has it been difficult to go back to having a pump and CGM now that you’ve seen what the bionic pancreas can do?
Sometimes.

What do you think about being the first six-year-old in the world on the bionic pancreas? That's really cool!

Stay tuned for future updates on Elise, the bionic pancreas, and more!