Our Interview with the new JDRF interim CEO - Derek Rapp 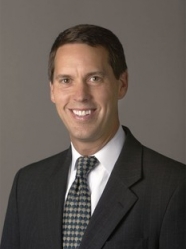 Short summary: In an exclusive, first-look interview with JDRF’s newly elected interim CEO Derek Rapp, diaTribe had the opportunity to hear about his plans for the future of JDRF. Notably, he hopes to continue funding innovative research in several key areas (artificial pancreas, prevention, encapsulation, and more!), further JDRF collaborations and partnerships, and get more involved in diabetes advocacy!

On Friday, the diaTribe team had the opportunity to speak with Derek Rapp, the newly appointed interim CEO of JDRF. Mr. Rapp is the organization’s fifth CEO over the past 10 years, replacing previous CEO Jeffrey Brewer (read our interview with Mr. Brewer here). As someone who has been heavily involved in JDRF in the past- serving as the previous Vice Chair of JDRF’s International Board of Directors and having been involved in other capacities since 2004- he has a strong amount of faith in the JDRF staff and cares deeply about its mission.

Mr. Rapp will be bringing both a personal connection with diabetes (his son, Turner, was diagnosed with type 1 diabetes ten years ago) to his role, as well as an extensive business and biotechnology background. His wife, Mrs. Emily Rapp, has also been involved with JDRF, previously leading the board of JDRF’s St. Louis chapter. Mr. Rapp will be moving from his current home in St. Louis to Manhattan (JDRF’S home base), but will spend his weekends with his family in St. Louis.

KELLY CLOSE: Congratulations on your new role. You’ve been on the JDRF International Board for nearly five years but going from the board to the CEO position is a new ball game altogether. Can you share what your biggest priority is?

DEREK RAPP: Actually, it’s just my second day on the job – I just flew in yesterday! But it was pretty cool timing. We just had a board meeting last night and today and my head is spinning. Whenever you’re sitting with the board, you end up coming away with lots of different ideas, perspectives, and thoughts. It’s very exciting, and also it means we have a lot to fulfill.

In my opinion, we had a strong foundation already in place. We just finished a very solid year for JDRF, and my first objective is to help the organization to continue its great work. We have a strong team, and I want to make sure that the team feels empowered and encouraged to go do their great work in their respective areas, whether that’s in research, advocacy, fundraising, or anything else. It’s exciting to be part of an organization with so many smart and capable people. So my first priority, by far, is to make sure that our team knows that we want them to continue to do the work they were doing.

I think that we’re going to see a continuation of the research areas that we’re already going in. Of course, there is the whole artificial pancreas project, which has received a good deal of attention. Encapsulation is another area that has gotten a lot of attention recently, and with good reason, as we work toward a clinical trial of ViaCyte’s therapy. Another one we’re excited about is smart insulin, I also like the effort that we’re seeing in the repurposing of drugs, for example, in the area of beta cell regeneration and restoration.

If a lot of what I’m saying sounds consistent with something you think you have heard from Jeffrey, it’s because that is the big takeaway here. We have continued a vision and a strategy that was largely already in place. Will it be refined? Of course – any entity refines itself. But we’re driving on the path we’ve already gotten on.

KELLY: More recently, there seems to be more demand for funds than ever before, particularly for high-profile projects. While JDRF is raising more funds, the greater demand for new projects makes it difficult. It would be instructive if you could discuss this evolution.

DEREK: Yes, there are some fundamental trends that I think get at why that’s the case. In fact funding isn’t scarcer. The issue is that the opportunities to make even more advances at a faster clip have never been greater, so if we had more money we could invest it in more promising science than ever before. We see incredible developments happening in biology and healthcare research generally. That’s very true in type 1 diabetes. We see understanding of biochemical pathways and targets as a result of all the genomics work. We see exciting activities in the devices space, where a number of companies are taking their understanding of both biology and bioengineering and combining that in some very promising ways. Additionally, repurposing drugs is somewhat of a trend generally, and with good reason – the idea that we could see products reach the marketplace faster and at a lower cost from pharmaceutical companies. Also, we have just spent more time on the job – JDRF has been funding research for 44 years, and we’ve learned a lot in that time and great things have happened as a result.

If you look at the number of clinical trials that are active right now in a number of different areas compared to in 2005, it’s exciting. And so you’re right – there is an abundance of promising opportunities. Obviously, we don’t know which ones will ultimately bear fruit. But from a simple numbers game, I’m very excited and encouraged that a number of them will in fact ultimately succeed.

I also think it’s important to mention that for the most part, the projects are not interrelated with one another – if one fails, it doesn’t pull the plug on a whole lot of others. In many cases, they will be independent events, even within specific areas. We’re going to see successes. I feel confident of it, and I look forward to seeing which it will be.

KELLY: Since the investments are going to increase in some areas like automating insulin delivery, do you sense a stress inside and outside of JDRF as you consider the potential funding reductions that we’re inevitably facing?

DEREK: We absolutely want more funds to make more of these things happen. Obviously, if we are not as successful as I hope we will be in raising even more research dollars, then we will have to make hard choices. That is the reality. But I don’t anticipate having to do so. Again, the hard choices now are more about ensuring that we deploy the funds we have in a way that optimizes the potential of all the areas we believe offer so much potential.

I believe strongly in continuing, and even increasing, the collaboration activities of JDRF. We are a significant funder in this area as an organization. But whether we’re talking about other companies or other types of entities, I hope and expect that we will be working to collaborate with them in order to make advances. So if in some cases, JDRF may be more of a validator and enabler and a little less of a funder – that’s still important. At the end of the day, what we want to do is have impact for patients – we’re all about curing, treating, and preventing this disease.

KELLY:  As you think about all the options, what do you think are the best ways to direct the advancement in science or partnerships? Do you think those have changed during your time at JDRF?

DEREK: Gosh. In truth, the fundamentals that I heard back when I was first involved in research allocation decisions – almost a decade ago – feel much the same to me now. The only difference today is that there are more opportunities. We are still very excited about making this disease less and less burdensome until the day when we have a true cure. And we’ve always been about that, at least as far as I can recall. We are willing to take some risks and fill the gaps.

For instance, we can take a chance funding something that comes from a “non-traditional person.”  A great example would be Todd Zion with SmartCells [Editor’s note: SmartCells is a company working to create a smart insulin]. He was just finishing up at MIT, had a cool idea, and JDRF helped get that started. I still want to have that willingness to be innovative, entrepreneurial, and use innovative grants of different sorts. We’re still funding young investigators. We’re still doing many of the things that we did from the time I’ve been involved.

We want to see a smart and capable type 1 diabetes community, and I’m delighted to see other entities that are here to help make great things happen.

In the case of small companies, they face some unique challenges. Through a vehicle like T1D Innovations, we can help them get through a tough period – the so called-valley of death. Then, the technologies can come forward and ideally be commercialized in many ways: by that particular company, through a liquidity event, or through some sort of an acquisition from a larger company (e.g., SmartCells). In summary, this is an important area, and I’m hopeful with regard to T1D Innovations. But these activities are still pretty early.

KELLY: We understand. Your son Turner was diagnosed with type 1 diabetes in 2004, which gives you a particularly keen understanding of the patient perspective. On behalf of all patients, thank you so much for your commitment to JDRF over so many years. We are curious, do you think that the way patients are demanding therapies, products, and support has changed, generally speaking, in the last 10 years? If so, has JDRF played a role in that?

DEREK: It’s hard to speak for patients because I think there are a lot of different perspectives. When I go around talking to different groups, I see people that are very excited. When I tell them about the different fundraising initiatives and the different research projects that we are trying to fund, I hear such enthusiasm, and that’s for a variety of types of projects. I think that if there’s been a change, it’s that people now see more possibilities and more of a continuum or spectrum. I see patients and their families expecting and excited about a wider variety of products than would have been the case 10 years ago.

I also see people looking to JDRF to help with advocacy. That’s something that is increasingly understood and increasingly seen as an important part of our mission too. If we’re going to be relevant as an organization, we’re not only going to help see these products succeed scientifically, but also that they succeed in the regulatory process and that they are available in an affordable way. And if we don’t hit all those marks, then we haven’t met our mission fully as an organization.

KELLY: Thank you so much, Derek.

DEREK: Thank you for your important work as well and the work of diaTribe in particular.