Our Reaction to the New York Times’ “Midnight, Three, and Six” 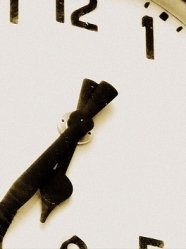 At diaTribe, we are always grateful when diabetes receives coverage in the media. Since it affects so many people, it’s always a mystery to me that it gets so little exposure. That’s why I was excited to see the short documentary “Midnight, Three, and Six” featured on the New York Times website. The film follows the family of a type 1 teenager named Grace, and includes interviews with Grace and her mother on how they manage her condition daily. While some have praised the film for displaying the real hardships these families face each day, the film has caused some frustration within the diabetes online community. The documentary struck a nerve because it highlights a very dark and fragile side of what it’s like to live with type 1. Of course, this is only one story, and our hearts go out to this family and those who relate to the struggles portrayed in the film. However, we’d like to share our reaction to the film and how we believe it did not fully capture the broader picture.

Type 1 diabetes is a chronic condition with potentially threatening consequences every day. However, it’s far from a death sentence. To the editors at the New York Times, I applaud you for your coverage of a patient’s experience with a complicated disease.  Sharing one family’s struggle shines a light on the challenges of daily management. However, the story does not end there, nor does it encompass the stories of more than ~1.5 million people who live with type 1 diabetes in the US, or the 27+ million people living with type 2 diabetes. I ask you to engage with many more patients to understand not only the trials of living with diabetes, but also the triumphs. Many of us not only survive the disease, but also have learned to thrive with the confidence to manage it and the hope that things will improve even further.