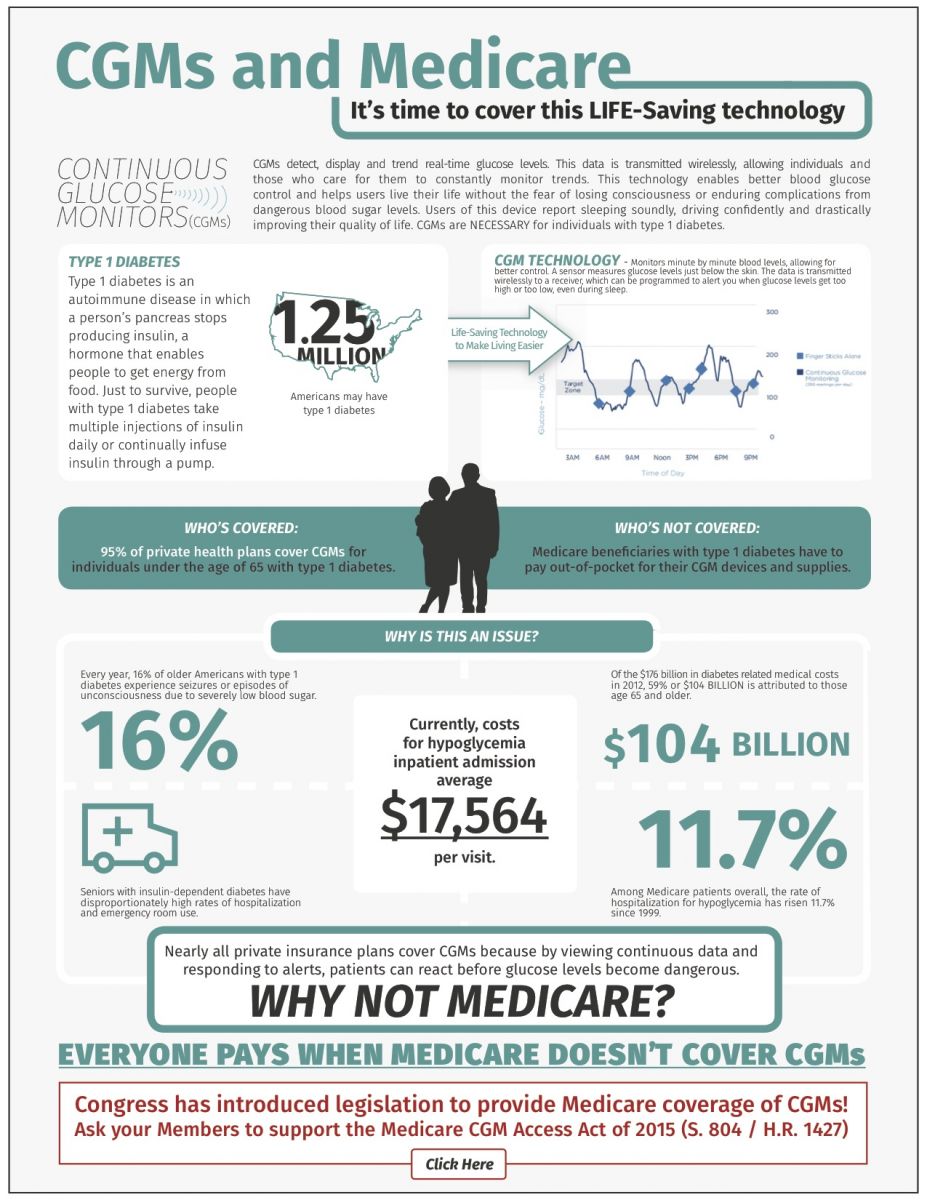 Twitter Summary: 31 Senators + 157 House members have sponsored Medicare CGM Access Act, but over 50% of Diabetes Caucus members have yet to sponsor.

As of today, 31 Senators (31% of total Senators) and 157 House members (36% of total) have cosponsored the 2015 Medicare CGM Access Act, solid progress since the bill was reintroduced in March. However, over 50% of Congressional and Senate Diabetes Caucus members have yet to co-sponsor the bill.

JDRF is working incredibly hard to get more of these members to sponsor the bill, and its page here makes it easy to send a letter to members of Congress – we did it and it took fewer than five minutes. Passing legislation is an incredibly difficult, time-consuming task. In order to get Congress members to prioritize signing this bill over thousands of others, they need to hear from their constituents on why this issue is urgent and important. The more people in their state/district they hear from, the more likely they are to take action to sign the bill.  We encourage anyone to use JDRF’s contact form to show support for Medicare and CGM access.

What would the Medicare and CGM Access Act do?

Estimates suggest that roughly 25-30% of the type 1 diabetes population is enrolled in Medicare, which translates to ~400,000 patients (assuming ~1.5 million type 1s in the US). JDRF further estimates that roughly one-third of type 1 patients on Medicare (~133,000 patients) are under 65 years old. Passing the bill would expand Medicare coverage of CGM to these hundreds of thousands of patients by creating a Medicare benefit category for CGM and establish a payment and coding structure to go along with it. The bill has also been strategically drafted to pave the way for reimbursing future artificial pancreas technologies.

Earlier this year, Bob Amato, a person who has lived with type 1 diabetes for an impressive 67 years, delivered a stirring testimony before the Senate Aging Committee about the need for CGM. He benefited greatly while enrolled in the JDRF CGM trial, but has since been unable to access it. His incredible remarks can be found here, detailing his battle with hypoglycemia unawareness and a car accident that almost killed him. This bill would help the thousands of people like Mr. Amato who struggle every day with diabetes management but are unable to afford CGM. Indeed, according to the JDRF:

We support the entire coalition working on this bill, which includes AADE, AACE, Endocrine Society, JDRF, Dexcom, J&J, and Medtronic. We hope Congress sees the benefits in CGM, particularly for these vulnerable populations.