Poll Suggests Fewer Americans Want to Lose Weight, but is the Data Misleading? 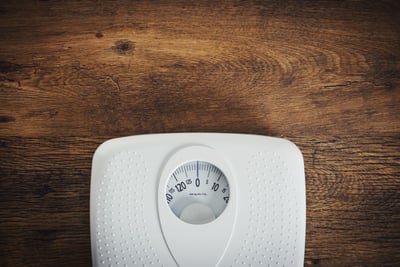 Gallup recently published the findings from its 2015 Health and Healthcare poll, demonstrating that 49% of Americans want to lose weight – a sharp decline from recent years, as roughly 60% of Americans expressed willingness to lose weight from 2001-2008. With these new findings, 2015 marks the first time in at least 25 years that less than half of Americans wanted to lose weight. This decrease is unfortunately coupled with rising obesity prevalence rates that reached a new high of 37% from 2011-2014, according to the latest CDC data. Indeed, of those polled, fewer than one in four people said they are “seriously trying” to lose weight.

Do these numbers really mean that fewer Americans actually don’t want to lose weight? Not necessarily.

Indeed, about 56% of American adults are now describing their weight as “about right,” an increase from previous years which ranged between 46%-54% (1990-2008). Moreover, the percentage of people describing their weight as “very” or “somewhat overweight” has declined from 48% in 1990 to just 37% in 2015. This is highly concerning because it’s far from reality: Gallup’s estimated obesity rate in 2014 was nearly 28%, the highest ever in the seven years Gallup has tracked it.

So while the poll reveals that fewer adults want to lose weight, it may actually suggest Americans are changing their idea of what constitutes a “normal” weight. This poll sends a stark reminder that while obesity stigma remains a significant concern, society is also prone to accepting higher levels of weight and obesity as a new normal. For us, it’s also alarm that greater education and awareness are still needed about the serious health concerns that can come with obesity. –MA