Free for patients! Initially available in Austria and Germany, and soon in the US.

Roche Diabetes Care and mySugr announced a global partnership that will directly integrate the Bluetooth-enabled Accu-Chek Connect meter with the world’s most popular diabetes app, mySugr Logbook (over 600,000 registered users on Apple iOS and Android devices in 51 countries). After testing blood sugar on the Accu-Chek Connect meter, the blood glucose result is sent straight into mySugr – no cables, no manual entry hassle. The integration has already gone live in Germany and Austria and will come to the US soon (and hopefully globally over time).

In a major plus, Roche and mySugr will give people with diabetes free access to:

[Note: Users still have to acquire Roche Accu-Chek Aviva strips on their own.] 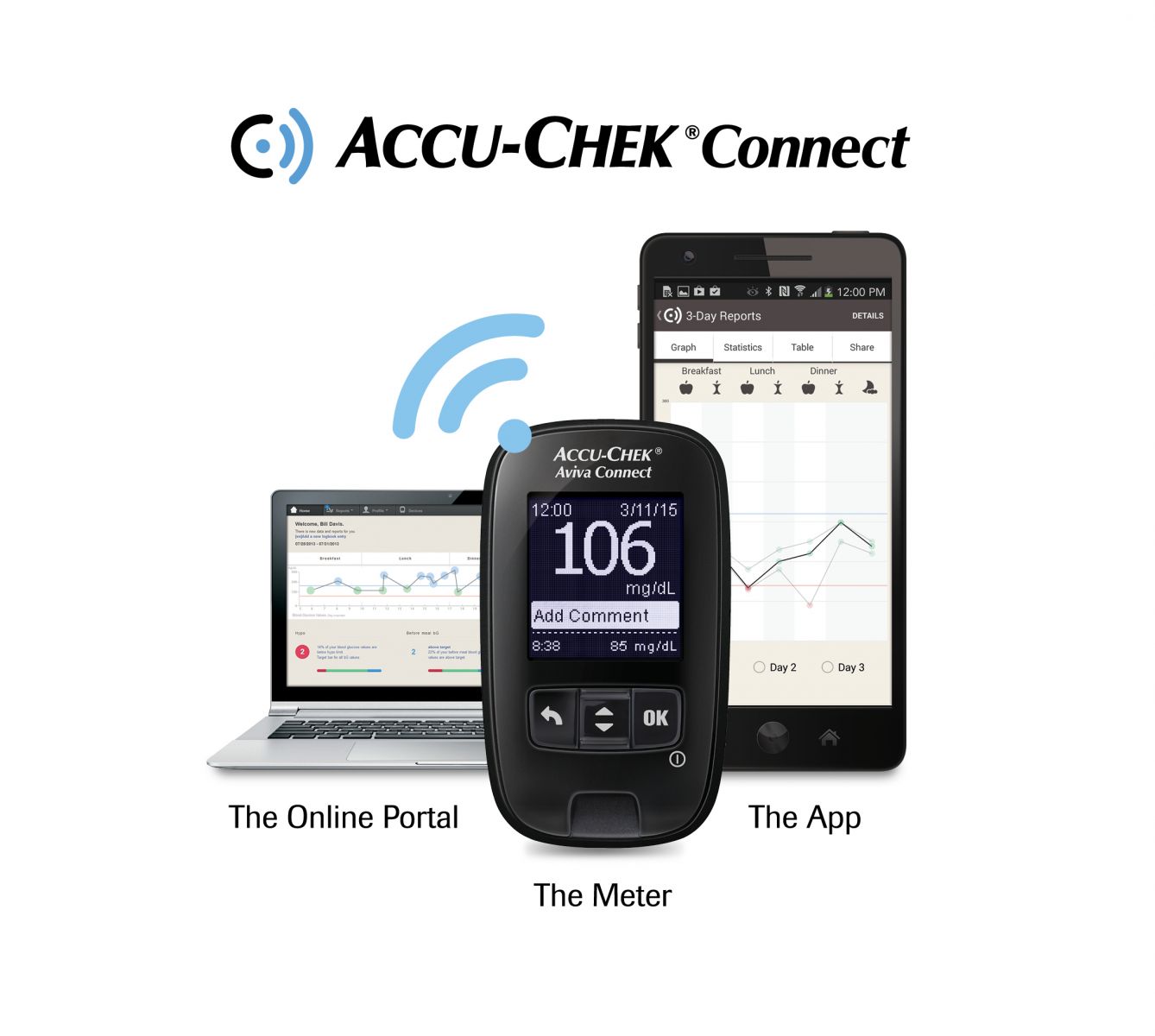 To order a free Accu-Chek Connect meter, users within the mySugr Logbook app simply click on a card that pops up, allowing a name and shipping address to be entered. Once the meter arrives in the mail and is paired to mySugr, the app automatically recognizes it and upgrades to a Pro Account. This adds a lot of very valuable features for users:

Users with an existing Accu-Chek Connect meter can directly pair it with mySugr, and don’t have to order a new one.

How does the integration work?

The Accu-Chek meter automatically uploads blood glucose readings into the mySugr app via Bluetooth, just like it would for Roche’s Connect app. The mySugr app must be open on the phone for meter readings to transfer via Bluetooth, though it can be running in the background and the phone can be locked. Users don’t have to change anything about their testing behavior; for example, testing and putting the meter back in the case without pressing any buttons still sends the result to the phone.

The Bluetooth pairing process is very fast (~20 seconds) and even easier than with Roche’s own app. If the phone is out of range following a test, the meter will store all the missing data and transfer it into mySugr the next time the phone is in range. Once a blood glucose reading is uploaded, swiping right on the phone’s lock screen pulls up the mySugr app and allows additional details to be added – carbs, meal picture, insulin, use of the bolus calculator (in Europe only), etc.

mySugr Logbook is the world’s most popular diabetes app, bringing patients a terrific user interface design for logging blood glucose, medication, food, exercise, and more. The app has the fastest data input of any we’ve tried, brings useful charts and statistics (e.g., estimated A1c), helps make diabetes more of a game (you get points for logging to tame your ‘diabetes monster’), motivates users with challenges, and more. mySugr also reads data from Apple Health (e.g., to import Dexcom CGM data) and integrates with a few other meters, including the iBGStar (Germany), GL50evo (Germany and Italy), and iHealth meters (North America & Europe).