Safe At School: Who Can Administer Insulin in School? 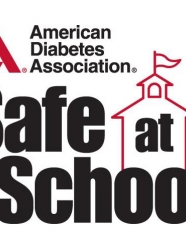 On May 29, the American Diabetes Association (ADA) and the American Nurses Association (ANA) appeared before the California Supreme Court to argue whether designated unlicensed school personnel can administer insulin to students with diabetes. The ADA argued that unlicensed, but trained and designated school personnel can give insulin, while the ANA held that the law only allows licensed nurses to provide such care. The court’s ruling on this matter will affect the 12,000-16,000 students in California public schools who have diabetes. Importantly, only 33% of public schools have full-time nurses and 26% of schools do not have any licensed healthcare professional on staff. When a nurse is unavailable and the student cannot self-administer insulin, parents or nurses from other schools must travel to the school and help the student. The court will decide the matter within 90 days after this hearing.

During oral arguments, the California Supreme Court Justices challenged Mr. Dennis Maio, who represented the ADA, by asking whether an unlicensed person giving insulin intrudes on the responsibilities of a nurse. The ADA believes the Education Code permits unlicensed school personnel to give insulin as long as three gatekeepers grant permission: the student’s physician, parents, and the school district. The Justices also wondered if administering insulin required “substantial scientific knowledge and technical skill,” the official language used to describe a nurse’s duties. Mr. Maio countered that children self-administer insulin, and quite pertinently, Justice Goodwin Liu brought up Supreme Court Justice Sonia Sotomayor, who gave herself insulin injections when she was just seven years old. Mr. Maio admitted that there are risks when a child takes insulin, but he also rightly pointed out there are risks when a child misses insulin if a nurse were unavailable.

Ms. Maureen Cones’ presentation on behalf of the ANA argued that the case was about keeping students safe, and unlicensed individuals might cause harm. She asserted that administering medication is in the purview of a nurse and that the law does not allow anyone to engage in the practice of nursing without a license. The Justices questioned this interpretation and seemed to disagree with Ms. Cones. Most importantly, how can schools provide safe environments for students if 26% of them do not have a full- or part-time nurse? Ms. Cones held that federal law requires schools to provide for student health services, and budgetary issues cannot excuse using unlicensed personnel to administer medication.

For background, the ADA’s Safe at School campaign advocates on behalf of students with diabetes for a medically safe environment and the same educational opportunities as other students. In 2005, the ADA filed a class action lawsuit against the California Department of Education for not providing appropriate diabetes care for students. That case was settled in 2007. As a result, the state issued an advisory that told school districts that school staff could be trained to give insulin if that was necessary to meet the needs of students under federal law and if nurses were not available. Four nursing organizations, including the ANA, challenged this advisory in a new lawsuit shortly thereafter, and in 2008 the trial court sided with the nurses – the resulting decision meant only nurses were legally permitted to administer insulin to students in schools. In 2010, the ADA appealed and lost, but a subsequent appeal has now brought the case to the California Supreme Court.–MN