Siblings with Diabetes: An Older Sister’s Thoughts on Diabetes Care 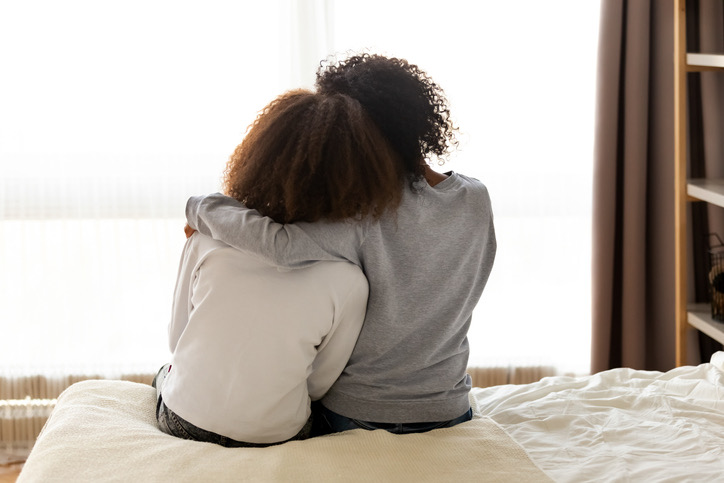 “You have to have a team in order to live well with diabetes! That’s true whether you’re 5, 15, 55, or 85!” says Dr. Jill Weissberg-Benchell, a  professor of psychiatry and behavioral sciences at Northwestern University, where she focuses on pediatric chronic disease management.

Because diabetes is complicated and challenging, successful care often involves a supportive network of loved ones. We’ve previously discussed how to navigate a new diabetes diagnosis for your teenager, and how to transition care responsibilities from parent to child, but what can siblings do to support their family members with diabetes? Click here for additional resources for adolescents with diabetes.

Dr. Weissberg-Benchell said that in any family it can be difficult to balance responsibilities between parents and children as children grow older and responsibilities shift. Parents’ concern for their child’s health can be interpreted as criticism from the child’s point of view, creating family tension. This is especially true when raising a child with a chronic disease such as diabetes, because parents often help with diabetes management. That’s why support from other loved ones – like siblings – can be so important. 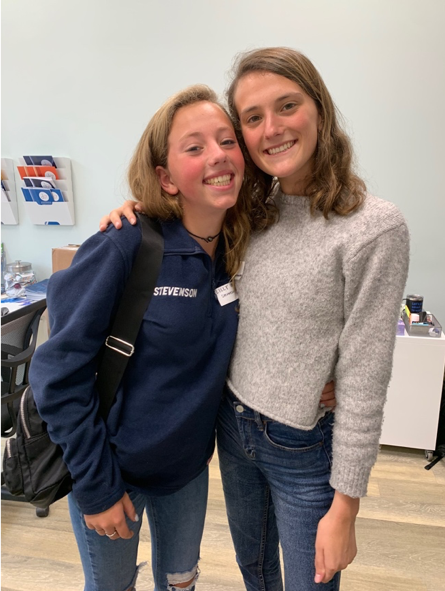 Dr. Weissberg-Benchell told us that “almost nobody has studied siblings and the impact of diabetes or any chronic illness on brothers and sisters.” While it’s hard to generalize the role that siblings play in different families, today we’re sharing one example of just that.

We interviewed Alexandra Varon, a student at Santa Clara University whose younger sister, Lilly, has lived with type 1 diabetes for eight years.

When was Lilly diagnosed with diabetes? How did you and your family react to the diagnosis?

Lilly was diagnosed in kindergarten, when she was five years-old and I was eleven-years-old. My best friend’s mom picked me up from middle school and told me I was going to sleep over at their house because my sister was in the hospital. When my parents told me that my sister had diabetes, I was confused; I had only really heard of type 2 diabetes, and I didn’t know the difference between type 1 and type 2.

The week before Lilly’s diagnosis we had a lot of Mango Tango juice in our house. Lilly drank six cups every single day because she was so thirsty and didn't want water. When she got to the hospital, a healthcare provider checked her blood sugar and it said “HIGH” – not even a number, just “HIGH.”

In the beginning my parents were very hands-on. Lilly didn't really have any diabetes responsibilities because she was too young – there are just so many factors that can influence blood sugar. Whenever I am home from college, I help Lilly with diabetes management on more of a “friend” level. For example, if we're going out to eat, I always try to make sure that the restaurant doesn't only have noodles or high-carb options to make picking food easier for her.

Another example is if Lilly’s continuous glucose monitor signals a low or high blood sugar and she doesn’t respond to the alarm, I’ll gently ask her, “What was that?” This helps remind her to deal with the high or low. I try to remind her of the little things that she might easily forget about, rather than trying to manage her diabetes care myself by dosing insulin for her. My parents had to do that when she was younger, but she doesn’t react to it very well, especially now that she is older.

I would say it's definitely made me more educated about different medical fields and inspired my interest in health and patient care. It's interesting to see my sister take on so much responsibility at such a young age. And of course, it’s hard to always remember her age in relation to what she has to do. Because of this, I would say it has made me more compassionate. It’s hard to know how much someone has on his or her plate by just looking at them. You would never know how much responsibility Lilly has taken on at such a young age – people with diabetes are very good at “hiding” their diabetes.

Whenever Lilly is sick, diabetes management becomes more challenging. If I am sick and throwing up at college, I can just lay in bed and recover. When Lilly is vomiting, she usually has to drink liquid carbs (instead of dosing insulin) to keep her blood sugar in range, because there is a chance that she will throw up what she’s eaten and will end up with too many units of insulin in her body (which would lead to low blood sugar). When Lilly goes off to college, she might be sick with a fever and have to deal with diabetes on top of that.

Is there anything you wish your parents knew about what it’s like to have a sibling with diabetes?

I would say the whole family aspect of diabetes is really hard. My parents were always kind of helicopter parents. As the older sibling, I understand their side and that they are trying to do everything they can to keep their daughter healthy and in-range. But I also understand Lilly’s perspective that she is doing everything she can, but still things can go wrong. Or sometimes when she does things incorrectly, things can turn out right – it’s the unpredictability of it all. I would say the hardest part is trying to help all of my family members find common ground and understand each other, when each of their perspectives make sense. I’ve also been the communicator between them; as I've gotten older, my parents have listened to me more and trusted my opinion more, but when I was younger, they didn’t really listen to what I had to say. I wish they could have known that often a sibling has a good perspective on the two sides and has the knowledge to know what is happening, in addition to being worried about their sibling.

Is there anything you wish your friends knew about what it’s like to have a sibling with diabetes?

I would say the hardest part for me right now is her friends. I think it will get better when she's older, but for now they don’t quite understand what Lilly has to go through to manage her diabetes. A lot of times they'll suggest getting smoothies or going out for food. It's fine for Lilly to eat smoothies and carbs, but it means she has to dose and deal with added work. Instead they could go to a Mexican restaurant and Lilly could order beans and a salad, or something with less carbs. I think they treat her like everyone else, which is good if you're not that close with her, but I feel like her close friends could be more aware and more supportive.

Is there anything you wish Lilly knew?

Everyone is on her side. No one is trying to make her life harder. We're all just trying to navigate the already difficult teenage years. It’s hard to maintain target blood sugar numbers during the teenage years, and we're trying to help her keep her blood sugar as low as possible and figure out a good way to balance everything by herself. But also, Lilly needs to know that she doesn’t have to deal with it all herself, and she can ask for help.

Just try to find the middle ground between being overly protective (like parents) and being very relaxed about it (acting like the sibling doesn’t have diabetes). I feel like I can sometimes be too much of either. Try and find a way to be on their team, without being too much of the extremes.

Like Dr. Weissberg-Benchell reminded us, it’s important to realize that everything that's happening is not your sibling’s fault. I know that sounds obvious, but if they happen to dose incorrectly or forget something, it's all part of being human. Don’t get mad about mistakes; instead try to be understanding and think of a solution: what is the next step? How are we going to respond to this? People without diabetes forget things all the time, but it often doesn’t affect our health because we don't have diabetes.

I think moving towards time-in-range as a measure of diabetes management is such a good idea. I know for Lilly it's so hard to constantly be told your A1C was bad again -- it's such an abstract number that you can't really think about on a day-to-day basis. With time-in-range you can ask, “How can I do my best to be as in-range as possible today?” And if you mess up, you can learn from that and try again tomorrow.

This interview has been modified and condensed for clarity.

For more resources for teens with diabetes and their families, click here.