Spotlight on The BETES Org: The Patient Voice 2016

What is the role of the health humanities in diabetes care? 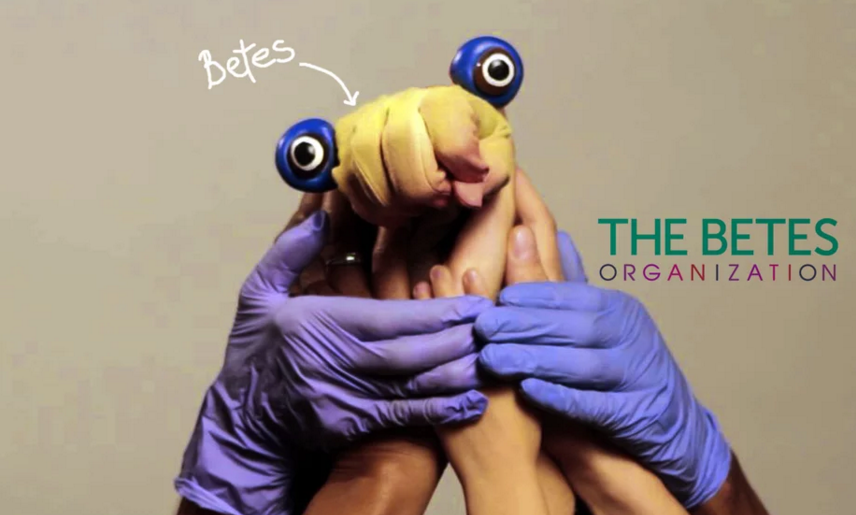 The incidence of “diabetes distress” is far greater than is often appreciated, with up to 39% of type 1 and 35% of type 2 patients experiencing significant levels of diabetes distress at any given time. Additionally, people with diabetes have been found to have significantly higher rates of depression than those without diabetes. The BETES Org is one nonprofit organization that is focusing on these issues, giving people the language to talk about these difficult emotions and bringing hope regarding what the future of health care and diabetes care might look like.

According to The BETES Org, which focuses on the health humanities, the healthcare community cannot address the full experience of illness without acknowledging the often-unspoken emotional complexity of living with chronic diseases like diabetes. To spread its message, The BETES Org recently hosted The Patient Voice 2016 in New York City. We invite you into The BETES presentation with us: 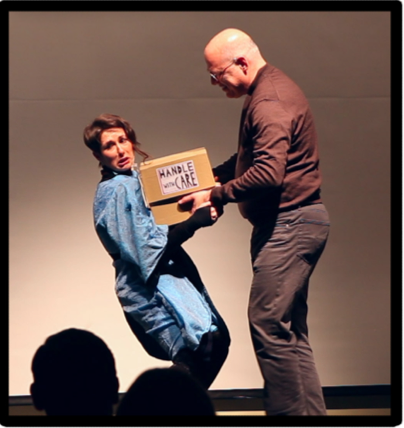 Marina Tsaplina, founder of The BETES Org, wanders onstage, staggering under the weight of the cardboard box in her hand. “TO MARINA,” it reads, “HANDLE WITH CARE.”

“You’re here!” she exclaims, overjoyed to see an audience of roughly 100 people,  all waiting to learn what hides in the box.

But it will be a while until they find out. Opening the box might sound simple, but it turns out that it’s not so easy. How can the audience convince Marina that it’s ok to open it, that they want to see what’s inside, when she won’t even admit that there is anything in there after all? Only with time, and with the support and trust of the audience members, is she able to take a deep breath and confront the box.

Out leaps The BETES, a puppet symbolizing the weight that Marina has been carrying in the cardboard box all along. It snaps at her, hurting her, but no matter how hard she tries, she can’t rid herself of it. Slowly, the tension recedes as they understand each other better.

“I’m not mean,” the BETES tells her as it snuggles up against her face. “I just am.”

Marina turns to the audience, voicing a deep realization as she gently pets the BETES: “BETES is me… or a very strange part of me.”

“Do you have a BETES that’s hurting you?”

The answer is a resounding yes. We all have a BETES, an emotional weight that we carry with us all the time and with which we have a complicated relationship. The BETES that Marina’s organization talks about is specifically born out of diabetes and chronic illness. “BETES” is a play-on-words that is not just short for “diabetes,” but also means “stupid” and “beast” in French, summing up how many people feel about their diabetes.

The BETES Org is here to teach the world of healthcare about that burden brought on by chronic illness. The BETES Org uses theater and puppetry to bring to life the emotional experiences that can come with conditions like diabetes. Marina chose puppetry as the organization’s main medium because it specifically “can give form and shape to things that have no form” – aiming to help give patients and practitioners alike the language to discuss the emotional and mental aspects of diabetes.

This is part of a movement called narrative medicine, or health humanities, which brings a more holistic understanding of health, taking into account the unique social and psychological influences on each person’s experience. The organization’s long-term vision is to address “these difficult places” for multiple disease states. “We want to understand the full complexity and range of what this means to each of us,” said Marina. “There’s not currently space for this in our medical dialogue, except for the brilliant movement of the health humanities.” 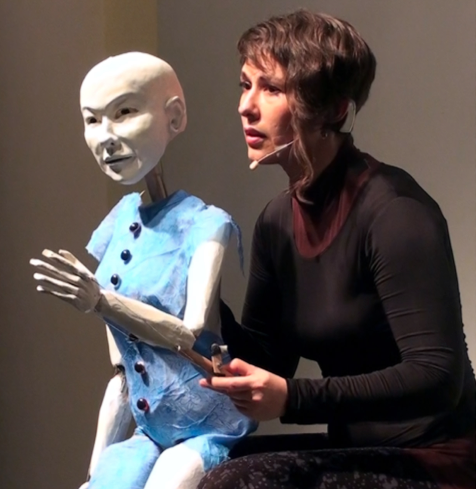 In addition to giving her performance introducing The BETES, Marina gave the audience a preview of the organization’s next program, The Invisible Elephant Project. Inspired by the responses to a survey filled out by over 900 people about their experience with diabetes complications – the invisible “elephant in the room” – the piece touches on the real fears that are “always there” for people with diabetes, but which are rarely spoken of. At one point in this performance, the puppet becomes angry with Marina as it’s trying to describe the “elephant.” Marina asks it why it’s so mad at her, and the puppet’s response struck a chord with the whole room: “Because you weren’t listening.” This last statement captures the heart of the problem that The BETES seeks to address: “the gap between the patient’s experience, and the doctor’s experience.”

During the program’s panel discussion featuring luminaries from the diabetes field and the health humanities, the experts discussed what made The BETES Org’s work so meaningful.

“I feel exhausted and drained because I went to places that you may think exist, but you don’t really go there. So many times in a doctor’s interaction and a doctor’s visit, you know it’s there, but you don’t talk about it. … That awkwardness in the show mirrors the kind of awkwardness that often occurs in the context of a health care provider and patient experience. … Sometimes as a diabetologist [one who specializes in diabetes], you feel like a charlatan. What are you actually doing? Am I changing their lives? Am I healing them, am I curing them? If you stop for a second, it’s not always for just people with diabetes, it’s also for their caregivers, lovers, friends, parents who are living with diabetes themselves. Can we find a way to accept it and live with it?”

Dr. Heather Stuckey, a behavioral health researcher at Penn State and The Foundation for Art and Healing living with type 1 diabetes, said:  “Art and creative expression always leave a powerful impact on whoever watches it, or senses it, or experiences it…. It makes you stop and think even for just a moment about what’s bothering you, what is so difficult in your life that can really only be expressed through drama and very few words.”

The “complications” piece was especially impactful for the panel members living with type 1 diabetes. As Dr. Stuckey said, “Diabetes never goes away. It is there every time you need to eat. You can’t even look at food without thinking about how much insulin it needs. Every ache or pain makes you think: am I getting some complication? What mistake did I make that is causing that complication?”

Manny Hernandez, diabetes patient advocate and Senior VP of Member Experience at Livongo Health, noted that complications are something “we aren’t used to talking about or articulating – it takes a lot of courage to bring them out. The environment isn’t very welcoming to these conversations within healthcare.”

Despite the fact that “the clinician-patient relationship is at the heart of diabetes care,” as Dr. Barbara Anderson, The Patient Voice 2016 Honoree, put it, there is a long way to go when it comes to that relationship for many people.

How did the other audience members react? When they were invited to write their responses to the first program anonymously on notecards, their reactions to the performance were equally powerful:

It’s easier to pretend there is nothing in the box rather than confront it or ask for help. It’s part of yourself - not necessarily something you want to carry or are happy about, but we need to find a way to accept it & live with it.

I didn’t expect to react so emotionally. I can’t express the feelings in words. But they were strong and surprising.

While the tone of the program was serious, its overall message was uplifting: If together we can begin confronting these emotions within the healthcare setting, we can improve both emotional and physical health outcomes for people with diabetes. The first program ended with the entire audience singing the popular Beatles song, “Carry That Weight,” with Marina, juxtaposing the burden implied in the lyrics of the song (“Girl, you’ve got to carry that weight…”) with the hope and support of the audience’s joyful participation in the singing.

Interested in learning more about The BETES or how to get involved in its work? Please click here.