Stopping Type 1 Diabetes as it Happens 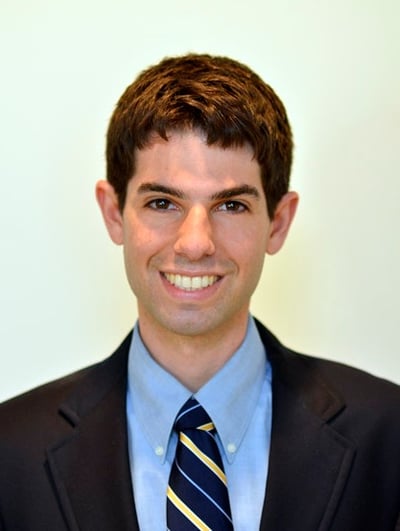 A new type of treatment called an anti-CD3 antibody may be able to slow the progression of type 1 diabetes when it is initially diagnosed, or perhaps prevent it all together.

What if type 1 diabetes could be turned-off right when it begins? This sounds like science fiction, but for over 25 years researchers have worked to understand how type 1 diabetes happens, in the hopes that the disease can be stopped immediately after it is diagnosed. These efforts may finally be bearing some fruit.

Although type 1 diabetes is likely to remain a life-long diagnosis in the foreseeable future, there is a new type of therapy is in clinical development that may slow the disease’s progression after it is diagnosed. This may prevent or delay the full-blown disease. The treatment, called an anti-CD3 monoclonal antibody, may make type 1 diabetes more manageable for people who are newly diagnosed and it offers hope that someday there may be a cure for type 1 diabetes. (It is not being tested in type 2 diabetes or in people with established diabetes.)

the science behind anti-cd3

Nobody completely understands what triggers type 1 diabetes, but scientists have learned that the disease is brought about when the body’s own immune system mistakenly attacks specialized cells in the pancreas, called beta-cells, which produce the hormone insulin. By the time type 1 diabetes is typically diagnosed, approximately 80% of beta-cells have been destroyed. This auto-immune destruction of pancreatic beta-cells continues until the person becomes completely dependent on insulin injections.

If the immune system could be stopped from destroying beta-cells when type 1 diabetes is initially diagnosed, many of the remaining functioning beta cells could survive and continue to secrete insulin. This would prolong the so-called “honeymoon period” shortly after the disease is diagnosed, during which it is relatively easy to maintain normal or near-normal glucose levels with a minimal amount of injected insulin.

This is just what anti-CD3 monoclonal antibodies aim to do. The therapy temporarily inactivates a type of immune cell called an “effector T-cell”, which is responsible for the destruction of pancreatic beta-cells. The therapy also increases the number of “regulatory T-cells” that may control the number of attacking effector T-cells even after the anti-CD3 therapy is stopped. Through these two steps, there is hope that the progression of type 1 diabetes can be slowed and that the remaining damaged beta-cells will partially recover.

Results from the first trials of anti-CD3 therapy in people have been encouraging. In these studies, people treated with anti-CD3 therapy had significantly reduced insulin needs compared to people who were given a placebo therapy. The benefits of anti-CD3 therapy have been more apparent for people who use the treatment immediately after diagnosis, when fewer beta-cells have been destroyed. One study by Dr. Bart Keymeulen that was published in the New England Journal of Medicine in June of 2005 showed that of the subset of patients treated with anti-CD3 therapy with a high beta cell mass, approximately 75% of did not need insulin injections to maintain adequate glucose levels at 18 months after diagnosis. Although this may sound like a small window of freedom from a life-long disease, it can mean the difference between children developing diabetes in elementary school, when they are largely incapable of self-management, versus developing the disease when they become teenagers. Unfortunately, the treatment is rarely a cure, and almost everyone will require insulin injections after 2-4 years of therapy. However, one study by Dr. Sylvaine You that was recently published in the journal Advancements in Immunology demonstrated that even four years out, the average insulin dose of people treated with anti-CD3 antibodies is about half that of matched controls.

The picture is not entirely rosy of course. For one, the convenience of an anti-CD3 intervention leaves something to be desired. The therapy is given as an intravenous (IV) infusion for several hours every day for several days, although there is hope that this will eventually be shortened. Reported side effects have been mild and short-lived and include flu-like symptoms. However the therapy is relatively new and has only been tested in a few hundred subjects. Therefore, there may be serious side effects or long-term risks in using anti-CD3 therapy that have not yet been teased out from the limited numbers of clinical trials.

Two separate anti-CD3 drugs are in late-stage clinical trials in the US and Europe. One of these drugs is called otelixizumab and was developed by a biotech company called Tolerx, which is partnered with GlaxoSmithKline. The other anti-CD3 drug, teplizumab, was developed by the biotech company MacroGenics and its partner Eli Lilly. The development of both otelixizumab and teplizumab was aided by the National Institutes of Health (NIH) and the Juvenile Diabetes Research Foundation (JDRF).

Anti-CD3 drugs are unlikely to be approved in the US before 2012 because they have just begun a mandatory final round of clinical testing (called phase 3 testing). In the meantime, some people who are diagnosed with type 1 diabetes are choosing to enroll in clinical trials of anti-CD3 therapy even though the risks of the drugs are not entirely known.

One person who has participated in a clinical trial of an anti-CD3 drug is Marinda Maxwell, a mother of two who at the time of her diagnosis was 41 years old. This is indeed an unusual age to develop type 1 diabetes, although late-onset type 1 is becoming increasingly common and many doctors also believe that a number of people wrongly diagnosed with type 2 at this age actually have a form of type 1 known as LADA (latent autoimmune diabetes in adults). For Marinda, the decision to enroll in a clinical trial of anti-CD3 was motivated both by a sense of altruism and self-interest. “I wanted to help make advances in research” she told us in a recent interview. “At the same time, I knew that if I could maintain any beta-cell function, my diabetes would be easier to manage.”

Marinda enrolled in the clinical trial of the anti-CD3 drug otelixizumab ten months after beginning to take insulin injections. Her body began producing significantly more insulin after using the drug and the side effects of the therapy were minimal. “The Sudafed [they made me take] made me feel worse than the drug” she joked to her medical director. Although she is pleased with her experience, she emphasizes that anti-CD3 is not a magic bullet for type 1 diabetes. “Anti-CD3 is not my ultimate goal for diabetes. It makes my diabetes more manageable and that is fabulous, but it is not a cure. A life without diabetes at all - that is the ultimate goal.”

The slow enrollment of anti-CD3 trials has the potential to delay the approval of the first anti-CD3 drugs. These trials have been especially hard to fill because of their restrictive inclusion criteria: people over the age of 18 who have been diagnosed with type 1 diabetes less than 90 days before choosing to enroll. Marinda, who has been involved with the JDRF for over 11 years and was the JDRF International Volunteer of the Year in 2007, encourages others to follow her example and enroll in clinical trials for anti-CD3 drugs or other therapies for type 1 diabetes. “My hope is that people can realize the necessity for all clinical trials and search for one that might be applicable to them” she says. “It is the only way that we will get closer to the cure!”

The potential applications of anti-CD3 therapy do not end with newly diagnosed type 1 diabetes. In fact, the therapy could eventually be used to treat a whole host of autoimmune diseases that commonly afflict people with diabetes such as hypothyroidism and Graves Disease.

In the meantime, some people with type 1 diabetes say that the thing that excites them most about anti-CD3 therapy is the hope that it might help friends and family that are diagnosed in the future. “I think it’s wonderful to see pieces of a possible cure for type 1 diabetes coming together,” says diaTribe editor Kelly Close. “And like many other patients who have had diabetes for decades, I’m also especially happy to know that today much better treatment alternatives exist at the time of diagnosis than I had – and certainly much, much better alternatives exist than all those who were diagnosed decades before me.”

diaTribe thanks Anita Lyons of the University of Pennsylvania Medical School for her contributions to this piece.
Editors note: See Trial Watch in issue 12 for information on participating in a clinical trial of anti-CD3 therapy.