On August 17, the FDA approved Mylan’s new generic versions of Actos (pioglitazone), a once-daily oral tablet for the treatment of type 2 diabetes originally sold by Takeda. Mylan, Teva, and Ranbaxy all plan to sell generic versions of the drug. The introduction of generic Actos should substantially reduce the price of the drug. One estimate suggests the current price of $270 for 30 mg Actos could drop to $153 this time next year, and by 2015 the price could be as low as just $15, and no more than about $90. This means Actos now has significant potential as a low-cost treatment for type 2 diabetes, which could mean healthcare providers will become more likely to recommend its use. 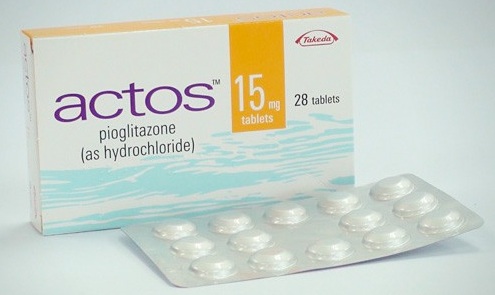 Actos belongs to a class of medications called TZDs (short for thiazolidinediones). These drugs potently lower blood glucose levels by making the body more sensitive to insulin. First approved in 1999, Actos is currently the only drug in this medication class to be widely available in the US and Europe. The first drug in this class, Warner-Lambert’s Rezulin, was pulled from the market in 2000 because of liver toxicity. GlaxoSmithKline’s Avandia, was also approved at almost the same time as Actos but became restricted in 2010 due to concerns about an association with heart attacks (see new now next in diaTribe #24).

Actos also has a number of side effects including weight gain and bone fractures, and clinical studies have more recently revealed an increased risk of bladder cancer in people taking Actos (see new now next in diaTribe #34). An NIH-backed study found that people taking Actos for more than five years were two to three times more likely to develop bladder cancer than those taking other diabetes medications. As a result, the use of Actos as a type 2 diabetes treatment has declined by about 40% in the past year. Despite these concerns, use of Actos at low doses is still endorsed by many leading diabetologists because of the drug’s unique benefits on insulin resistance. Also, the link with bladder cancer is based on the five-year analysis of a Takeda-backed study – the more recent eight-year analysis suggests the link between Actos and bladder cancer was weaker than previously thought, and did not appear to be statistically significant for any of the groups tested.

Of the three companies selling generic versions of Actos, Teva and Mylan also plan to launch generic versions of Actoplus Met, a combination therapy that incorporates both Actos and metformin in a single pill. The FDA applies the same stringent safety requirements to generic drugs as it does to their brand name counterparts, meaning that the risk of bladder cancer is no different in the generic tablets than it currently is in Takeda’s Actos. With these safety concerns in mind, we suspect many doctors and nurses will shy away from use – that said, the lower price is certainly attractive and some believe that much lower doses confer much lower risk for side effects. –AW