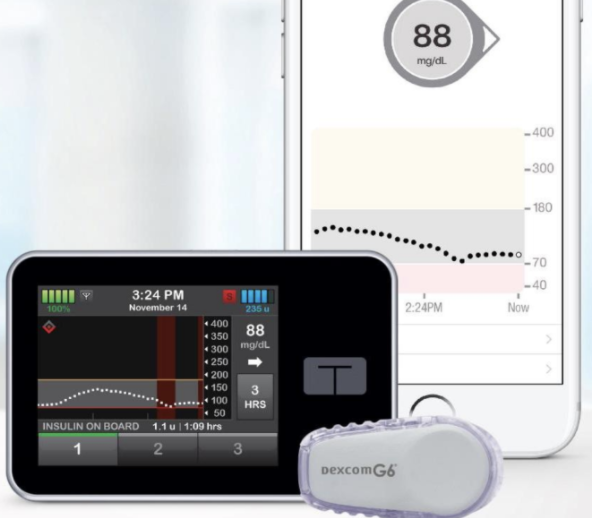 The FDA cleared Tandem’s automated insulin delivery (AID) system, Control-IQ, for children ages 6-13, last week in the US. This system is designed to increase time in range for users and it does – see below for the data!

To date, the only other hybrid closed loop system available for children is Medtronic’s MiniMed 670G, which is approved for children seven years and older. Control-IQ is the first system with automatic correction boluses and no fingerstick calibration (thanks to the Dexcom G6 sensor that it uses).

Control-IQ launched in January of this year for people 14 years and older. Since then, more than 40,000 t:slim X2 pump users have upgraded their pump software to Control-IQ. We saw very positive real-world data presented at ADA this year – in the first 30 days using Control-IQ, users’ time in range increased by 2.4 hours per day, and individuals were in active closed loop 96% of the time.

At the ATTD conference in February, the trial for Control-IQ in children presented strong results. Results from that trial were used to get this week’s FDA clearance. In that trial, we learned that:

Control-IQ still should not be used in children under the age of six, in people who require less than ten units of insulin per day, and in children who weigh less than 55 pounds.

For more information on the system, check out Kerri Sparling’s Test Drive of Control-IQ where her time in range improvement was quite impressive! You can also read Katie Bacon’s piece on one family’s takeaways (her own!) from the first month of their teenage daughter using Control-IQ.