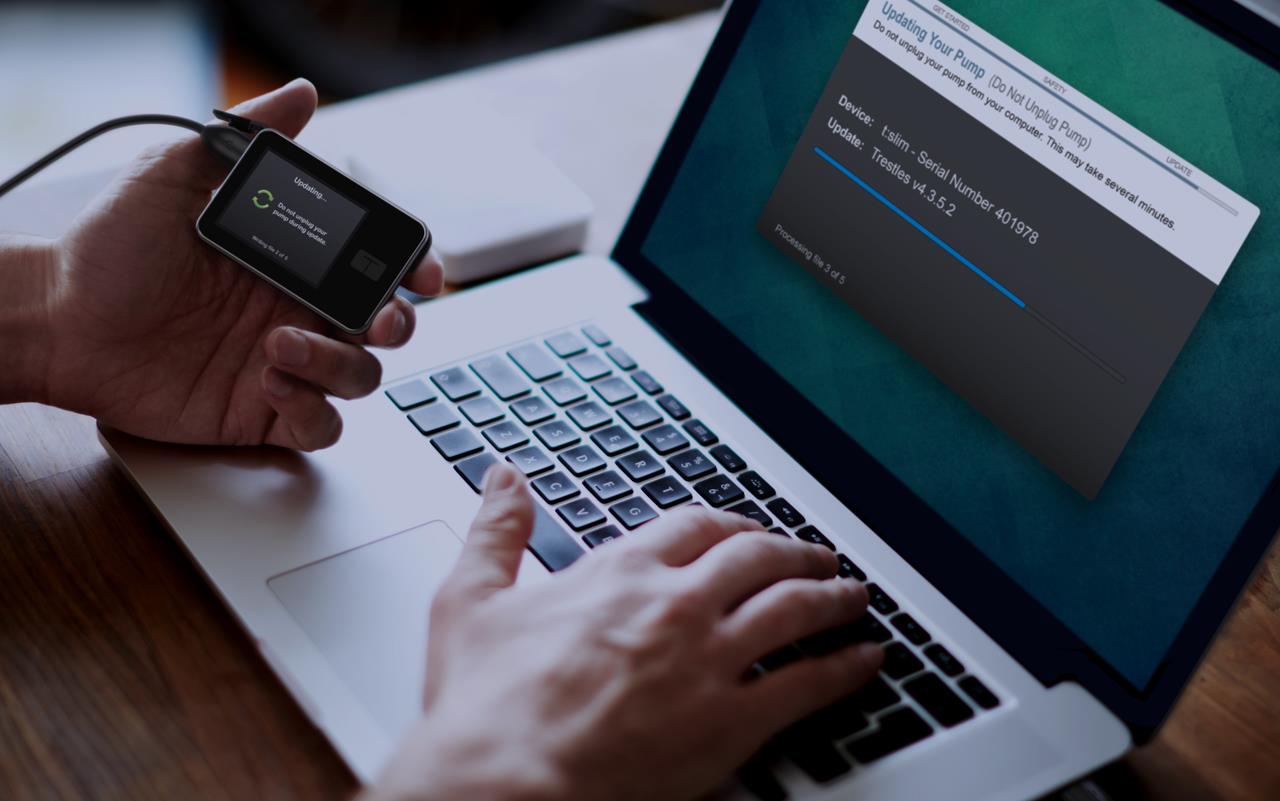 The automated insulin delivery system with Dexcom’s G6 aims to launch in the US by the end of the year for those ages 14+; first system with auto boluses and no fingerstick calibration

At the American Diabetes Association’s (ADA) 79th Scientific Sessions, researchers shared highly anticipated results from Tandem’s Control-IQ hybrid closed loop pivotal trial. Control-IQ is an automated insulin delivery (AID) system comprised of the t:slim X2 insulin pump, the Dexcom G6 CGM, and an algorithm built into the pump that adjusts basal insulin delivery and gives automatic correction boluses. The outcomes from this trial were very impressive: Control-IQ helped people spend 2.6 more hours per day in-range (70-180 mg/dl) and lowered A1C by 0.3% more than the group with the same pump and CGM without automation – this is another example where the A1C change is positive, but boy does the time-in-range change explain how much better people did, beyond just the A1C change! These positive results will be submitted to the FDA soon with a US launch (14+ years) expected in 2019, depending on FDA approval. It’s very well agreed that diabetes should be simpler and easier and here’s great news on that front - for those already with the Dexcom G6 and the t:slim X2 pump, getting access to Control-IQ when it is available will be a simple remote software upgrade at home!

Want to know more about the trial? The trial had 168 participants ages 14-71 and followed them for six months. Comparing the Control-IQ hybrid closed loop vs. the same pump and CGM with no automatic correction boluses:

With Control-IQ, the time-in-range benefits existed for every level of starting A1C – a positive sign that Control-IQ can help those already at a low A1C and those with an A1C above 8%. Remarkably, all 168 participants completed the study, and Control-IQ users spent 92% of the six months with closed loop active.

Control-IQ has no fingerstick CGM calibration (with the Dexcom G6), and no hassle of entering or exiting Auto Mode. These results will be submitted to FDA for Control-IQ to be approved for those aged 14+, though an additional trial for children is also currently recruiting to extend the age range down to six years.

Control-IQ uses the TypeZero/Dexcom hybrid closed loop algorithm, which still requires all the normal pump settings (basal profile, insulin-to-carb ratio, insulin sensitivity factor. The system aims to keep users between 70-180 mg/dl as much as possible, using a combination of strategies. When the predicted CGM value is:

Users are still expected to bolus for meals. The automated correction boluses can occur up to once per hour during the day; if the person on the system doesn’t bolus, Control-IQ will “automate” and give approximately 60% of a full correction bolus with a target of 110 mg/dl. These boluses occur on top of the automatic basal rate.

Dr. Aaron Kowalski, CEO of JDRF and a champion of automated insulin delivery development, stood up at ADA to say, “People will benefit – you see the overnight data, the reduction in hypoglycemia and hyperglycemia. I want to congratulate Tandem and Dexcom, and the competition in this space will provide more options that drive better outcomes.”