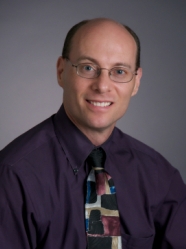 From what I can tell, there are two ways diabetes can ruin your life. You can ignore it, let it run amok, and have blood sugars that are all over the place. Or… you can obsess over it and let it take over your every waking minute.

Jess is a 19-year-old college freshman who has had type 1 diabetes since she was in third grade. As is the case for many students living on their own for the first time, diabetes takes a pretty low priority in her life – somewhere between calling her parents and putting away her laundry. She checks her blood sugar each morning, but doesn’t pay much attention to it the rest of the day. At mealtimes she takes rapid-acting insulin, basing the dose more on gut instinct than on the actual carbs in her meal. And there are lots of late-night snacks that just don’t get covered at all. She changes out her pump when it runs out of insulin rather than on a fixed schedule, and her usual workouts at the gym have been replaced by the walking she does between classes. Jess has also discovered the joys of long college weekends – featuring parties that run from Thursday afternoons through Sunday, complete with drinking and dancing.

Uncontrolled blood sugars are causing some unexpected problems for Jess. She’s not sleeping well at night due to frequent trips to the bathroom, and she keeps getting yeast infections. She’s having a hard time concentrating, and her once first-rate memorization skills have been failing her come exam time. The weekend fun came to an abrupt end last weekend when Jess had seriously low blood sugar at a party. Paramedics had to be called, and Jess said some things under the influence of low blood sugar that bothered many of her friends and classmates.

William, by contrast, has it all “under control.” A 33-year-old software engineer and new father, William weighs and measures everything he eats and avoids eating out, out of fear that he’ll get the carb count wrong. His wife isn’t thrilled with the idea of never eating out, but she deals with it for William’s benefit. He wears a continuous glucose monitor and also checks his blood sugar just about every hour in order to keep from going above or below target. His insurance company doesn’t cover all the strips, so he pays out of pocket for about half of them, something that is a bit of a drain on the family budget.

A perfectionist by trade, William takes it personally when his blood sugar is above normal. He aggressively covers above-target readings with either insulin or a quick run on the treadmill. This has caused William to experience more than his share of lows, but he’s more comfortable (and in a much better mood) when he’s low than when he’s high. William also keeps detailed records and analyzes them often, resulting in therapy changes several times each week. Despite his doctor’s warnings about making changes too often, William feels that he knows his body better than anyone, and lets his tight A1c speak for itself.

There you have Jess and William. Two people with extreme approaches to diabetes management, and each with their own set of issues. One question we all face in living with diabetes is, how much work should we put into it? It’s similar to preparing for an exam in school: study too little, and your chances of success are low. But over-preparation can be a problem as well. Finding the right balance – that happy medium – is what it’s all about.

The Search For The Happy Medium

For most of us, the goal is to keep diabetes from interfering with our quality of life. There are several ways diabetes can, and does, interfere:

1) We can put so much effort into it that it gets in the way of enjoying our daily activities. In the example above, William’s all-out emphasis on tight blood sugar control keeps him from taking his wife out to dinner, affects his moods, and creates a financial burden.

2) We neglect it to the point that the blood sugars are causing immediate problems. For Jess, poor control is affecting her sleep, her studies, and her friendships. She may have been trying to conceal her diabetes from others, but after the incident at the party, it is apparent that she doesn’t just have diabetes, she has a problem dealing with it.

3) We put ourselves at risk for serious health problems by running our blood sugar too high or too low. Jess is setting herself up for eye, kidney, nerve and circulatory problems by letting her blood sugar run high so often. But William is also setting himself up for problems. His obsession with tight control has caused so many lows that he’s lost the ability to sense when hypoglycemia is developing. It may just be a matter of time before he has a serious accident due to undetected hypoglycemia.

Extreme approaches to diabetes management are clearly unhealthy and unwise. However, there is still a spectrum of effort that can produce desired results. Not everyone has to be right in the middle. It’s okay to gravitate toward the “Jess” or “William” approach, but with some common-sense modifications.

Jess, for example, doesn’t have to check her blood sugar hourly the way William does. But checking before she goes to bed and taking appropriate action, such as snacking or taking insulin, could go a long way toward keeping her safe. And William might raise his target blood sugar slightly and expand what he considers his “acceptable” range. This would allow him more dietary flexibility and may keep him in a better mood.

Whichever side of the spectrum you prefer, it’s important to distinguish between what are essential, non-negotiable responsibilities of living with diabetes, and what are secondary behaviors that are not necessary for survival but are important for controlling blood sugar effectively.

For most people with type 1 diabetes, as well as those with type 2 who are on an intensive insulin program, essential “survival” responsibilities include:

By taking care of these few key items, you can keep yourself out of immediate harm’s way and lay the foundation for more advanced management techniques – when you’re ready, willing and able. Examples of these “glucose management” responsibilities include:

A list like this could fill up the next 10 pages, but you get the idea. These are the types of things that let us do more than just survive with diabetes. They allow us to thrive as well. Nobody can or should be expected to do everything right all the time. Pick and choose the activities that are most pertinent to you, and don’t overdo it. Diabetes management may be necessary for life, but there is a lot more to life than managing diabetes!

Editor’s note: Gary Scheiner MS, CDE is Owner and Clinical Director of Integrated Diabetes Services  (www.integrateddiabetes.com), a private consulting practice located near Philadelphia for people with diabetes who utilize intensive insulin therapy. He also serves as Dean of Type-1 University (www.type1university.com), an online school of higher learning for insulin users. He is the author of several books, including Think Like A Pancreas: A Practical Guide to Managing Diabetes With Insulin. He and his team of Certified Diabetes Educators work with people throughout the world via phone and the internet. Gary has had Type-1 diabetes for 26 years. He can be reached at gary@integrateddiabetes.com, or toll-free at 877-735-3648.