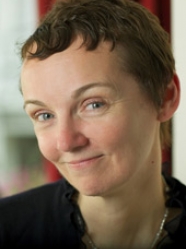 Now that we are into 2014, I’d like to turn our attention to some of my expectations for the year. There are many areas I’d like to see progress, including further drug and device development, more transparency over how decisions are reached by the FDA, and increased public awareness and understanding of both diabetes and obesity. These are goals that we always work toward, but I’d like to drill down to three specific trends that could affect diabetes care in 2014 and beyond.

It’s been 15 years since MiniMed – now a part of Medtronic – received FDA approval to bring America’s first continuous glucose monitor to market. Many people didn’t use CGM because it sounded like (and was) more trouble than it was worth. The data weren’t reliable enough (especially with many false alarms), monitors weren’t sturdy enough to withstand the rigors of daily life, and the cost and hassle of using the technology outweighed the benefits. Fair or not, those first-gen products have strongly influenced provider and patient perceptions of CGM, even to this day. However, the consensus appears to be changing. CGM has improved tremendously in the intervening years, and based on what we’re hearing from some of the major manufacturers, CGM sales are on a strong upward trend. Last month, the Dexcom G4 Platinum won the Everyday Health Award at the Consumer Electronics Show, beating out a number of impressive products that deal with all areas of health management and accident prevention – you can read more about the latest news on Dexcom’s pediatric approval in new now next. Perhaps most important, this particular award was decided based on input from both expert judges and the general audience, suggesting the public perception of CGM may be changing. The latest CGMs from Dexcom (G4 Platinum) and Medtronic (Enlite – discussed in this issue’s test drive) represent a leap forward in reliability and usability, and I hope 2014 is the year where consumers, healthcare providers, and payers really start to recognize the tremendous value of CGM.

Mobile health remains a promising area for diabetes management, though given how far consumer technology has moved in recent years, we frankly should be far beyond the “promising” stage. I’d like to see mHealth products make a more tangible impact on diabetes care in 2014. Much of what’s out there adds additional burdens to managing diabetes, especially when manual logging and data input are required. However, I’m heartened to see WellDoc receive substantial funding for further development of BlueStar, its FDA-approved mobile diabetes management system. Also intriguing is Glooko’s recently announced partnership with the Joslin Diabetes Center to create an online system that will remotely monitor, coach, and guide patients between visits. I’m further encouraged by WellDoc, Glooko, and the launch of LifeScan’s OneTouch VerioSync (wireless transmission of blood glucose meter values to a sleek smartphone app) and hope to see more technologies that make day-to-day diabetes management easier. Products need to be mindlessly easy, provide actionable data, and motivate all of us to do better. This year seems as good a time as any to get that job done.

These are only three of the major innovations I hope to see. Let’s make some big changes in 2014, because there’s no time like the present to change the future.