Type 2 Diabetes Remission: What is it and How Can it be Done? 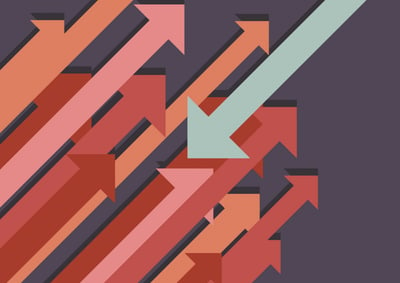 Type 2 diabetes is traditionally described as a progressive disease – without major lifestyle changes, A1C levels will gradually increase over time, and more medications such as insulin will be required to manage diabetes. Thus, people with type 2 diabetes are often surprised to hear that they may be able to “reverse” their diabetes or put it “into remission.”

Because reversal can imply a permanent cure, a more apt term for this topic might be “diabetes remission.” This generally means reducing A1C to the level of someone without diabetes (less than 6.5%) and either eliminating diabetes medications altogether or limiting medication to metformin.

While this is not be possible for everyone with type 2 diabetes, it is an exciting option for some. This article defines diabetes remission and discusses three evidence-based methods to obtain it:

We also share practical tips from a person with type 2 diabetes who has been on the remission journey for two years.

What exactly is diabetes remission?

Current scientific thinking suggests that weight loss is likely the driving force for remission in type 2 diabetes. According to one theory, the “Twin Cycle Hypothesis,” when extra fat is deposited in the liver due to weight gain, fat accumulates in the pancreas and impairs insulin-producing beta cells. Many believe that reducing fat in the pancreas through overall weight loss helps restore normal insulin production.

The definition of diabetes remission slightly differs depending on who you ask:

When discussed in diaTribe, we are referring to the first definition: an A1C below 6.5% and discontinuing all diabetes medications for at least two months.

However you define remission, any reduction in A1C and/or weight loss is likely to lower the risk of long-term complications. Lower insurance costs, increased well-being, and no longer having to take medications are also important to many. While getting off all medications is not necessarily the end goal for people with diabetes, especially given the advances in heart and kidney protection with drugs like GLP-1 agonists and SGLT-2 inhibitors, discontinuing one or more medications may mean fewer side effects and financial savings. As an aside, learning more about cardio-protective and kidney-protective medicine is a goal we believe in for anyone with type 2 diabetes, regardless of glycemic health – consider asking your healthcare provider about these medications if you have type 2.

How have people with type 2 diabetes reached remission?

Remission has been shown to be due to normalization of the high fat levels inside liver and pancreas, and the only way to achieve this is by major weight loss. There are three main ways that people have put their diabetes into remission: a low-carbohydrate diet, a low-calorie diet, and bariatric surgery.

One model for weight loss suggests that reducing carbohydrate consumption decreases fat storage, reduces hunger, and increases energy expenditure. According to this model, the primary driver of weight gain is the insulin production triggered by consumption of carbohydrates. Some researchers also suggest that A1C can be improved by a low-carbohydrate diet in the absence of weight loss (see a review of evidence here). However, without accompanying weight loss, a low-carb diet may not address the fatigued beta cells that are at the root of type 2 diabetes. In other words, someone with diabetes on a low-carb diet may have a lower A1C as a result of the body needing to process fewer carbohydrates, but this in itself does not “reverse” the physical processes behind type 2 diabetes progression.

After one year, 46% of the participants on the low-calorie diet had achieved remission. In comparison, only 4% of people who followed standard diabetes care guidelines went into remission. Diabetes remission was closely related to weight loss. The average baseline weight was 223 lbs (101 kg).  Among people who

Recently, the two-year results were published online and showed that 70% of those in remission at the first year maintained remission. The average weight loss at two years was about 17 pounds (7.6 kg).

A note on diets:

For many people, the ability to sustain a diet long-term, rather than the specifics of the diet itself, is the most important factor in maintaining weight loss and reducing A1C. This is one advantage of low-carb, high-fat approaches – they tend to be more hunger satisfying and thus easier to maintain. Exercise appears to play an important role in long-term weight maintenance, although it does not seem to be helpful in losing weight in the first place.

You may be wondering what happens if you put your diabetes into remission through changing what you eat, but then go back to your prior way of eating. While this hasn’t been comprehensively studied, given that most studies on diabetes remission emphasize the importance of weight loss maintenance, it’s likely that regaining weight will result in the return of your diabetes.

The diets described above should only be undertaken under close medical supervision. Rapid weight loss can result in suddenly normalized blood pressure, for example, and calorie or carbohydrate restriction while on insulin can result in low blood sugar (hypoglycemia).

The ADA has recognized bariatric surgery (roux-en-y gastric bypass, adjustable gastric band, sleeve gastrectomy, or duodenal switch) as an option for some people with type 2 diabetes, particularly those who have a higher BMI (body mass index). According to the American Society for Metabolic and Bariatric Surgery, bariatric surgery results in diabetes remission in 78% of individuals who undergo the procedure. A long-term study of Swedish subjects found that 72% of people who received surgery were in remission two years following surgery and 30% were in remission 15 years following surgery. Weight loss, hormone fluctuations, and calorie restriction all likely play a role.

Depending on insurance for those in the US, this method may have a high financial cost. It also carries risks including surgical complications, malnutrition, leaks in the gastrointestinal system, bowel obstruction, dumping syndrome (when food moves through your stomach too quickly), ulcers, severe hypoglycemia. Other than the adjustable gastric band, bariatric surgery cannot be undone.

Can anyone put their type 2 diabetes into remission?

The longer you’ve had type 2 diabetes, the more difficult it is to reach remission. Over time, the beta cells in the pancreas “burn out,” or lose their ability to produce insulin. After a certain duration, it may be impossible to restore normal insulin production. Researchers suggest that diabetes remission is possible for some people out to ten years following diagnosis, though the DiRECT remission study only included people who had diabetes for six years or fewer.

Healthcare providers have differing opinions on how feasible it is to put type 2 diabetes into remission. Don’t hesitate to share this article with your provider.

Because the effects of an elevated A1C (greater than 6.2%) can be lasting, anyone who has put their diabetes into remission needs to continue to be screened for diabetes complications. A panel of experts recommends continued screening for nerve, kidney, and eye damage for at least five years, with a potential reduction in the frequency of screenings after that. They also recommend continuing frequent screening for heart and blood vessel problems.

What tips have people found helpful?