Leaders covered a wide array of topics, from SGLT-2’s in type 1’s to advocacy efforts to DIY closed-loop and open protocol systems

JDRF’s 2018 Mission Summit was primarily a chance for the organization to talk about its goals and priorities, and we also heard deep insights about JDRF’s role in pushing for breakthroughs in diabetes. Dr. Anne Peters, USC, and Dr. Aaron Kowalski, Chief Mission Officer at JDRF spoke at length about:

It was clear to everyone in the room the absolute conviction both panelists have for propelling science and advocacy and improving ways for people to manage their diabetes. See below for more from Dr. Peters, one of the world’s experts on her own view on how SGLT-2’s can work in type 1 even though it hasn’t yet been submitted to the FDA and more! 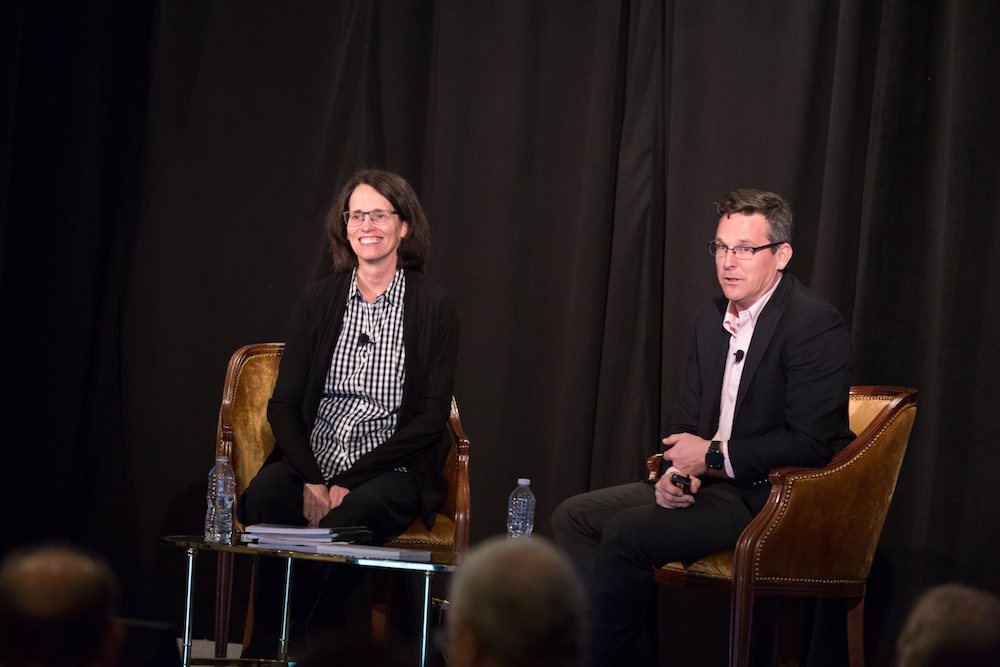 Part of the reason that SGLT-2 inhibitors is not approved for people with type 1 diabetes is because of the higher risk for diabetic ketoacidosis (DKA) that type 1’s face than type 2’s. Though some clinicians prefer to play it safe and not prescribe SGLT-2’s “off-label”, Dr. Peters took the DKA risk head on and developed a protocol to prevent DKA:

And, SGLT-2’s are not all made equal! For instance, Dr. Peters pointed out that Jardiance is active in the body longer than Farxiga, and this could negatively impact someone who is also using a hybrid closed-loop device that automatically doses insulin.

To empower people with type 1 diabetes who want to try SGLT-2 inhibitors (many have heard about the positive results in type 2 patients), Dr. Peters emphasized the enormous importance of training people about the risks of off-label use, namely the DKA risk, emphasizing that if the field could gather and publish a set of best practices, it would make a positive impact. Though broadly speaking, it is better for people with type 1 to wait until the class is approved for type 1 before taking it, Dr. Peter’s protocol is incredibly helpful.

Outcomes Beyond A1c is a movement for which both JDRF and The diaTribe Foundation, among a number of other organizations, have been advocating over multiple years (check out our most recent efforts here). Part of this multi-faceted movement is the push for more people to be on CGM so that they have the tools to better understand their diabetes. A big obstacle, however, is getting healthcare professionals to understand CGM – what does a “normal” CGM graph even look like? At this panel, Dr. Peters shared an ongoing study using continuous glucose monitoring (CGM) in people without diabetes to answer the question of what “normal” responses to sugar look like. Some interesting initial observations included:

For people who do have diabetes, Dr. Peters repeated the refrain saying, “A1c is one poor, single measure of how people are doing – you must understand time-in-range and variability, which you cannot get as a clinician unless you understand CGM.” Check out this article where we interviewed nearly 15 experts on how to approach time-in-range here.

In 2017, in a very exciting move, JDRF announced an initiative to speed up development of “open protocol” devices for automated insulin delivery. “Open protocol” refers to a standardized way of allowing devices to communicate with each other – an example is how one company’s Bluetooth headphones easily pair with another company’s phone. There haven’t been any updates on which companies are interested – applications were open until January 31, 2018.

On the subject of using a DIY closed loop system, Dr. Kowalski discussed the challenges that linger – breakfast and exercise:

For any new device in this category, developers and users are encouraged to tinker and experiment with settings to get the most out of the technology. 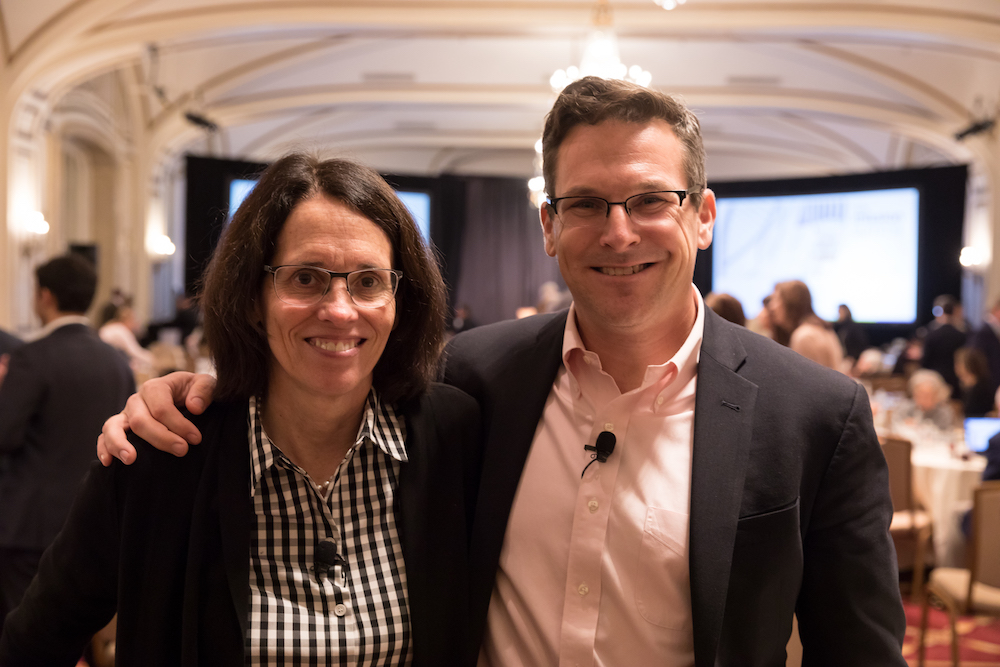 Dr. Peters echoed by saying, “This is a huge healthcare crisis and we have to fix this. I see all sorts of young people who cannot even afford their insulin.” If interested in learning more and joining the campaign, click here.

nPOD is the Network for Pancreatic Organ Donors with Diabetes; through this initiative, people with type 1 can register to be an organ donor (check out previous coverage here). With the generous contributions from many families, JRDF hopes to learn more about type 1 diabetes from the pancreatic organs. At the mission summit, Dr. Kowalski busted several myths thanks to learnings from nPOD:

Reality: type 1 diabetes is a syndrome of various disorders that eventually culminate in a symptomatic disease.

Myth: the symptoms of type 1 diabetes occur when 85-95% of beta cells are destroyed

Reality: the disease can appear with as little as 40% loss of beta cells

Myth: type 1 diabetes is just a disease of beta cells

Reality: the “exocrine” pancreas, which is the part of the pancreas that releases agents to help break down food in the small intestine, is also involved

Leaders such as Dr. Peters and Dr. Kowalski have done so much for the diabetes community and it is clear that they have developed an incredibly valuable working relationship – it was an honor for us to hear them discuss so much of their work together.