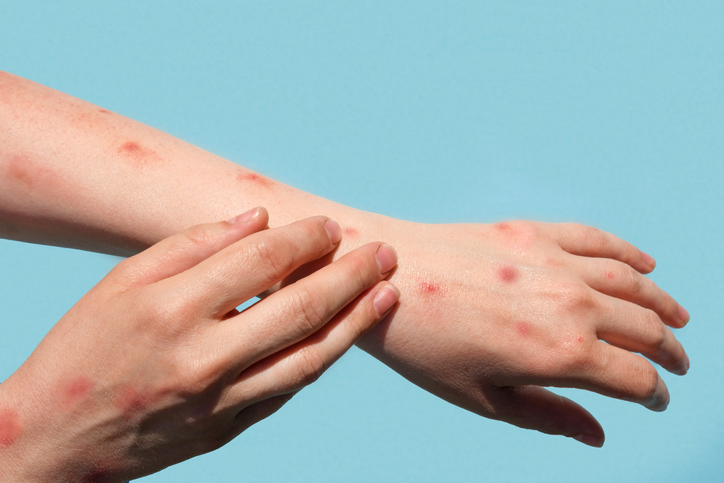 Monkeypox has been declared a national public health emergency. Learn what this virus is, its symptoms, and how you can protect yourself and others if you have diabetes (or not).

Monkeypox is a viral infection. The virus that causes monkeypox is from the same family of viruses that causes smallpox (with the help of vaccines, smallpox was eradicated worldwide in 1980).

The virus initially spread in central and western Africa but has spread rapidly around the world. In recent months, New York City and San Francisco have announced monkeypox to be a public health emergency. On Aug. 4, the White House followed and declared monkeypox to be a national public health emergency. This new designation increases the amount of resources that can be used as part of the federal response.

While this may feel reminiscent of the start of the COVID-19 pandemic, it is important to note that unlike COVID-19, this virus is not new. It was first discovered in 1958. We already have an understanding of the virus and ways to prevent its spread, and the fact that there are already vaccines and treatments for the virus suggests that it may be less dangerous than COVID-19.

What are the symptoms of monkeypox?

Symptoms of monkeypox can include:

In most cases, symptoms last for around two to four weeks before going away on their own without treatment.

How does monkeypox spread?

People with monkeypox are contagious while they have symptoms – usually for two to four weeks. The virus spreads between humans in three main ways:

Direct physical contact includes transmission through direct sexual contact. In this current outbreak, cases of monkeypox have primarily been identified in men who have sex with men (MSM) getting tested at sexual health clinics. However, anyone who has close physical contact with someone who is infected is at risk and monkeypox has been found in people of all sexualities in this current outbreak.

Monkeypox rashes can resemble some sexually transmitted diseases, including herpes and syphilis. If you have any symptoms that could be monkeypox, especially if you have multiple sexual partners, you should seek advice from a health worker immediately.

How dangerous is monkeypox?

In many cases, monkeypox resolves itself within a few weeks without treatment. However, in some individuals, the illness can be more severe. These groups include children, pregnant women, healthcare providers due to longer exposure to the virus in a hospital setting, and those who are immunocompromised due to other health conditions, such as diabetes.

While the fatality rate of past outbreaks of monkeypox in West Africa generally ranged from around 3%-6%, the current outbreak has a rate below 1%. As of this publication, less than 10 people have passed away as a result of the current Monkeypox outbreak.

How can I protect myself and others?

Many of the measures that people have used to protect themselves against COVID-19 can also help protect you against monkeypox. This includes wearing a mask, washing your hands frequently, and practicing social distancing when possible. These measures are especially important if you are around someone who may have monkeypox.

If you notice that you have any monkeypox symptoms or that you have been in close contact with someone who has a confirmed or suspected case of the condition, seek immediate advice, testing, and medical care from your healthcare provider. If possible, self-isolate from others.

Though monkeypox typically resolves itself without treatment for most people, there is an antiviral treatment that was developed to treat smallpox, called TPOXX, and was also approved to treat monkeypox in January 2022. However, due to limited supply, accessing this treatment can be challenging.

Is there a vaccine for monkeypox?

Yes, there is a vaccine called Jynneos which can protect you from the Monkeypox virus. This vaccine is not widely available, but the World Health Organization (WHO) is working with the manufacturer to ramp up production in light of the current outbreak.

The US has a limited supply of the vaccine and there are strict criteria for who can get it currently so that those at greatest risk (such as MSM, the immunocompromised, and members of LGBTQ community) are prioritized. If you think you are at risk, contact your local health department or PCP to see if you qualify for a vaccine, and where you may be able to get one near you. According to the New York Times, this shortage is expected to continue for several more months.

What should people with diabetes know?

Right now, there is limited information about whether or not people with diabetes are at greater risk for severe illness from monkeypox.

“While there is no evidence that transmission or disease severity is increased in people with diabetes, anyone with very poor glucose control, who as a result might be immunocompromised, might wish to be especially cautious,” said Professor Phillip Home, Emeritus Professor (Diabetes Medicine), Newcastle University, UK.

At this time, the best thing you can do is to be aware of potential outbreaks, avoid close contact with others who have a confirmed or suspected case of monkeypox, and lookout for signs of monkeypox symptoms in yourself or others.

We will continue to update this article with information as the situation develops.