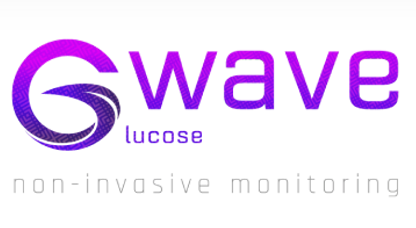 For decades, researchers have sought to develop a noninvasive method to measure blood glucose levels, which – if effective – could revolutionize diabetes care. One company in Israel now has such a device in development. Learn about the origins of this technology, its early success, and what this could mean for people with diabetes.

Four years ago, Dr. Gerry Waintraub was conducting an experiment in his home laboratory in the Israeli city of Haifa when he spilled his cup of tea on a radio frequency device, and the system’s monitor lit up.

It was responding to the sugar in the tea, and therein began a quest for a revolutionary technology in diabetes care.

For decades, researchers have sought to develop a noninvasive method to measure blood glucose levels for people with diabetes. These efforts centered on an electronic wave that could penetrate the skin, measure blood sugar, and report the number on a reader. The advantages of such a technology, if developed, were obvious:

A noninvasive technology – a magical wave – was considered the Holy Grail of daily diabetes management, a true disruptive technology, but the researchers could not make it work.

Then came Dr. Waintraub, who found a tempest in a tea spill.

A Company Is Born

With a PhD in physics and electronics and expertise in RF wave technology, Dr. Waintraub approached a longtime friend, retired Major General Guy Zur, who also has a background in mechanical engineering. Both men have something else is common: their families have been touched by diabetes. Dr. Waintraub’s wife has it; so too does a cousin of Zur.

Both men recognized the potential of wave technology in diabetes care, and they reached out to two of their friends with complementary business and marketing experiences with high-tech startups: Brigadier General Bentzi Gruber and his wife, New York-born Taire Rubin.

They co-founded a company in Haifa called Hagar and have developed the GWave (Glucose Wave) non-invasive monitoring system. My brother, Dr. Irl Hirsch, professor of medicine at the University of Washington School of Medicine and a clinician and researcher at the UW Medicine Diabetes Institute, is a medical advisor for GWave.

Early Positive Signs for the Technology

The technology itself relies on artificial intelligence and physics, and after two years of full-time development, the early signs are positive.

The GWave developers say that the technology has conducted about 15,000 separate blood sugar measurements on people in controlled settings. The first-generation product consists of a ceramic device, which is about one-quarter the size of a smartphone and sits atop your wrist. The wave itself is created inside the device, and it goes through a sensor and into the body. (The GWave emits less radiation than a smartphone.) Neither the device nor the sensor needs to be replaced, as they both use a rechargeable battery.

In December, the system had its first pilot study at Sheba Medical Center in Israel, a leading medical center in the Middle East. Fifty measurements were taken on five patients, and according to a letter from Dr. Amir Tirosh, who conducted the pilot study, GWave “performed exceptionally well as compared with core laboratory glucose measurements . . . Needless to say that recording 100 percent of the noninvasive readings within 10% of the reference method used for calibration (Abbott FreeStyle [finger sticks]) is quite remarkable.”

In an interview, Gruber and Rubin compared GWave to CGM, currently the state of art in blood glucose monitoring, dominated by Dexcom’s G5 and G6 and Abbott’s FreeStyle Libre. Gruber and Rubin said that GWave is not only more convenient and less intrusive than CGM but also more accurate. GWave measures capillary blood glucose, while CGM measures interstitial fluid glucose. That’s important, because interstitial fluid glucose lags your actual blood glucose by anywhere from six to 15 minutes, which can create erroneous readings when your blood sugar is rising or falling rapidly.

Additionally, the accuracy of interstitial fluid glucose can also be impaired by medications with acetaminophen, such as Tylenol. That problem, however, does not exist with GWave.

The GWave also does not have to be calibrated.

Filtering Out the “White Noise”

Radio waves are used for other medical purposes, including magnetic resonance imaging, but in the past, wave technology failed to measure blood glucose because it could not separate out the glucose from the many other components of the blood, such as enzymes.

GWave has solved that problem by constructing seven filters that segregate the glucose from other parts of the blood. According to Gruber, the RF technology measures a person’s blood 15 million times in a single second. Those measurements yield an average value – what Gruber calls the “X.” The system uses artificial intelligence, mathematics, and other processes to manipulate the X and determine the glucose value.

But does it really work?

I would try it myself, but I’m not in Israel. However, my son, Garrett, has an internship in Israel this summer. Garrett has had type 1 diabetes since he was three years old, and he’s now 20. He uses the FreeStyle Libre 1 CGM. At GWave’s invitation, he went to its offices, and with a video camera rolling, he placed the GWave device over his wrist and tested his blood sugar. It read 200 mg/dL. He then ate some chocolate and pastries, and after about 15 minutes, he did his next GWave test.

(His next response: “I need some insulin.”)

Garrett noted on the tape that the GWave was more accurate than his CGM, which lagged in tracking his blood sugar rise while the GWave was very close to finger stick measurements that Garrett used to crosscheck the GWave number.

In a later conversation, Garrett told me that he’s weary of having things attached to his body. He had an insulin pump for years but finally got rid of it. This summer, he’s already lost two CGM sensors in the ocean. Frankly, like most 20-year-olds, he wants to look good on the beach, and in his mind, attachments to the body don’t help. He hopes that one day GWave will be part of a wristwatch so he can track his blood sugar but look like everyone else.

Garrett’s experience is only one person in a controlled setting, but the technology worked as the GWave team promised. The next generation of the device will be smaller and will aim to generate glucose numbers faster – in about 15 seconds.

The goal is to integrate the sensor into a watch or some other wearable so that the user can have continuous glucose data. GWave’s inventors say that the system will have no disposable parts. They also say that manufacturing costs for the system will not be high, but it is too early to speculate on price.

GWave has targeted the United States as its first market, but exactly when the technology will be ready to submit to regulators there or in Europe, Israel or elsewhere depends on whether GWave remains part of Hagar or whether it’s purchased by a much larger company that has resources and expertise to conduct the large-scale trial that regulators will demand. If the latter occurs, the GWave team believes the technology could be on the market within two years.

Hagar is gearing up for two larger studies this summer, and until those have been completed, caution is still appropriate. GWave still must perform well on a larger scale and in stressful conditions. Nonetheless, the potential impact is significant.

GWave would be applicable not only to people with type 1 and type 2 diabetes but to the pre-diabetes population as well – more than 300 million people worldwide, expected to be more than 500 million in another 20 years. A safe, easy, and effective way to monitor glucose levels would be a boon for preventive medicine.

GWave could also extend far beyond diabetes and be used by anyone who wants to measure glucose related to other medical conditions or who simply wants data on their body – an elite athlete, for example, whose training is maximized by normal glycemia.

But for now, diabetes is the market.

My brother has been a leader in the field for several decades and is restrained about any new technology until it is proven effective, but he recognizes the unique potential of GWave.

“Since the discovery of insulin, we could measure sugar in urine, then we could measure it through finger sticks, and then we had CGM,” he said. “But from what I’ve seen, GWave could make everything else look primitive.”

JH
James Hirsch
James S. Hirsch, a former reporter for The New York Times and The Wall Street Journal, is a best-selling author who has written 10 nonfiction books. They include biographies of... Read the full bio »
Do you recommend this article?
Yes

Experts Weigh In on Exercise with Diabetes
8/23/21