What Are the Biggest Challenges and Opportunities in Diabetes?

By Alexander Wolf and Nicole Kofman 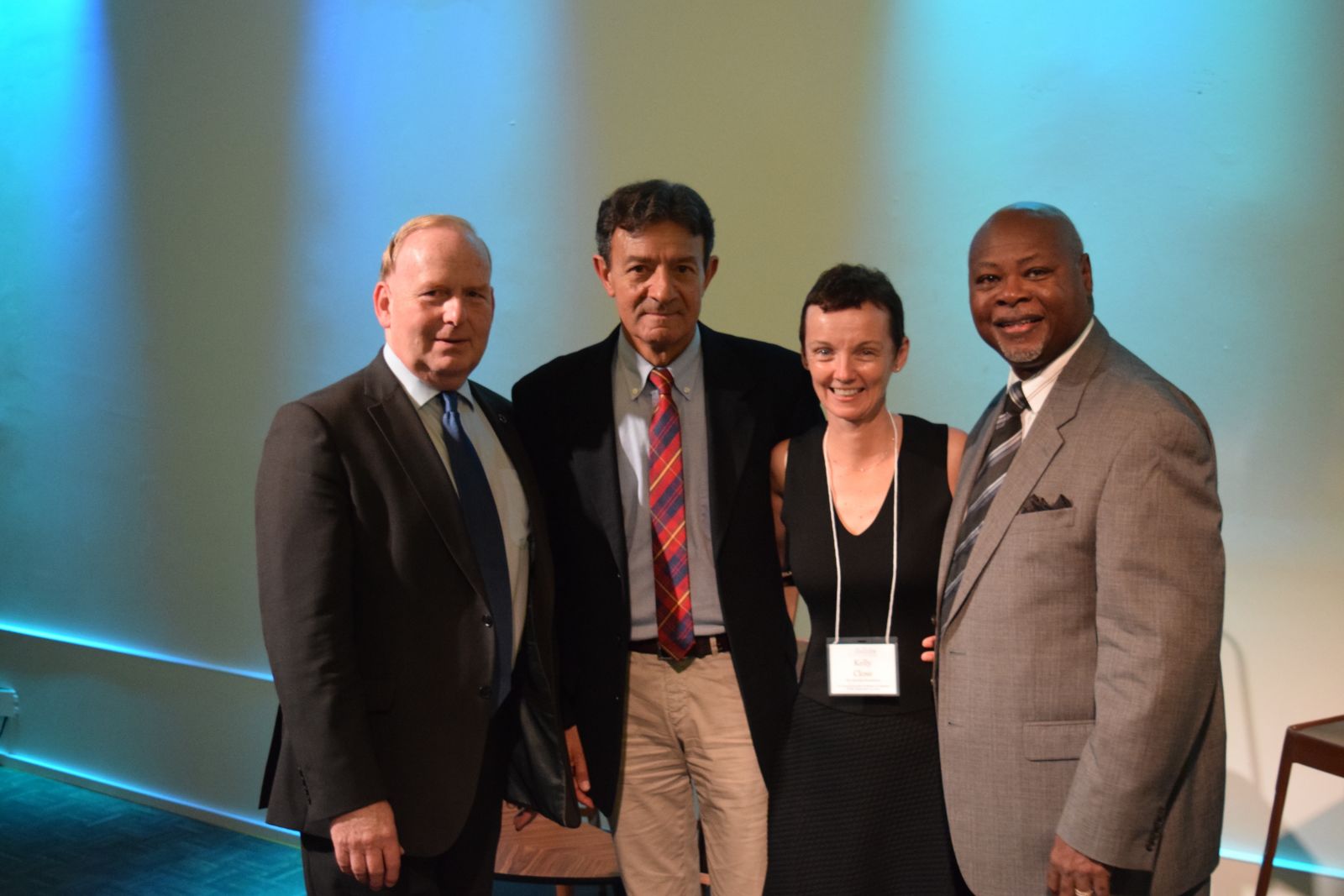 In honor of EASD 2015 – the largest European diabetes conference of the year – The diaTribe Foundation hosted its second annual “Solvable Problems in Diabetes” gathering in Stockholm, Sweden. The diaTribe Foundation brought together three leading thinkers in diabetes for a lively discussion on the current state of the field. This year’s panel featured an incredibly famous trio of leaders in diabetes: 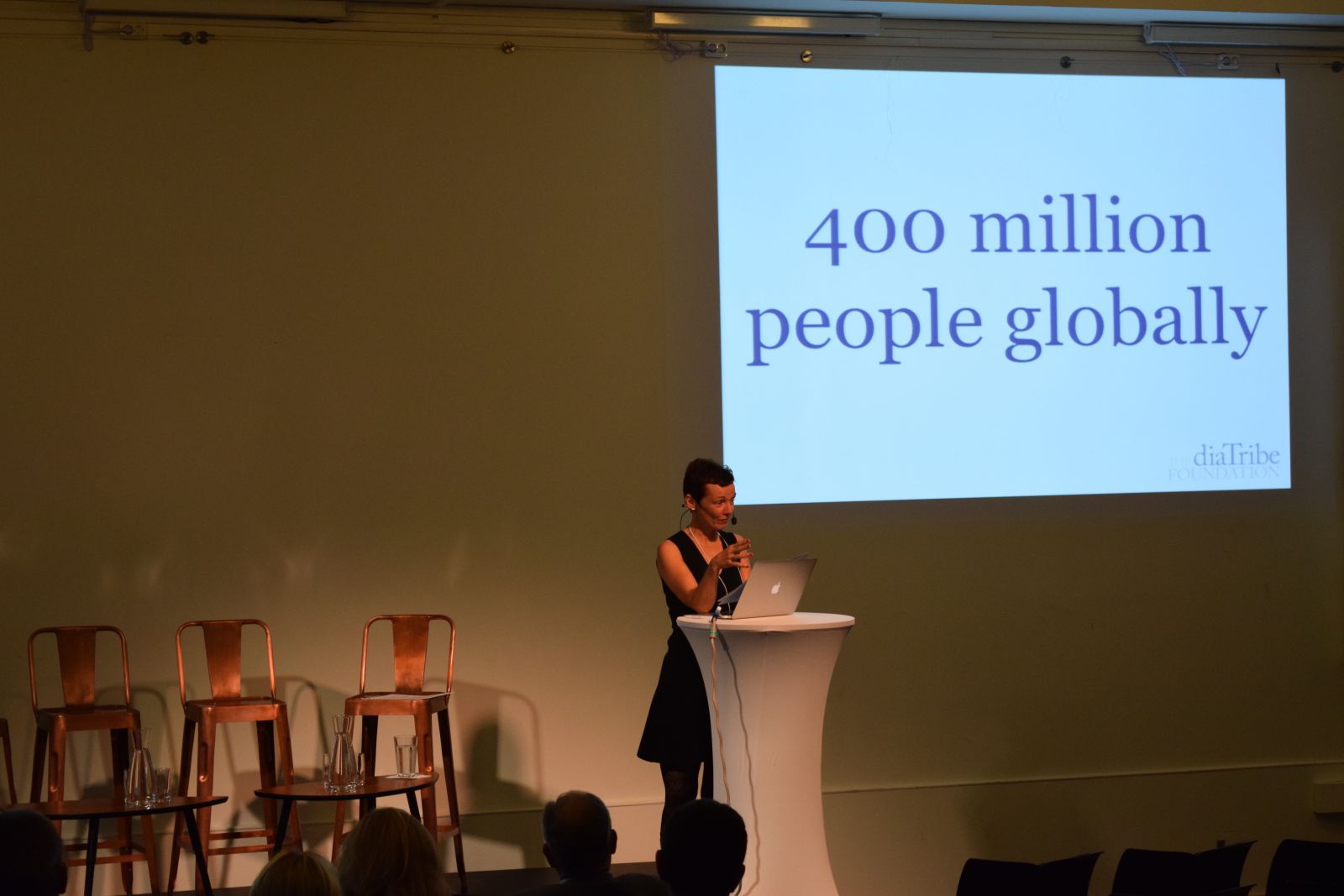 Our founder, Kelly Close, moderated the discussion and kicked off the evening with an impassioned speech on the progress we’ve made and the hurdles still left to overcome:

“Recent figures in the US show that over 12% of our country now has diabetes – and in people over 65, over 33% have diabetes and 83% have diabetes or prediabetes. Nearly 400 million people globally have diabetes. There are more patients than ever before, and they’re not doing well enough. I’m not happy with the inequities in the system, and I know I am not alone in that feeling.”

These sobering statistics set the stage for an enlightening discussion on how we can collectively address the growing diabetes crisis. We’ve gathered a few of our top moments from the evening here.

How would you spend $1 billion to change diabetes?

The Robert Wood Johnson Foundation recently committed $1 billion to fight childhood obesity. Kelly asked panelists what they would do with $1 billion to spend on diabetes. What investments could help the most people?

Professor Holman said he would focus on large-scale clinical trials that directly compare the relative pros and cons of various diabetes medications (i.e., SGLT-2 inhibitors vs. GLP-1 agonists vs. DPP-4 inhibitors, etc.). These trials could help inform guidelines to better inform healthcare providers on how (and to whom) they should be prescribing certain diabetes drugs. 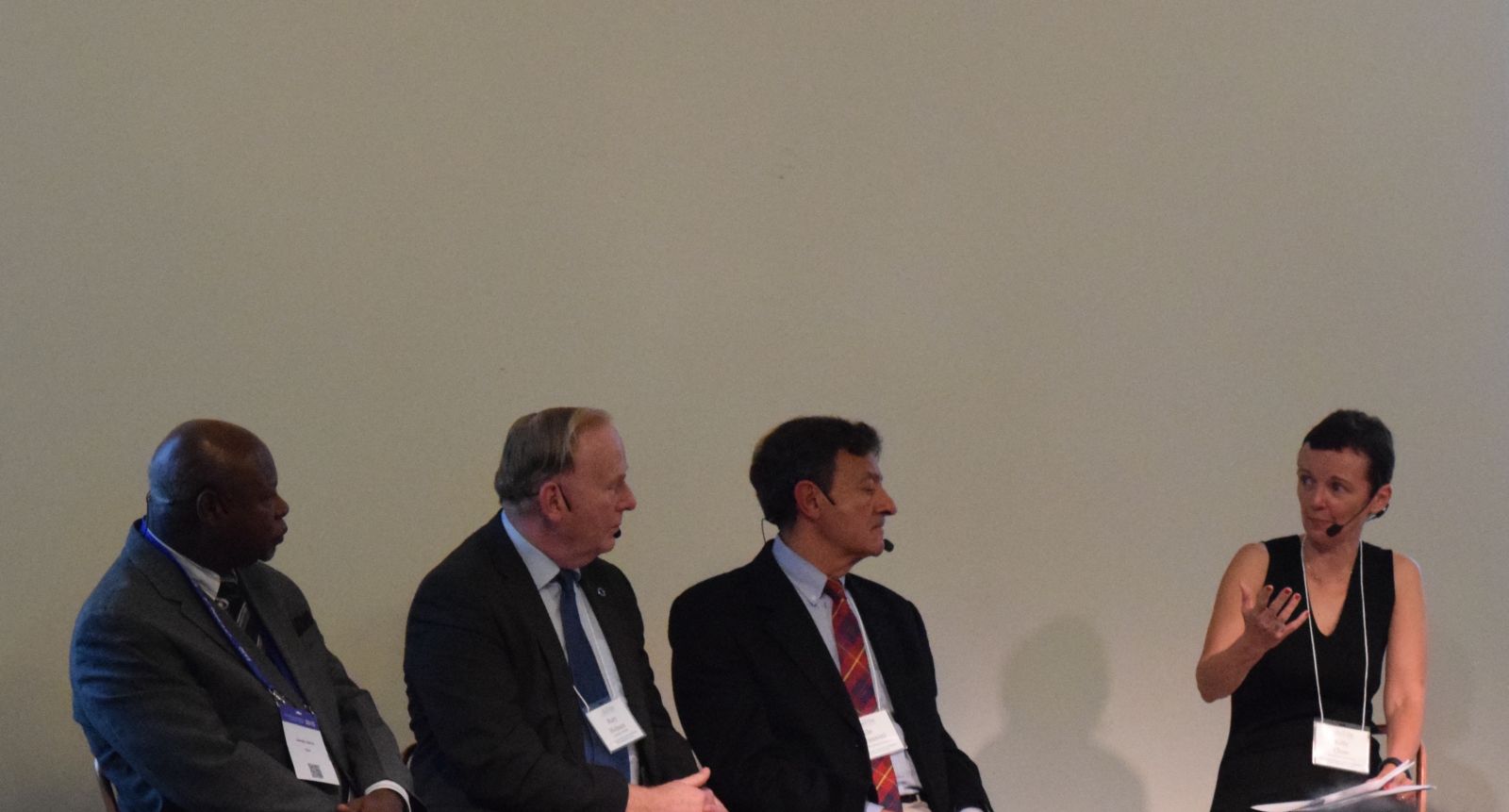 Professor Ferrannini would focus on diabetes prevention, given how many people stand to get diabetes in the future. “We just cannot cope with the number of new cases. For that, we can only use prevention.”

Dr. Gavin would split the money between prevention and efforts to better understand the different stages of diabetes and which therapies work best for which patients when. “Prevention is going to be fantastic and we’ll dance in the streets. But it will be a bigger dance when clinicians don’t have to worry about what to do with what and for whom.”

On a positive note, the panelists discussed the declining rates of diabetes complications. Notably, diabetes is no longer the leading cause of blindness. As Professor Ferrannini stated, “We’ve seen in the New England Journal of Medicine recently that complications have fallen to 50% of what they were; and clearly, the survival and the quality of life for patients have improved.”

Smart Insulin and Closing the Loop

Dr. Gavin mentioned that glucose-responsive or “smart” insulins hold significant potential to work in tandem with closed-loop (aka “artificial pancreas”) systems to better treat people with diabetes. Professor Holman called smart insulin “a closed loop system in a syringe” – though he highlighted that it will likely be challenging for these insulins to rapidly respond to meals.

The panel was cautious about having high expectations for closed loop systems. Professor Holman raised safety as a major concern, stating, “It’s got to be ultra-safe 24/7, 365. I think we’re some way off from doing it. I don’t think it’s impossible, but the current technology is not robust enough – maybe five to ten years down the line.” [Read about Adam and Kelly’s positive experience with closed-loop here. They also agree with Professor Holman and stress that the earliest generation of the closed loop systems will not be as easy to use or developed as later-stage systems.]

Dr. Gavin expressed the most optimism about closed-loop systems, but still wondered how accessible they will be: “I continue to believe that the inventiveness and creativity of humankind will allow us to master technology, electronics, and gadgetry more quickly than we master biology. My optimism is that there will be strides that we’ll see toward development of effective closed loop systems. My pessimism is that they will be for a very narrow band of patients.” We believe that Dr. Gavin is absolutely right and that patient advocacy will be critical on both the regulatory as well as reimbursement fronts – we know JDRF is doing a great deal of work on this already, and we know all of us need to work together!

Which technology will be the most impactful in developing countries in the next decade?

Professors Ferannini and Holman argued that basic management and access to medications are more urgent needs than high-tech and we’d certainly agree with that – first things first, and we thank them for reminding us all of that. “Worrying about bringing advanced technology to developing countries is like eating dessert before dinner,” said Professor Ferrannini. Professor Holman echoed this analogy: “We’re not even at the stage of technology, it’s more about having people and resources to provide what is in fact a lifesaving drug.” This is why The diaTribe Foundation is committed to bringing awareness of these issues to foundations throughout the world. The JDRF and the Helmsley Charitable Trust have done amazing work on the type 1 diabetes front, and we need to bring similar understanding and resources to the type 2 diabetes and prediabetes fights. We’d like to see much more being done to help underserved populations like with Dr. Gavin’s organization Healing Our Village, which specializes in advocacy, training, education, and outreach in underserved communities.

Concluding Thoughts: Optimism for the Future 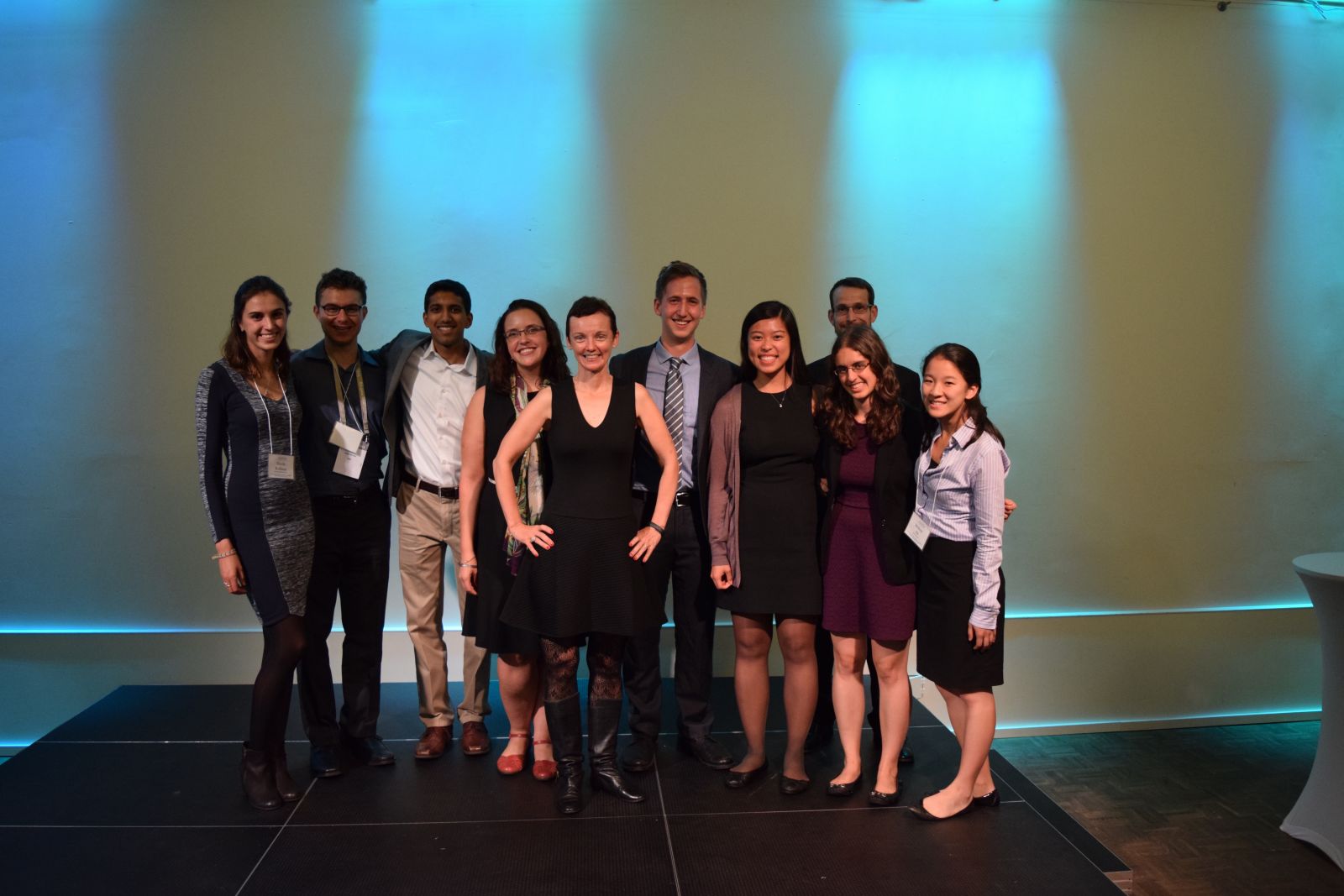 All three panelists agreed that we are far better off today than we were five years ago. As Professor Holman put it, “I’m definitely more optimistic than I was five years ago, not only because we’re beginning to understand the biological processes underlying diabetes, but also because society is waking up to the problem and beginning to do something about it.” Hear, hear! An enormous thank you to these three absolutely incredible researchers, clinicians, and leaders across the global landscape – what an incredible honor it was for our diaTribe Foundation to be able to hear them speak. We thank them enormously for their time, energy, commitment, and brilliance.