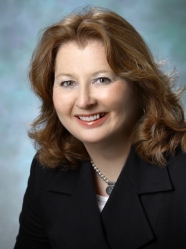 The diaTribe team was seriously lucky to interview the 2014 American Association of Diabetes Educators (AADE) President, Joan Bardsley. Diabetes education is a vital part of diabetes management, yet it is one that still remains absent from many peoples’ lives. In this interview, Ms. Bardsley reflects on her time as AADE President (she was President throughout 2014) and where she sees the organization heading in the future. Our discussion also touched on the critical role diabetes education plays, the advice Ms. Bardsley would give to anyone with diabetes, and her thoughts on how to expand AADE’s efforts to keep up with the ever-growing needs of the diabetes community.

Kelly: Hi Joan! Thank you so much for being with us today! We’re so impressed with the direction that AADE is headed and excited to speak with you. Let’s move right into our questions!

Alex: What three things should every person with diabetes know about diabetes educators?

I would also let them know that diabetes educators have a vast background and come from many different walks of clinical life. They’re not all nurses, and they're not all dietitians. There are many, many different disciplines and the diabetes educator can really help bring all of those particular areas of focus together. They're not just teaching how to do blood sugars or teaching about foot care. They’re really talking about the whole person, and that is critical in managing diabetes.

Diabetes educators are your advocates over the long term.

HOW DIABETES EDUCATORS CAN HELP

Alex: Thank you – that’s a really important piece about diversity, in particular and we’re glad you brought that up. Next, where and when do patients typically need the most help from diabetes educators? How can diabetes educators help in addressing those needs?

Joan Bardsley: I’ve met with a lot of people with type 2 diabetes who really struggle with the lifestyle changes they need to make. Many also feel a tremendous amount of guilt. It’s one of our goals to make sure they realize that it’s not a futile journey they are on and help them deal with these issues and really understand what can be done and what can’t be done.

The Diabetes Prevention Program really was amazing in showing the impact of having a team approach to managing care. It takes time to really work with the individual, find out what their struggles are, and find out what the issues are behind it. Many people struggle for a long, long time and have gotten almost judgmental care, and that can’t continue. We really have to work with people to see what their needs are in order to better prevent and manage their diabetes.

Nancy: We couldn’t agree more. We did some work recently on the stigma and guilt associated with diabetes and how it impacts diabetes care. Both type 1s and type 2s feel stigma, and it has a big effect on day-to-day management in many patients.

Joan Bardsley: People can be frightened, and what’s important is really helping them work through that fear – not confusing facts with myths, managing diabetes beyond just looking at what complications exist, understanding the new technologies that are coming out and the new ways to manage diabetes. There’s a lot of hope, and we have to make sure that people understand that.

Nancy: What are the first messages you’d say to someone with diabetes to instill that hope in them and not have them focus on the negatives?

THE ROLE OF DIABETES EDUCATORS IN THE CARE TEAM

Adam: Switching gears a bit, why don’t you think more people with insulin-dependent diabetes are on pumps or CGM? What are the areas where educators can help get more people on diabetes technology?

Joan Bardsley: I do think technology is important to learn about from a diabetes educator. First of all, if a person is not referred to an educator, he or she may not have the opportunity to discuss the various technologies that are available.

Diabetes is typically managed in family medicine or internal medicine, and truly these providers just don’t have the time. They have such a short visit. It’s hard to cover all aspects of the person’s health care.

That’s the beauty of diabetes education. We teach patients how to go into your visit. How do you speak with your provider? What questions do you need to ask? So the question is, how do we get patients more engaged and give them that opportunity to learn more?

Kelly: Got it. What would be your dream model of how a patient with diabetes is cared for from diagnosis through their lifetime with diabetes?

Joan Bardsley: Number one, being an integral part of the team. My dream would be that patients could refer themselves to diabetes educators. I think that would be fantastic. If they want to see an educator, they could see an educator on their own.

Adam: What would your ideal care team for a person with diabetes look like? What different people are on the sidelines?

Joan Bardsley: Obviously diabetes educators, as well physicians or PAs, and a nurse practitioner. I don’t think we have enough people really looking at the psychological health issues. Often those who have these issues aren’t always referred to a mental health professional. I would like to see for every family practice, for every educator, for every endocrinologist – do they have someone they can refer to who really understands the psychological impact of diabetes and chronic care? I would suspect that’s not the case with most people, and that’s something that concerns me.

Kelly: And let’s say, even in a dream world where you do have someone to refer to, there’s still no coverage for diabetes education, or very little...

Joan Bardsley: We treat coverage for psychological health much differently than we do for physical health and that shouldn’t be the case. Unless you are addressing the underlying psychological issues with dealing with the chronic disease, the physical part will never be where it needs to be – or it will be more of a struggle.

Kelly: I think there are a lot of people who feel that becoming a diabetes educator is too difficult. There’s pay, the number of hours it takes to get the certification, and a lot of different things  – what are your thoughts on it?

Joan Bardsley: It’s a very good question. I’ve been a diabetes educator for forever, it seems, and it’s the best job in the world. You’re not in it for the money, that’s for sure. That’s not the reason you become a diabetes educator. You do it because of the passion that you have for working with people with diabetes.

One of the things that we’re trying to do is have different levels of diabetes education so that more people could get involved. There is a process recognizing that there are a lot of people out there who have excellent skills and can certainly make a huge impact in the community where they’re working, their churches, etc.

Kelly: I’m lucky because I do have a diabetes educator, but many people don’t because there aren’t enough of them. A typical primary care physician doesn’t even get much education about diabetes. Would it be better if we got more educators out there by removing some of the barriers to becoming an educator?

Joan Bardsley: I certainly support that. I once taught a class to medical school residents where we brought them in for a day and a half. It was like diabetes boot camp. We talked about the basics. Someone’s blood sugars, what do you do? How do you prescribe insulin for this? How do you prescribe a pen? Very practical stuff. After a day and a half so many of them said they learned more about diabetes in this day and a half than they had from four years of medical school and in residency.

Kelly: And you could have a major, major difference here, just in even talking about the numbers of educators. That is definitely one of the things we care the most about.

Alex: What were your major goals and priorities for your time as President?

Joan Bardsley: That’s a really good question. One of the things that I’ve noticed in being involved with AADE over the year is that we absolutely do more when we are connected with other organizations. We can’t be siloed. I think this whole year we’ve worked towards reaching out to other organizations– physician assistants groups, the family medicine groups, nurse practitioners, osteopaths, and others. If I had to choose one thing, that would be the one that I thought was the most successful. We’ve made real connections, and solidified concrete plans to work on projects together, all with the goal of better serving the needs of people with diabetes.

Kelly: That is so awesome to hear, because I think patients all of the time feel, “Gosh, all of my doctors and nurses aren’t even talking to each other.” That’s huge.

Joan Bardsley: I would have spent more time learning about how we most effectively harness the power of social media. That’s our future. I know that our next president has made this a priority and is well versed in how to use social media to get desired results.

Alex: What are your big-picture goals for AADE in the next five to ten years?

Joan Bardsley: What I’d really like to see in the next five to ten years, hopefully even sooner than that, is a plan for better reimbursement for diabetes education so that more people can have access. That’s a huge deal. It will also mean more referrals to diabetes educators because people know about us and our value.