What is JDRF’s Chief Mission Officer Dr. Aaron Kowalski Most Excited About? 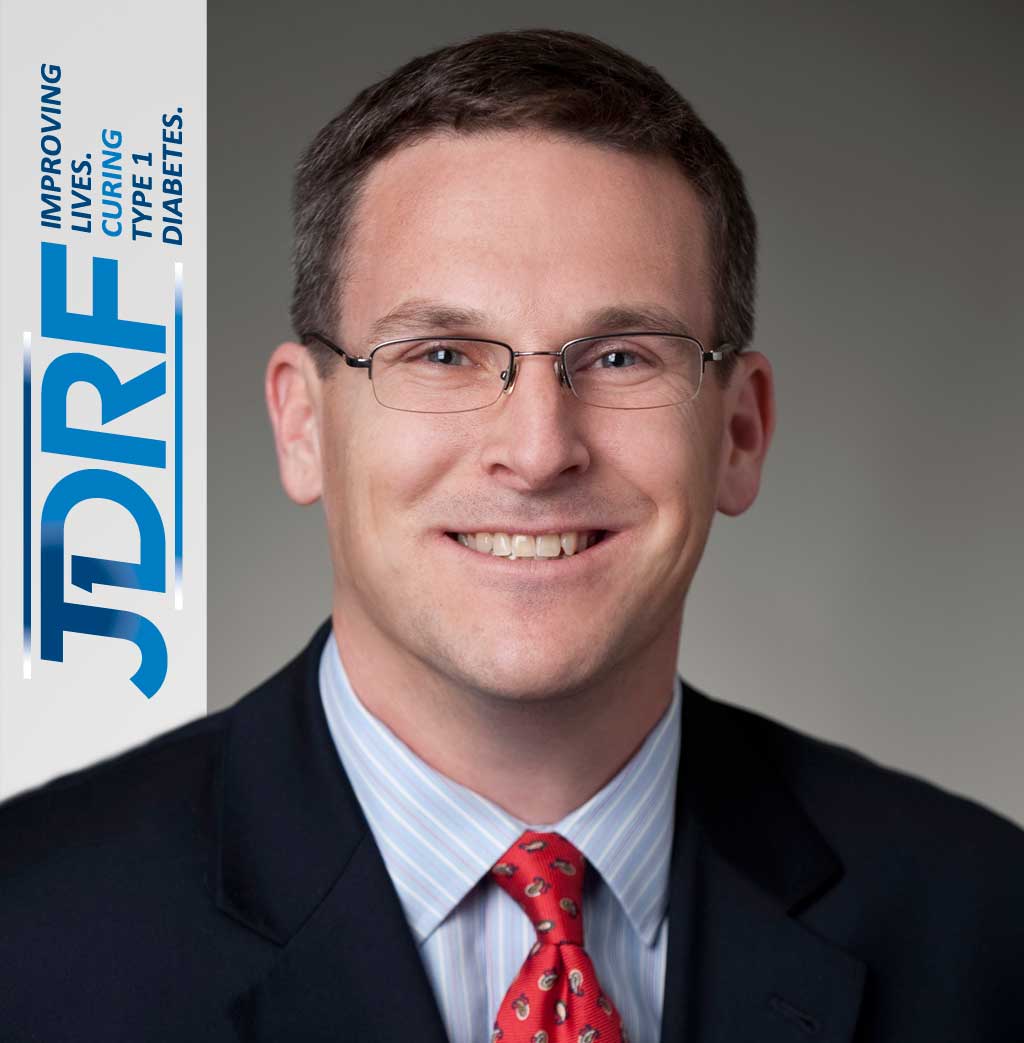 At this year’s AADE conference, JDRF’s Chief Mission Officer and VP of Research Dr. Aaron Kowalski presented a comprehensive update on JDRF’s research initiatives. In his opinion, this has been the best year yet for research progress in his ten years at JDRF! This article shares key points from Dr. Kowalski’s discussion of the next major advances in type 1 diabetes, including closed-loop systems, stem cell therapy, smart insulin, and advocacy.

As we also heard at this year’s ADA Conference, Dr. Kowalski believes that it’s a matter of when, not if closed-loop systems (aka, “artificial pancreas” or “automated insulin delivery” systems) will come to market. These systems involve the use of devices – insulin pumps, continuous glucose monitors (CGMs), and software algorithms – that decide how much insulin (and in some cases, glucagon) to deliver. JDRF has been involved in the movement to accelerate the development of an AP system since 2006.

Dr. Kowalski believes that we can expect insulin-only systems to hit the market within the next couple of years (~2017-2018), and that dual-hormonal systems with insulin and glucagon (like the Bionic Pancreas) might take longer to be approved by the FDA). In particular, he mentioned that Medtronic’s goal of launching its MiniMed 670G/Enlite 3 hybrid closed-loop system in the US by April 2017 should be achievable, as its pivotal clinical trial is already recruiting participants and is expected to be completed by May 2016. See here for a full overview of the closed-loop systems in development. Dr. Kowalski also invited patients to check out this article written by a member of the “Bigfoot Family” to learn how a closed loop system can simplify life with type 1 diabetes.

Dr. Kowalski was optimistic about the future potential of stem cell therapies for diabetes, which can be used to create large quantities of functional, pancreatic islet cells (including the beta cells that produce insulin). These cells can in theory be implanted into people with diabetes and subsequently regulate the body’s glucose levels, just as normal beta cells would. Three major research groups have shown particular promise in this field, including the Harvard Stem Cell Institute (under Dr. Doug Melton), BetaLogics (Johnson & Johnson), and ViaCyte, one of JDRF’s partners (JDRF has donated over $15 million to ViaCyte throughout the past decade).

ViaCyte is the only group currently approved for research in human patients (the other groups are studying their therapies in animal models). One of the most significant barriers to stem cell transplants is protecting implanted cells from attack by the patient’s immune system. ViaCyte approaches this problem by encasing pancreatic progenitor (parent) cells in its “Encaptra” device, which serves as a protective barrier from immune cells and is roughly 1 x 3 inches in size. The device is then implanted under the skin, allowing the cells to mature into cells that produce insulin, glucagon, and other hormones. In theory, they will mature to regulate blood glucose in a similar (if not identical) manner to natural pancreatic cells.

The FDA approved ViaCyte’s early human clinical trial in San Diego in August 2014 – multiple trial participants are already undergoing therapy – and ViaCyte recently announced that it’s opened a second site in Canada. Data from this very early stage study could inform longer and larger studies down the road, and there are many regulatory steps that must go right for this to come to market in the medium term. Still, it is very promising that ViaCyte is in human trials, a major milestone for the company’s technology.

Dr. Kowalski made it clear that ViaCyte’s stem cell therapy (and stem cell therapies in general) may not lead to complete insulin independence, but they could aid patients in maintaining tighter glucose control and reducing hypoglycemia. As we’ve heard before from experts such as Dr. Irl Hirsch, a member of diaTribe’s Advisory Board, “cures” to type 1 diabetes could be considered successful even if they do not lead to complete insulin independence. Of course, everyone’s definition of a "cure" is different, but there’s no question that having to take much less insulin would be a welcome advance!

To learn more about stem cell therapy and diabetes, check out this learning curve.

Like stem cell therapies, “smart” insulin won’t be a realistic option for therapy for some time, but the first glucose-responsive insulin has moved into clinical trials as of fall 2014. Glucose-responsive/glucose-dependent insulin, or “smart" insulin, works directly in response to the body’s levels of blood glucose: the higher the blood sugar, the more insulin is released, and the lower the blood sugar, the less insulin is released. Theoretically, patients would only have to take the insulin once each day, and it would do all the rest at a molecular level – perfect dosing to maintain blood glucose in range all day. Dr. Kowalski expressed hope that this JDRF-supported trial will inspire major insulin manufacturers to also become more interested in developing “smart" insulin, so that it can one day be the standard of care.

As the Chief Mission Officer of JDRF, Dr. Kowalski is dedicated to linking JDRF research with the broader patient community through advocacy, ensuring that effective treatments get into the hands of people with diabetes more quickly. In his presentation, he highlighted the following advocacy efforts JDRF has engaged in:

The diabetes community has much to look forward to in regards to JDRF’s research and advocacy efforts. Thank you, Dr. Kowalski and JDRF, for providing us with such an encouraging update!