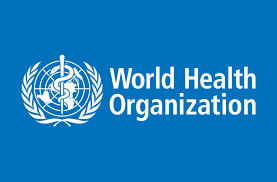 By Melissa An and Varun Iyengar

On April 7, in honor of World Health Day 2016, the World Health Organization published its first-ever Global Report on Diabetes to increase awareness about the rise in the disease and to inspire actionable and affordable steps to tackle it. The document was simultaneously published alongside an analysis of trends in diabetes prevalence in a prominent medical journal, The Lancet. Together, the reports paint a compelling picture of the staggering burden and consequences of diabetes worldwide while issuing a global call to action.

What were the biggest global findings from the reports?

The WHO’s estimates reinforce the severity of the diabetes pandemic raised in the IDF’s seventh edition of its Diabetes Atlas last November, which estimated that 415 million people globally have diabetes today and only 30 million had diabetes in 1980.

What regions have the highest rates of diabetes?

Half the diabetes cases in the world are in two regions: South East Asia (96 million, including India, Thailand, and Indonesia) and Western Pacific (131 million, including China, Australia, Japan, and New Zealand). While the drivers of these trends are complex, two contributing factors include rapid urbanization and genetic predispositions in certain East-Asian ethnic groups.

However, the WHO Eastern Mediterranean region (e.g., Egypt, Afghanistan, Pakistan) has experienced the greatest increase in diabetes prevalence over the past 25 years. This region also has the highest prevalence of inactivity in both adults and adolescents.

A Global Call to Action

The numbers represent the first WHO trend analyses published since the UN adopted a voluntary target to “halt the rise in diabetes and obesity” by 2025. The UN General Assembly adopted this target in 2011, encouraging member states to develop national plans to combat diabetes and obesity. Given these sobering trends, the WHO concludes that only a few regions – mostly in Western Europe – have even a chance of meeting the target to halt the rise in diabetes by 2025. Indeed, over the past three years, diabetes prevalence has either increased or remained the same in all countries and at all income levels.

This is unacceptable, and solutions will only come from our collective efforts. As the WHO report states:

There are no simple solutions for addressing diabetes, but coordinated, multicomponent intervention can make a significant difference. Everyone can play a role in reducing the impact of all forms of diabetes. Governments, health-care providers, people with diabetes, civil society, food producers and manufacturers and suppliers of medicines and technology are all stakeholders. Collectively, they can make a significant contribution to halt the rise in diabetes and improve the lives of those living with the disease.

To learn more about the WHO’s recommendations for combatting global diabetes, see its full report here.