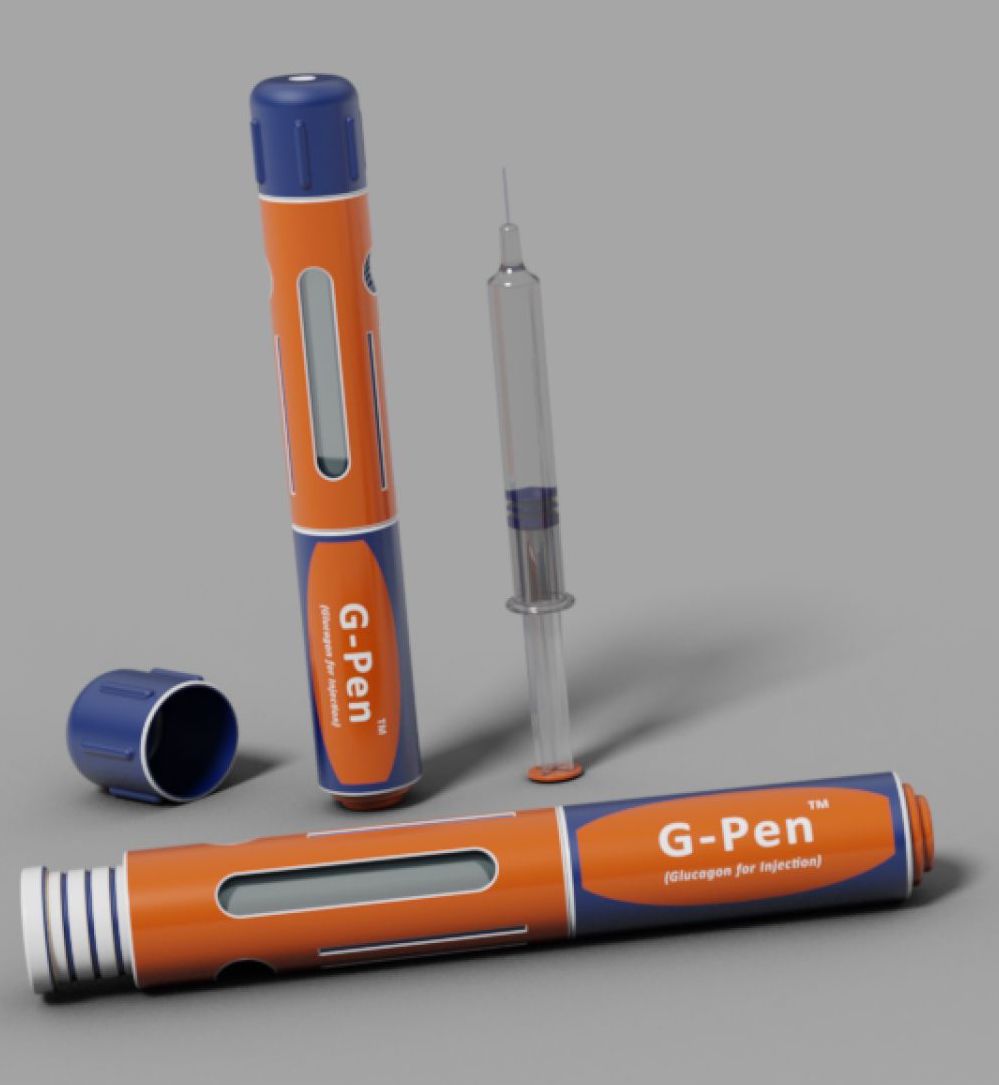 By Jimmy McDermott and Peter Rentzepis

Xeris has submitted its Glucagon Rescue Pen – the “G-Pen” – for the emergency treatment of extremely low blood sugar (severe hypoglycemia) to the FDA. Unlike current glucagon kits, Xeris’ glucagon is a room-temperature stable liquid; because it does not require mixing prior to use, it will be “ready to inject” (like an EpiPen for allergies) in two simple steps: (1) remove the cap from the pen; and (2) press the pen against the skin (presumably arm or leg or wherever is available). Upon contact with the skin, the automatic injector will deliver a rescue dose of glucagon. This will make glucagon administration during emergencies easier and faster than current options. Assuming a standard review process, we hope for an approval decision from the FDA in roughly mid-2019.

Glucagon, made in the pancreas, is responsible for increasing blood sugar levels by telling the body to release sugar stored in the liver into the bloodstream. In type 1 diabetes, glucagon is impaired (like insulin), leaving no defense against extreme lows. In situations where someone is unresponsive – e.g., seizure or in a coma – administering glucagon will quickly raise blood sugar levels. Current glucagon kits require mixing glucagon powder and liquid together during an emergency which is prone to error and scary for caregivers.

In contrast to conventional kits, Xeris’ G-Pen contains a modified formulation of glucagon that is stable in liquid form and does not require mixing. Recent studies have demonstrated the potential for safer use and improved response time in both adults and children:

The diaTribe Foundation has written about Xeris’ glucagon since their early development announcements in 2012. Following the recent submission of Lilly’s nasal glucagon for severe hypoglycemia, this is the second FDA submission for a next-gen improved glucagon. Approval decisions on Lilly’s nasal glucagon in both the US and Europe are running on a similar timeline: we should hopefully hear in roughly mid-2019. Another improved glucagon rescue product that is currently under development is Zealand Pharma’s autoinjector pen. Zealand’s pen also uses a stable liquid glucagon, similarly eliminating the need to mix powder with liquid before injecting. But Zealand plans to submit its glucagon to the FDA in the second half of 2019, putting it about a year behind.

Beyond glucagon rescue pens for severe hypoglycemia, both Zealand and Xeris are working on pumpable glucagon that can be administered alongside insulin as part of an automated dual-hormone closed-loop system (Bionic Pancreas). Zealand and Beta Bionics have begun early studies and expect to start an insulin-glucagon clinical trial in late 2019/early 2020. Xeris’ glucagon is also in an early closed-loop study in Oregon.