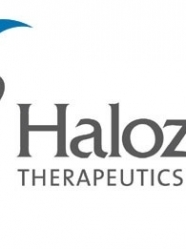 Halozyme announced recently that Yale researchers have started a 20-patient artificial pancreas study (which is still recruiting) that will test the ability of hyaluronidase to speed insulin absorption. Many researchers consider the speed of insulin action (especially to help control post meal glucose levels) to be the biggest challenge in creating an artificial pancreas, so the results of the trial are highly anticipated. Halozyme’s hyaluronidase is an enzyme that temporarily breaks down obstructions beneath the skin allowing drugs like insulin to be absorbed and act within the body faster. For more information on the mechanism of hyaluronidase, read our new now next here, where early studies showed that hyaluronidase tripled the amount of insulin in the blood stream 15 minutes after injection.

The artificial pancreas trial will test the benefits of hyaluronidase administration through two approaches: a combination formulation with Humalog (insulin lispro), and a single bolus of hyaluronidase through an infusion cannula (“preadministration”) before using insulin. Both approaches will be compared to blood glucose control achieved using Humalog alone. The independent study is funded through a JDRF grant and will use Medtronic’s closed-loop system (a Paradigm Revel insulin pump, an Enlite CGM sensor, and laptop controller).

Halozyme is also currently conducting a large study testing the benefits of hyaluronidase in people who use insulin pumps. Preliminary results from the 400-patient trial (ClinicalTrials.gov Identifier: NCT01848990) are expected in the beginning of 2014. Along with MannKind’s Afrezza (which has just been resubmitted to the FDA), Novo Nordisk, Biodel, BD, Insuline, and other companies are also working on faster insulins. –NL/AB