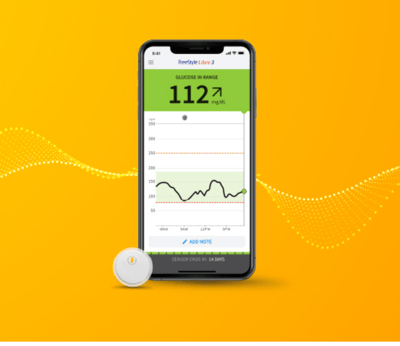 The FreeStyle Libre 3 has been cleared by the FDA for people ages four and older. The new continuous glucose monitor is as small as two stacked US pennies, provides real-time readings directly to the mobile app via Bluetooth, and has the same list price as the Freestyle Libre 2.

On May 31st, 2022, Abbott announced that the new FreeStyle Libre 3 has been cleared by the FDA for people with diabetes in the United States. Libre 3 was "cleared" by the FDA, which means the manufacturer demonstrated that the product was substantially equivalent to similar devices that have already been marketed and received clearance or approval from the FDA.

This third-generation continuous glucose monitor (CGM) has many of the same features as the FreeStyle Libre 2, including optional alarms, 14-day wear, and high accuracy. The FreeStyle Libre 3 also adds several new features:

Where is the Freestyle Libre 3 worn? 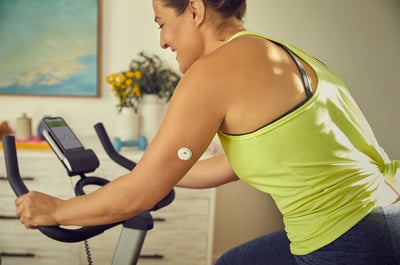 How much does the Freestyle Libre 3 cost?

Where is the Freestyle Libre 3 available?

The FreeStyle Libre 3 launched initially in Germany, with limited availability in the Netherlands. In March 2022, Abbott announced that the FreeStyle Libre 3 would be made available in the UK via the NHS Supply Chain Framework. It appears that the NHS will cover this CGM for everyone with type 1 diabetes and people with type 2 diabetes who are at risk for severe hypoglycemia or who have "unstable blood sugar."

On May 31st, the FDA cleared the Freestyle Libre 3 in the US for people with diabetes ages 4 and up. According to their latest press release, Abbott intends to make the new CGM available at participating pharmacies later in 2022.

Matthew Garza
Matthew Garza joined the diaTribe Foundation as an associate in 2020 where he worked on diaTribe Learn and the dSeries Executive Innovation Labs. In February 2022, he helped launch dStigmatize.org... Read the full bio »
K
Katie Mahoney
Katie Mahoney joined Close Concerns in 2020 after graduating from Williams College with a major in Chemistry and a concentration in Public Health. Mahoney is a guest writer for diaTribe... Read the full bio »