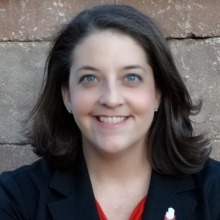 Julie Heverly joined The diaTribe Foundation in 2021 as the Director of Institutional Giving and was promoted to Senior Director of the Time In Range Coalition later that year. Heverly was diagnosed with type 1 diabetes after her junior year at Washington & Jefferson College and she is a guest writer for diaTribe Learn.

Julie is thrilled to bring her combined 12+ years of leadership at the American Diabetes Association and 23 years of patient experience to The diaTribe Foundation. Julie was diagnosed with type 1 diabetes after her junior year at Washington & Jefferson College. After graduation, she provided public affairs and PR counsel to clients like the Eisenhower Presidential Museum, The National Center for Victims of Crime and Americans for Alaska.  She eventually earned a position at Burson Marsteller, where she consulted a Fortune 500 company on government and community affairs.  In 2006, Julie accepted her first staff position with the American Diabetes Association as Market Director in Richmond, VA. She oversaw some of the country’s most successful ADA campaigns during her tenure in Philadelphia, as Director of Development and as Executive Director in Western PA and Eastern Ohio. Julie and her husband, Steve, reside outside Pittsburgh, PA with their nine year old daughter, Vivian.

Why I Keep Participating in Clinical Trials for Diabetes Innovations

Taking the Reins on Time in Range

Does This Insulin Make Me Look Fat?

How I Became Stronger than a Steel Magnolia