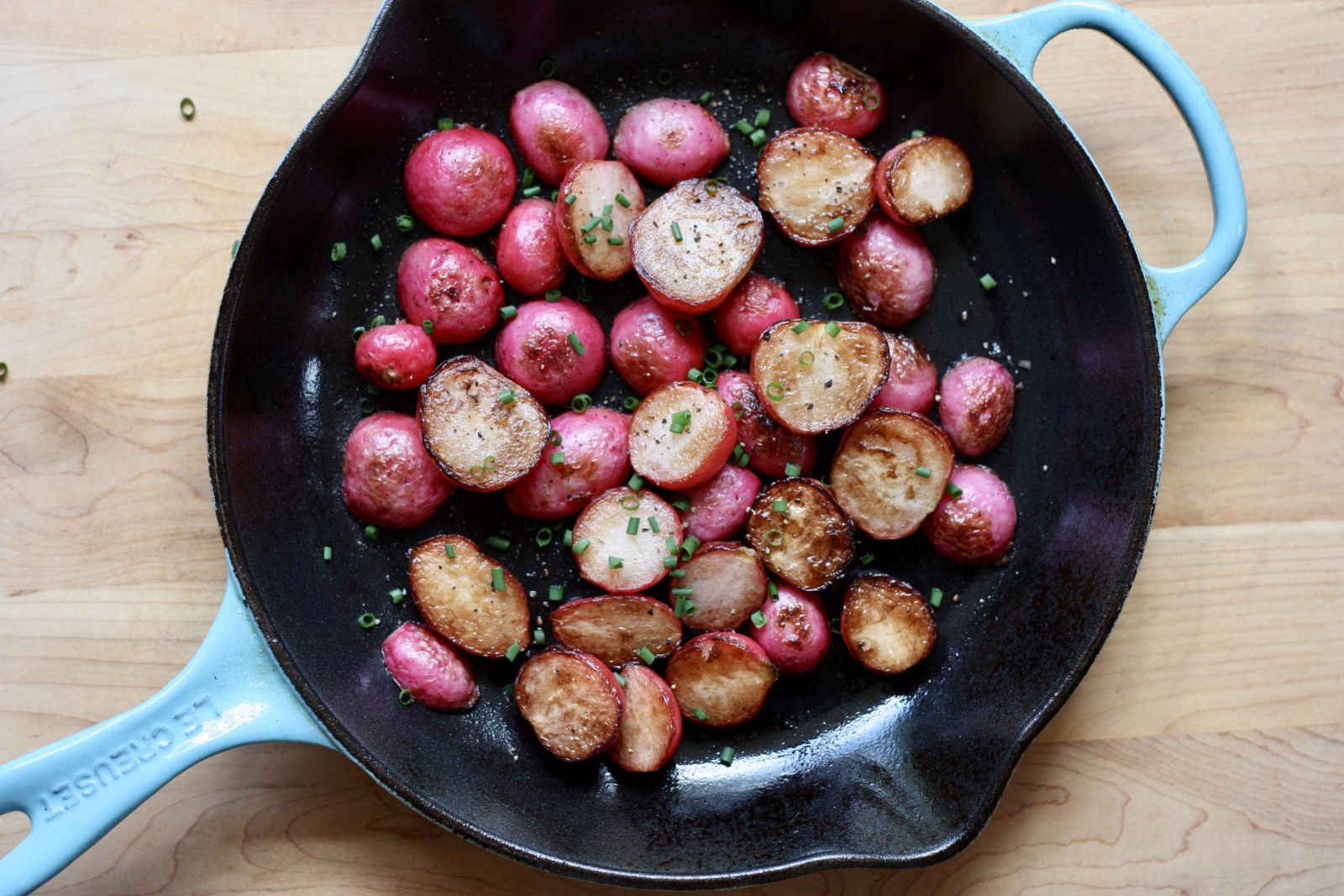 If you’ve only ever eaten radishes raw in all their crunchy, pungent sharpness, then you’ll be surprised by how tender and caramel-sweet they get when you cook them like this. You’ll be especially pleasantly surprised if you don’t even like them raw. It’s kind of a revelation. The recipe is spectacular with early-season bunched red radishes, but the truth is that it’s pretty forgiving, so if you have a bag of slightly dinged-up radishes, those will be delicious too, as will a peeled daikon cut into thick half-moons.

2 bunches of radishes, roots and leaves trimmed off, washed, and halved (they don’t need to be dry)

Chives or other chopped fresh herbs, such as parsley or tarragon, for garnish (or skip this)