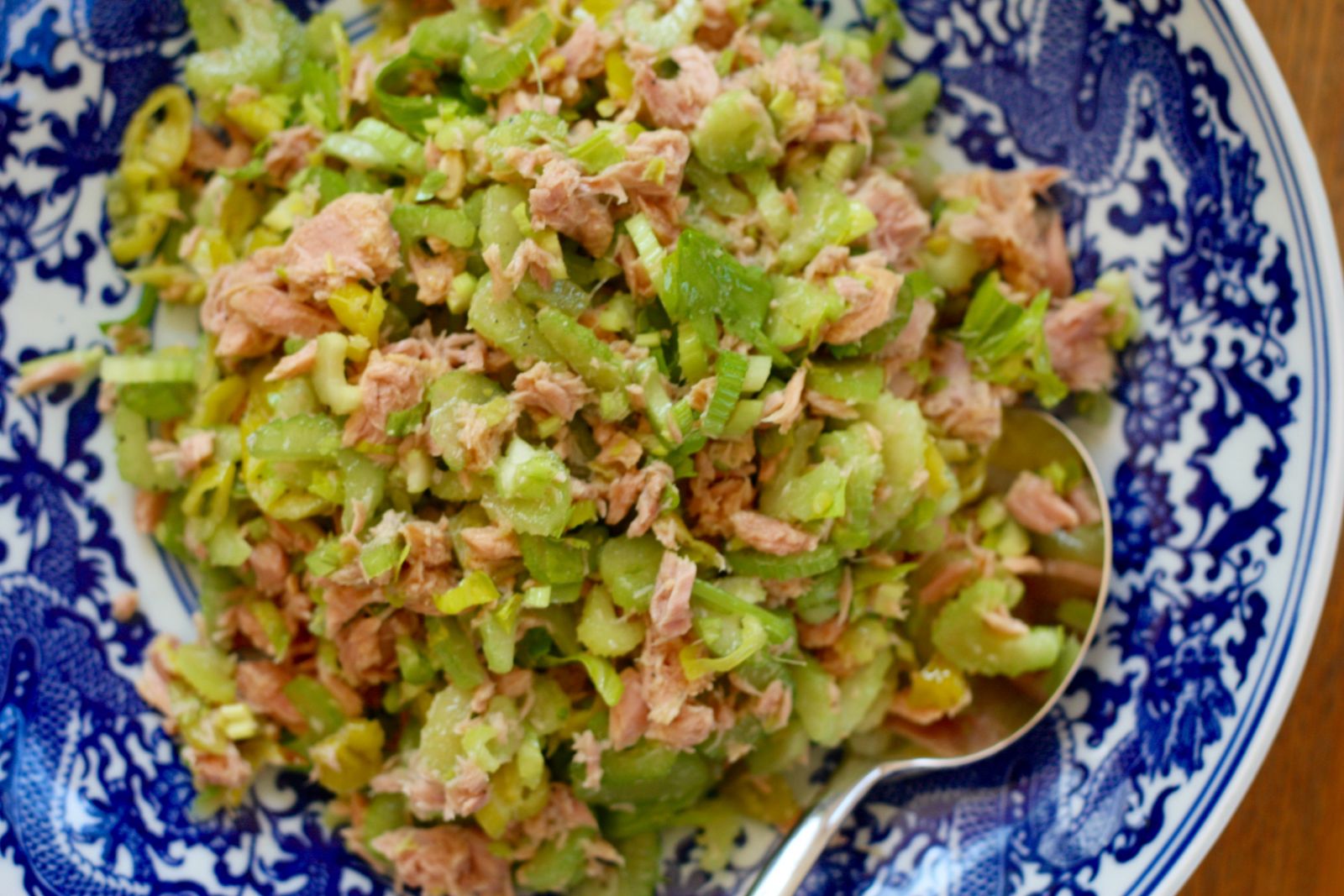 This is like tuna salad, but with the ratio flipped: celery plays a starring, rather than a supporting, role here. In fact, if you’re low on tuna, you can use only one can, and this will still be good. My 20-year-old son, who is usually more interested in food that is either hot from the deep fryer or has a gigantic bone sticking out of it, will eat and eat this salad, directly from the bowl, until it’s gone. It multiplies well and also halves easily, and you can stretch it with a can of drained white beans, if you like (recalculate the carbs if you do).

Celery can keep a month or more in the refrigerator, but if it gets too raggedy for eating raw, try this “recipe” instead: braise it over very low heat, covered, with a splash each of olive oil and water (or wine), a generous pinch of salt, a pinch of red pepper flakes, and a few smashed cloves of garlic. After 2 hours, add a big squeeze of lemon juice and eat it.

1 whole “heart” of celery, or a bunch of celery with leaves (enough to make around 3 cups sliced)

2 (5-ounce) cans oil-packed tuna, undrained (if it’s not oil-packed, drain it, and add 2 tablespoons of olive oil to the salad)

1/2 cup sliced pepperoncini (These are mild pickled salad peppers. If you don’t have them or don’t like them, swap in something else pickly, like sliced dill pickles or roasted red peppers or a big spoonful of capers, or just skip it) 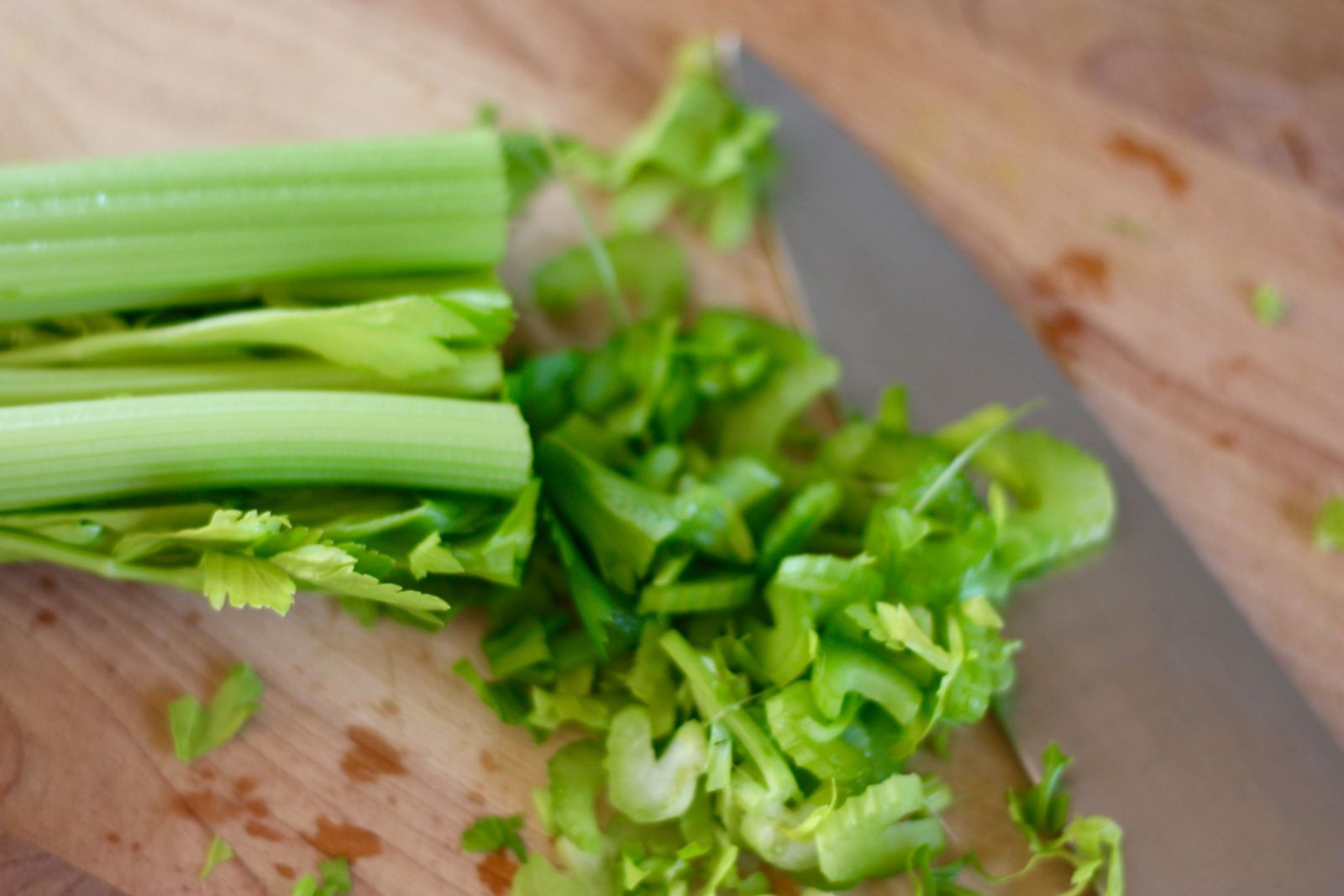 Chipotle-Lime Shrimp Salad with Radishes and...
7/6/21