CGM Can Help People with Type 2 Diabetes on Injections 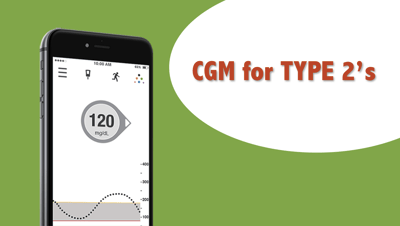 To date, real-time continuous glucose monitoring (CGM) has been thought of as a technology for people with type 1 diabetes. Finally, perceptions are starting to expand.

New results from Dexcom’s DIaMonD study were just published, sharing data in 160 people with type 2 diabetes on multiple daily injections of insulin. One group used Dexcom’s G4 CGM, while the other continued using blood glucose meters (BGM) only. After 24 weeks:

Encouragingly, 93% of the group using CGM wore it more than six days a week – a sign that people with type 2 diabetes in this study valued the technology and wore it most of the time. According to Dexcom’s Dr. David Price, the next step is to run a similar study in type 2’s on basal insulin alone (and not multiple daily injections).

CGM has been called the most important diabetes advance since the discovery of insulin, as it provides game-changing real-time feedback for users – a glucose value and trend every five minutes offers a whole new window into glucose values after different foods, exercise, sleep, stress, and beyond. This allows users to change their insulin and behavior to keep glucose in range for more of the day. Finally, studies like DIaMonD show that these benefits extend to people with type 2 diabetes.

DIaMonD outcomes in people with type 1 diabetes on injections were previously presented in June 2016 and published earlier this year. Relative to BGM alone, the type 1 group on CGM saw a larger reduction in A1c, less hypoglycemia, and more time-in-range.

One of the biggest barriers to CGM remains cost, and we hope studies like DIaMonD start to convince insurers that the benefits are well worth it, regardless of diabetes type or therapy.