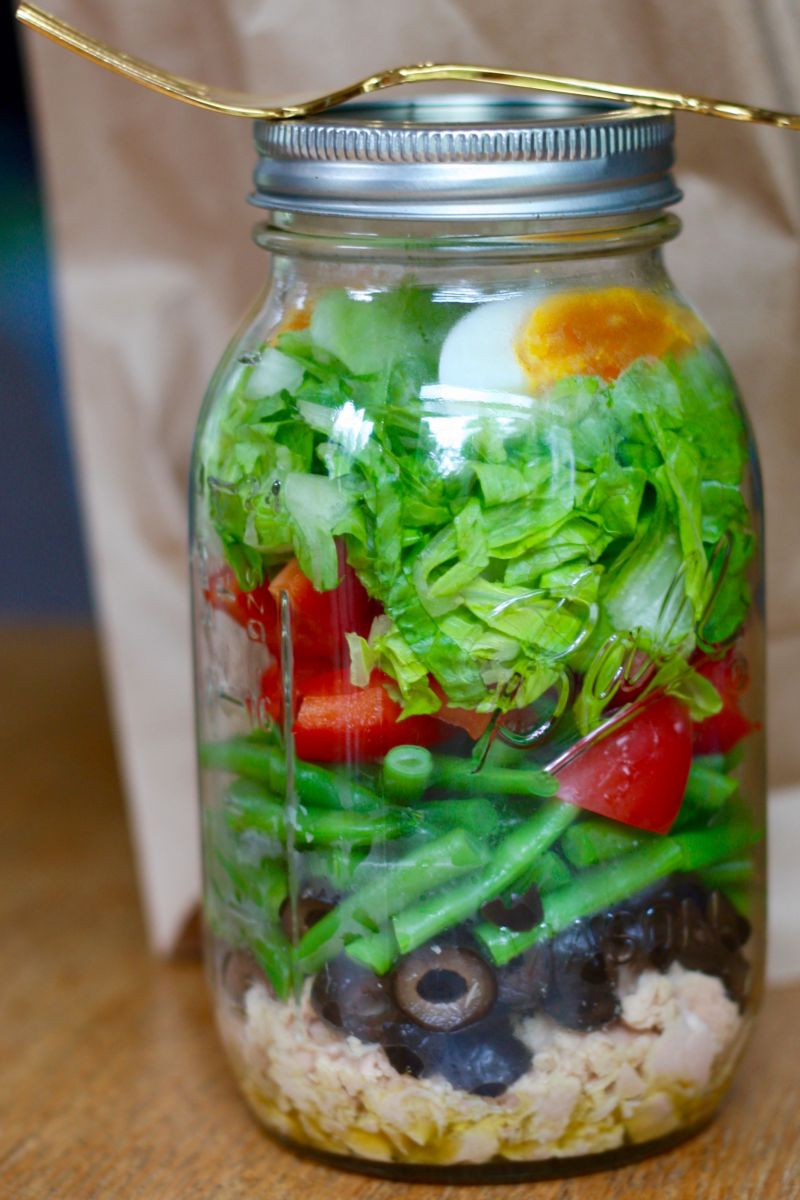 This sounds very fancy and French, but it is really just a green salad with extra yummy protein components and vegetables. Thanks to the cool layering trick, the dressing hangs out on the bottom where it won’t make the lettuce wilty—but then, when you dump it out, it’s all perfect. (You could, of course, pack the salad and dressing separately. That works too.) A couple things: 1) If a whole can of tuna is more than you want to eat, then assemble two jars at a time. 2) If you cook enough green beans and make enough dressing for multiple salads, then the assembly of each jar will only takes about 5 minutes in the morning. My daughter Birdy is a vegetarian, but she loves this salad with the egg and without the tuna.

1 (5-ounce) can tuna, drained (I like the oil-packed kind, but use your favorite)

To cook the green beans: Snap off the stem ends, then drop them in a large pot of boiling water (or steam them if you prefer), scoop them out after a few minutes, when they’re tender and bright green, and rinse them well in cold water before wrapping them up in a dishtowel to dry.​