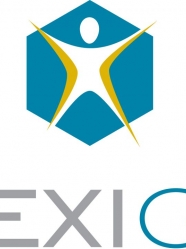 On September 10, the FDA announced the approval of Orexigen’s weight management drug Contrave (naltrexone/bupropion combination). Orexigen had initially submitted Contrave to the FDA in 2011, and the FDA had delayed its approval until further heart safety information was known about the drug. After undertaking an extensive cardiovascular (CV) outcomes trial beginning in June 2012, Contrave was resubmitted in December of 2013. This recent approval makes Contrave the third weight management drug approved in the US after a 13-year period of no FDA approvals for obesity drugs, following Arena/Eisai’s Belviq (launched in the US in June 2013) and Vivus’ Qsymia (launched in September 2013). Orexigen’s partner Takeda expects to launch the drug this fall – we’re excited for this launch, as there hasn’t been a company with extensive marketing experience like Takeda’s that has taken on the responsibility of getting an obesity drug to patients.

Contrave is approved for use in adults with a body mass index (BMI) of 30 or greater or adults with a BMI of 27 or greater who have at least one weight-related condition such as high blood pressure, type 2 diabetes, or high cholesterol. In clinical trials, Contrave averaged about 5% greater weight loss over one year than those using a placebo, and 42% of people on Contrave lost at least 5% of their body weight compared to 17% of those on placebo. That said, some “super-responders” had better results, and it is this “sub-population” that is most interesting to us – who, in other words, are the people that will respond best to the drug . Like other weight loss medications, Contrave’s weight loss effects for people with type 2 diabetes may be less prominent (those with diabetes tend to have a harder time losing weight than those without diabetes) – a year-long trial in type 2 patients found that those on Contrave only lost 2% more weight on average compared to those on placebo. But there is some hope for weight-loss drugs benefitting diabetes for those who don’t fall in the “super-responder” bucket:  another weight loss drug, Vivus’ Qsymia, has been shown to reduce the progression of type 2 diabetes in high-risk individuals, and recent weight-loss medications have also demonstrated some A1c benefits.

From what we have learned from key researchers, Contrave can increase the risk of high blood pressure and heart rate and is thus not recommended for anyone with uncontrollably high blood pressure or a history of cardiovascular complications. The FDA is requiring at least seven additional clinical trials for Contrave, including another CV outcomes trial, pediatric trials, a trial testing Contrave in people with kidney or liver impairment, and a trial examining the interactions between Contrave and other drugs.

We don’t yet know about pricing or reimbursement for Contrave, though Belviq and Qsymia have made some notable strides in easing the reimbursement process for obesity drugs. Still, access is a major issue for many. Yet, as the most recent Center for Disease Control and Prevention data indicates that nearly 35% of Americans are obese (BMI greater than 30), the need for more tools to address this growing and complex epidemic has never been greater. In the future, Orexigen has expressed interest in pursuing a diabetes indication for Contrave, potentially combining the drug with the DPP-4 inhibitor class of diabetes medications (Januvia, Onglyza, Tradjenta, Nesina, Galvus). This work is still in the early discussion phases, but a weight loss drug combined with a diabetes medication would certainly be a huge win for patients. –AJW