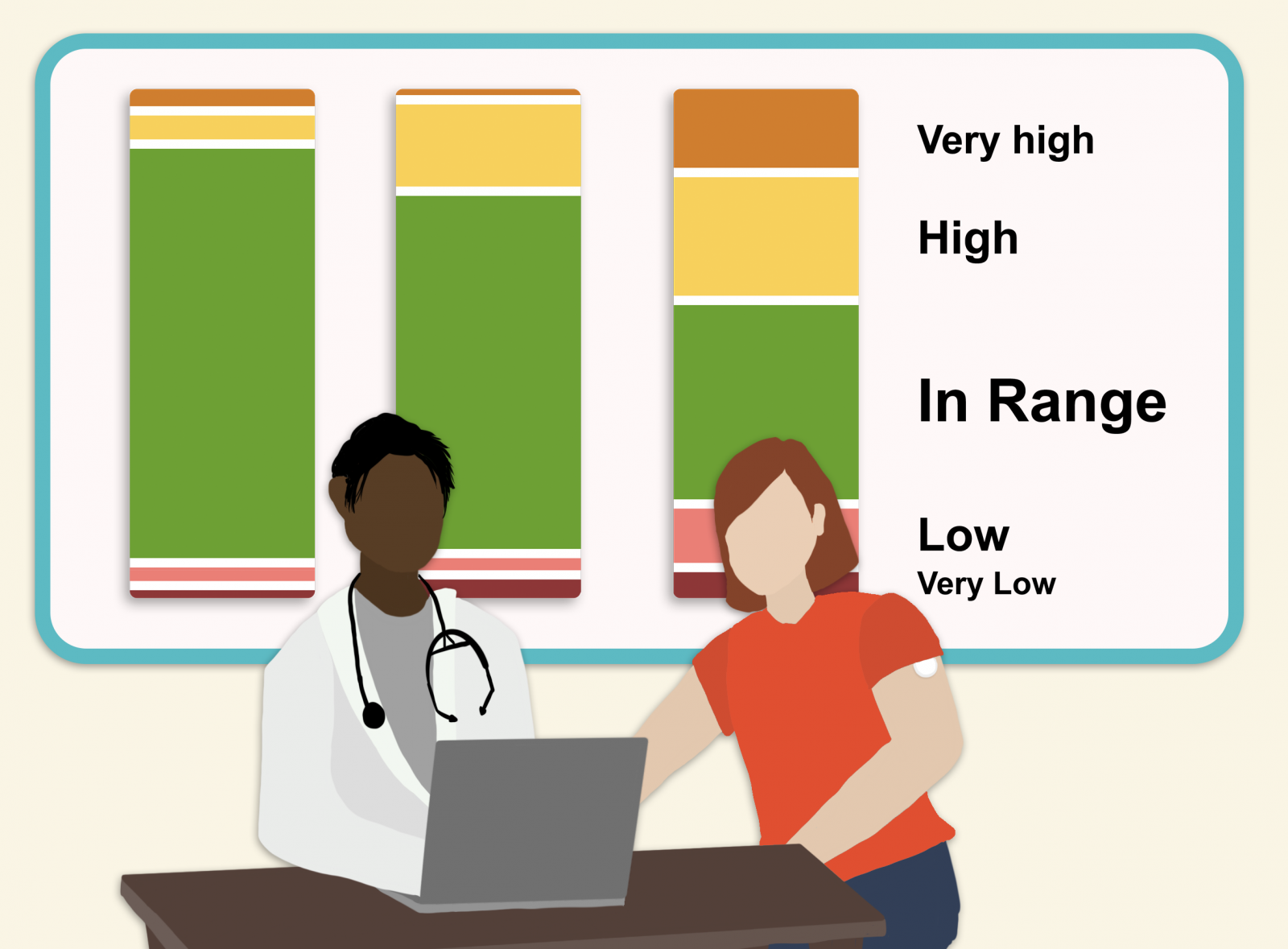 Continuous glucose monitoring systems are becoming increasingly popular, and data shows that they can impact a wide range of diabetes outcomes, including glucose levels, quality of life, and reduced complications. New CGMs on the horizon, like the Dexcom G7, have the potential to improve these outcomes even further.

In 2019, only around 11% of people with type 1 diabetes in England were using a CGM – in this case, the Freestyle Libre. Now, two years later, Dr. Partha Kar from the National Health service in England shared exciting news that this number has crossed the 50% mark.

Such increases in the adoption of CGM can be expected to lead to positive outcomes, including:

Recently published data highlights the impact. Earlier this year, the RELIEF study showed that the use of the Freestyle Libre in more than 74,000 people with type 1 and type 2 diabetes led to fewer hospitalizations for diabetic ketoacidosis, severe hypoglycemia, coma, and severe hyperglycemia. There were 49% fewer hospitalizations for those with type 1 and 39% fewer for those with type 2. This was particularly impressive for people with type 2 diabetes who saw significant reductions in every single category of hospitalization, said Dr. Tadej Battelino from the University of Ljubljana in Slovenia.

While benefits from the current slate of CGM technology are impressive, it is expected that the next generation of CGMs may provide even greater improvements to glucose levels and to improving diabetes management. The Dexcom G7 is one of these next generation CGMs slated for launch in the near future, having already been submitted to Europe for approval, said Jacob Leach, the chief technology officer for Dexcom. The G7 boasts new features designed to improve the overall CGM experience including a 60% smaller, disposable sensor and a 30- minute warm-up time.

With CGMs becoming more widespread, the metric of Time in Range (TIR) has garnered much attention. Regarded as a helpful supplement to A1C, it’s able to illuminate how factors like food, exercise, or sleep affect your glucose levels day-to-day. Dr. Richard Bergenstal from the International Diabetes Center has long advocated for TIR, reiterating his “More Green, Less Red” and “Flat, Narrow, and In Range” mantras at the EASD 2021 conference.

Dr. Bergenstal also urged for a greater emphasis to be placed on diabetes distress and cardiovascular disease and chronic kidney disease risk assessment – potentially even including these metrics into a person’s AGP report. The reason? A study of over 400 young adults with type 1 diabetes showed that diabetes distress was associated with a significant 1 percentage point increase in A1C levels when compared to those who did not exhibit diabetes distress.

He advocated for increasing access to this technology, further noting that the same study above also highlighted that A1C measurements decreased among those using CGM, even in cases where people were dealing with higher levels of diabetes distress. Learn more about CGM and TIR here, and join diaTribe Change in advocating for increased access to CGM for people on Medicaid.