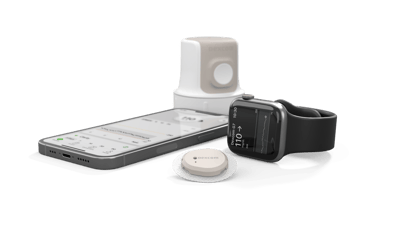 *Editor's Note: This story has been updated to include additional information and comments about the recent FDA clearance of Dexcom G7.

With the FDA clearance of the G7 CGM, Dexcom is preparing to deliver the device to users across the United States early in 2023.

The G7 was first submitted for review in 2021. After the FDA's extensive review, which included a delay announced earlier in the year, the G7 has been cleared in the United States for use by people with diabetes ages 2 and up, and for use during pregnancy.

In developing G7, Dexcom made several significant changes to key features of its CGM. These features include:

G7 also maintains some of the key features from G6, including:

Consistent with the G6, glucose data from the G7 can be used to make treatment decisions and adjust insulin dosing.

Where is G7 available now?

Dexcom G7 is currently available for all people ages 2 and up in the United Kingdom, Ireland, Germany, Austria, and Hong Kong. With FDA clearance, Dexcom can now prepare for the full US launch of G7. The company announced its plans to make G7 available for purchase in the US early in 2023.

The cost of G7 varies for each individual based on insurance coverage. Dexcom continues to work with Medicare, Medicaid, and private insurers, however, the company anticipates that coverage for G7 will be identical to that of G6.

According to Dexcom, approximately one-third of people with private insurance will pay $0 out of pocket for G7, and a majority will pay less than $40 per month. G7 will be reimbursed by over 97% of private insurance and is covered by Medicare, as well as Medicaid in 45 states.

What experts are saying about G7

Dexcom CEO Kevin Sayer spoke with diaTribe in August about the FDA review process and the excitement around the next-generation CGM.

“We changed the algorithm, we changed the insertion techniques, we changed every manufacturing procedure that we have and completely rewrote the entire app and the software experience. That’s a lot for [the FDA] to digest and a lot for us to submit,” Sayer said. “If I look at learnings for us over time, I think we will probably do things a little more incrementally going forward, rather as big as this one was, and we can get things through faster.”

Though the overhaul may have resulted in a longer FDA review process, Sayer said he was thrilled about the new system, highlighting that the leap from G6 to G7 is even greater than from G5 to G6.

Alex Diener, head of Dexcom’s Global Product Design team, said “when we set out to design G7, it was a blank slate. The software and hardware have all been reimagined. Dexcom customers from around the world were part of the design process.”

Jake Leach, chief operating officer at Dexcom, emphasized the potential impact of G7 on CGM use for all people with diabetes.

"Advancements in accuracy, simplicity, comfort and connectivity make Dexcom G7 the most powerful CGM system on the market," Leach said. "In addition, G7 being the first and only iCGM approved by the FDA for use during pregnancy is a clear sign of continued momentum in establishing CGM as the undisputed standard of care in the US for people with all types of diabetes."

G7 will continue to expand its impact on people with diabetes as the device becomes available in more markets. In locations where G7 is available, leading diabetologists echoed excitement about the new features and potential impact of the device.

"The Dexcom G7 has features that will be welcomed by users in Europe, notably the smaller device size and 30 min warm-up time," said Professor Philip Home, emeritus professor of diabetes medicine at Newcastle University in the United Kingdom. "Users tend to be tech-aware, but the simplified transition between sensors should help expand the user base."

On increasing the number of people with diabetes on a CGM, Home added that, "this series of improvements are by themselves incremental, but put together, the advance from G6 is a distinct step change, and should further push the expanded use of real-time glucose measurement to benefit more and more people with type 1 and type 2 diabetes."

Similarly, Dr. Thomas Danne, director of the Department of General Pediatrics Endocrinology/Diabetology & Clinical Research at Children's Hospital Auf der Bult in Hanover, Germany, told diaTribe, "several aspects [of the Dexcom CGM] have been updated that directly translate to more convenience including simplifying the transition between sensors."

"Reducing burden in the daily management of diabetes will always translate into a big impact for people with diabetes," he said.

Danne added that, especially for children with diabetes, the smaller size of G7 is "preferable for children having only limited surface area for placement. I have tried out the G7 myself and I was impressed by the size and the fast warm-up time of 30 minutes – very convenient," he said.

As a next step, Leach (Dexcom COO) said that the company will continue focusing on improving the CGM user experience.

"Looking forward, we want to continue to focus on extending the length of sensor wear for Dexcom CGM and optimize our software experience to best meet the needs of all users – including people with type 1, type 2 and gestational diabetes, as well as healthcare providers and loved ones," he said.

Earlier in 2022, Dexcom conducted limited launches of G7, where the device is made available to select users, in several countries including the UK, Germany, Austria, Ireland, and Hong Kong. The company announced the full G7 launch in these countries on October 4.

Similarly, the G7 rollout in the United States will initially be limited, with a full launch targeted for early 2023.

In terms of transitioning from the G6, Leach said, "We’re intending for an early 2023 full commercial launch in the US and have plans in place to help minimize any initial gaps in insurance coverage and ensure the most seamless transition as possible for users from G6 and G7."

This is a developing story that we will continue to update as more information becomes available. To follow this news and updates about availability in the United States, subscribe to diatribe.org today!

For more information about the new features of G7 and earlier 2022 launches, visit: