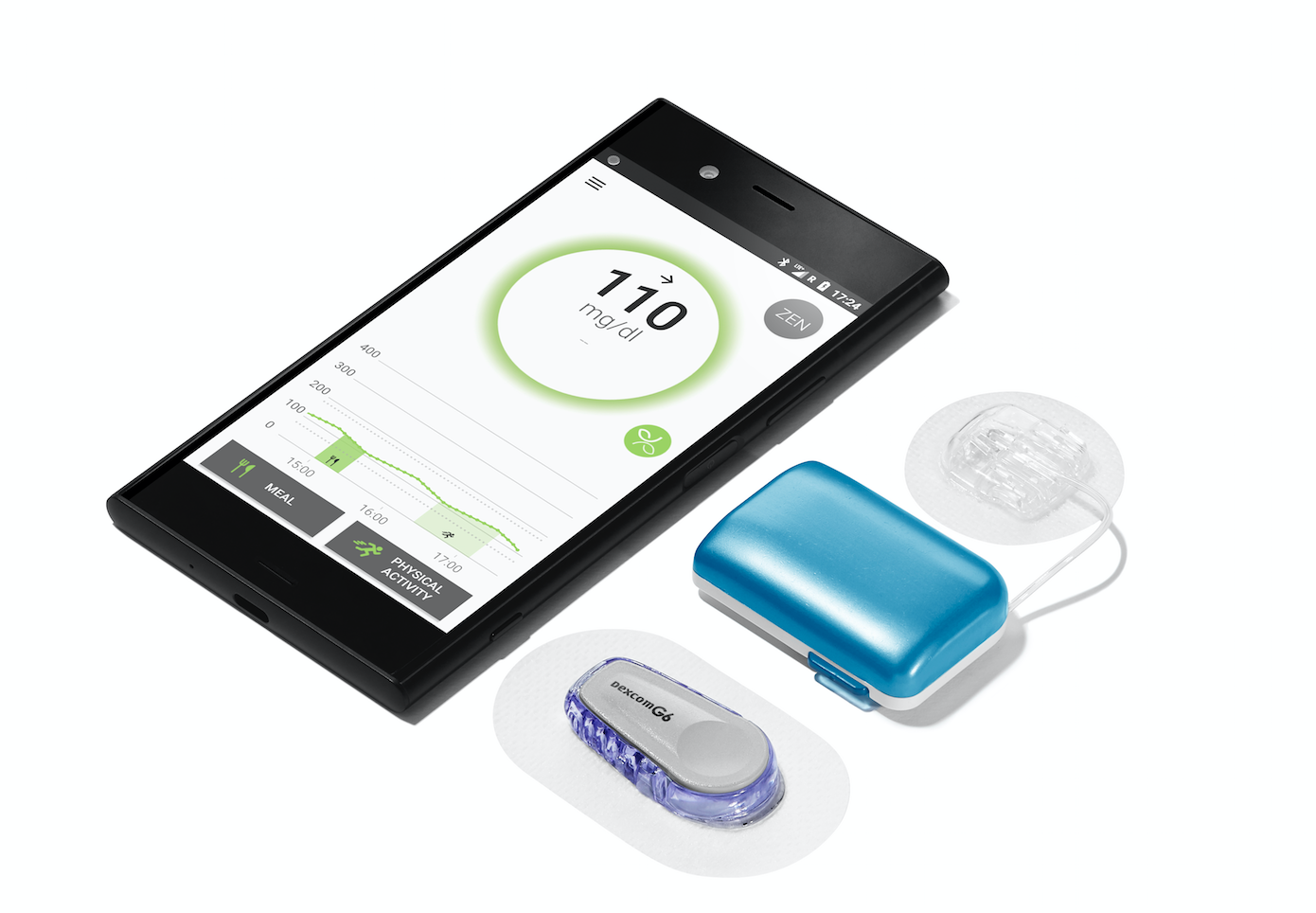 Diabeloop’s automated insulin delivery system includes the Kaleido insulin pump, an Android controller, and the Dexcom G6 CGM; it is the second hybrid closed loop approved in Europe for adults with type 1 diabetes

Diabeloop’s hybrid closed loop system, called ‘DBLG1,’ has received a CE mark – this means that the company can now launch the automated insulin delivery (AID) system in Europe. DBLG1 will first launch in France in early 2019, followed by other European countries. For adults with type 1 diabetes, this is the second AID system to be approved in Europe, in addition to the Medtronic MiniMed 670G. Getting on a hybrid closed loop system – which automates basal insulin delivery based on CGM readings – translates to more time-in-range (70-180 mg/dl), a lower average blood sugar, less ups and downs, and better sleep. For background on AID systems, click here. 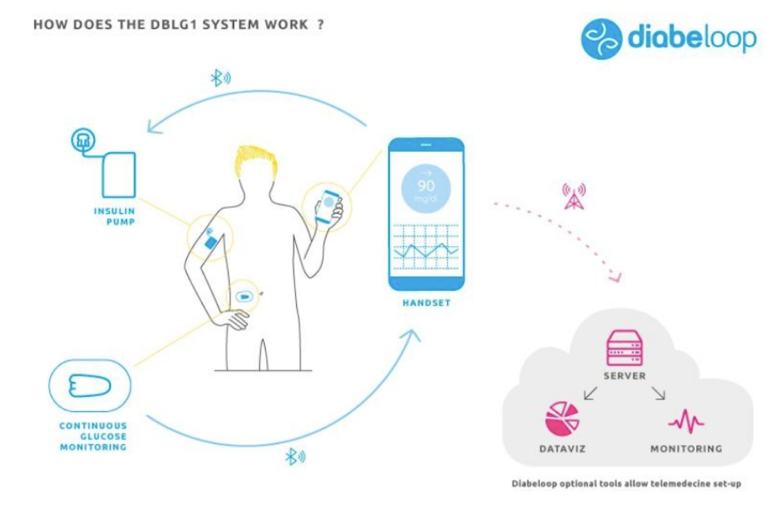 At launch, the DBLG1 system will include a Kaleido insulin pump worn on the body, the Dexcom G6 CGM, and Diabeloop’s own locked-down touchscreen controller (no cellular or app capabilities). The controller will receive Dexcom CGM readings and trends, run them through an algorithm, and then tell the pump to adjust basal insulin accordingly. Since the Diabeloop algorithm is contained in the controller, the handheld must be in range to remain in closed loop; if it’s out of range for more than 25 minutes, the pump reverts back to a reference basal rate. Additional notable features include:

A 12-week study presented at ADA showed that compared to regular pump therapy with a CGM, Diabeloop’s system users saw a: 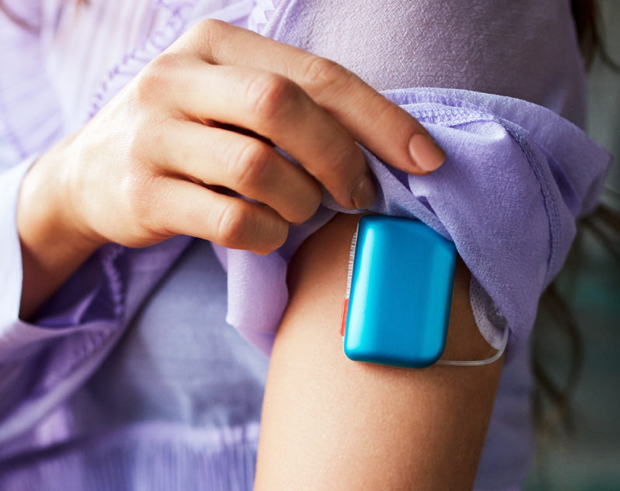 Pricing information has not yet been shared.

The system is currently compatible with the Kaleido pump, and the company is also working to integrate Cellnovo’s pump. Both pumps are worn directly on the body like a patch, but include a short infusion set (see picture). Currently, the Kaleido pump is only available in the Netherlands and has just launched. We do like the slim on-body design and friendly color!