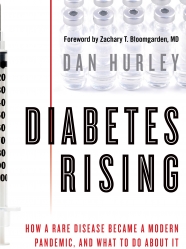 by jessica swienckowski and kelly close

Although the author himself has had type 1 diabetes for over thirty years, Dan Hurley has written more than just another memoir in Diabetes Rising. Hurley examines the unrelenting rise of diabetes, the possible reasons for this increase, and potential treatments. While the depth of research to write this book would set it apart from others of its kind, it is Hurley's seamless integration of reporting, scientific discussion, and heartfelt anecdotes that make it a must-read. We believe Diabetes Rising would be equally rewarding for a newly diagnosed patient, eager to learn more about the history and current research in the field, as it would be for a longtime patient - we at diaTribe appreciated the detailed review of the most current theories and hypotheses.

In his opening section, Hurley examines the history and evolution of type 1 and type 2 diabetes by focusing on their treatments. He guides us through the starvation diet adopted at the Joslin Diabetes Center, to the development and later reinvention of insulin, and to the first oral anti-diabetic drug and blood glucose meters. In doing so, Hurley conveys both how much - as well as how little - diabetes has changed in the past century. There is no question that our tools for treatment are vast improvements over what was available 80 years ago; however, we still struggle with diet and exercise in a treatment regimen, we still have not arrived at a truly physiologic insulin, we still work hard to find effective and safe oral medications (the history of Orinase, the first sulfonylurea, is strikingly similar to that of Avandia, the controversial TZD), and we still seek more accurate monitoring techniques.

In the second section of the book, Hurley discusses the five major hypotheses regarding the causes of diabetes, presenting both positive and negative arguments for each. He does not pass his own judgments or try to sway readers to one camp or another; he stays true to his journalistic roots by highlighting key research and expert opinion, ultimately offering the reader an important reminder that for now, all of these theories are speculative. We found this discussion of particular interest as we've all heard tidbits in the press about these hypotheses but have never seen them presented together in such a robust and balanced light. The detailed, scientifically-based coverage of the accelerator hypothesis, cow's milk hypothesis, environmental toxin hypothesis, Vitamin D hypothesis, and viral hypothesis will allow readers to assess the media's treatment of these topics with a more critical eye. 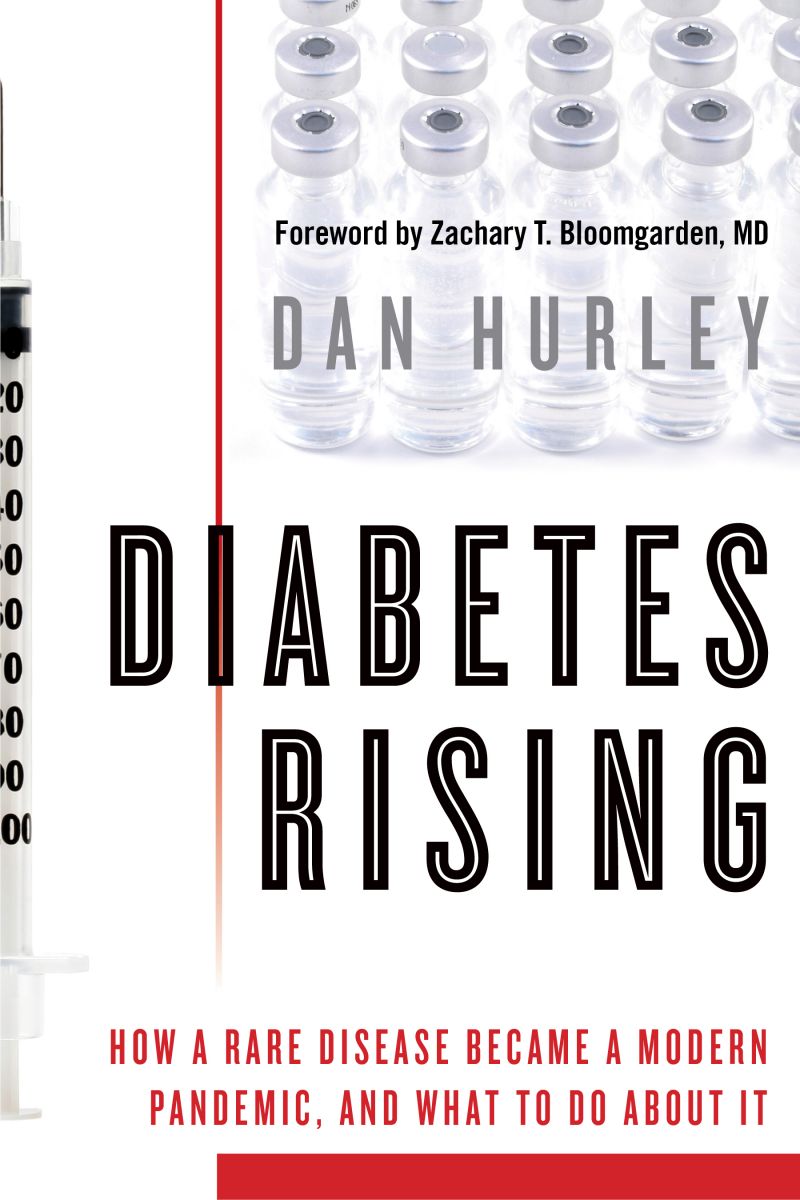 In the final section of the book, four major potential “remedies” are discussed: the artificial pancreas, bariatric surgery, a cure-all biological agent, and public health efforts. Hurley nicely frames the current obstacles faced by academics, clinicians, and policy-makers and, in a rare moment speaking as a patient, he calls for greater cooperation among industry, the academy, and regulators. He demands the FDA to step up to the plate and better support people with diabetes, especially for devices such as the sensor-integrated pumps with low-glucose suspend features.

Though Hurley delivers a thorough and detailed account of current research, theories, and progress in the field, his real aim is never far from hand - he seeks to educate his audience about the truly epidemic nature of both type 1 and type 2 diabetes and to demand that we pay attention to this critical question of why and how can we stop it.