Dr. Vivek Murthy Confirmed as US Surgeon General: Why He Could Have a Huge Impact on Obesity in the US 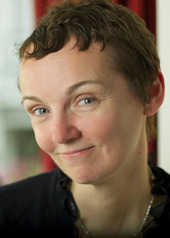 Twitter Summary: Three things to know about the new US Surgeon General @vivek_murthy, who has his sights set on tackling #obesity

On Monday, the US Senate voted 51-to-43 to confirm Dr. Vivek Murthy of the very prestigious Brigham and Women’s Hospital in Boston as the country’s next Surgeon General. The US Surgeon General is a spokesperson to the American public on healthcare issues, and excitingly, Dr. Murthy has stated that combating the obesity epidemic will be one of his very top priorities. Personally, I am elated to have a leader like Dr. Murthy making obesity his top priority. For sure, he is not the first Surgeon General to tackle the issue – we of course salute others like Dr. Regina Benjamin, who played a big supporting role in Michelle Obama’s Let’s Move campaign and wrote the excellent paper on what it means to live healthily called “The Surgeon General’s Vision for a Healthy and Fit Nation”.

However, it has been a long road to get to this point. President Barack Obama nominated Dr. Murthy for Surgeon General back in November 2013, and he drew endorsements from many prominent medical professional organizations, including the American Diabetes Association, American College of Physicians, and American Heart Association. However, Dr. Murthy’s progress was stalled in the Senate due to fierce lobbying by the National Rifle Association (NRA), as he had previously made comments characterizing gun control as a health issue. In response to the controversy, Dr. Murthy emphasized that he would target obesity, not guns, as Surgeon General. After all this, I hope for great things from Dr. Murthy, and here at diaTribe, we’ve listed our top three things you should know about our new Surgeon General. 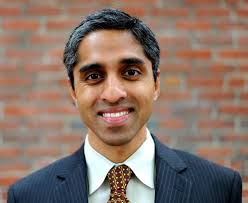 1. Dr. Murthy has clearly stated that he is out to tackle the country’s obesity epidemic as Surgeon General. In particular, he has singled out childhood obesity as one of his primary targets, and the trajectory of the obesity and diabetes epidemics suggests a critical need to move prevention even further into the limelight. For an example of how serious the obesity epidemic is today, look no further than the Center for Disease Control’s Obesity Prevalence Map from last year – not a pretty picture. We hope Dr. Murthy can add to the positive momentum built by groups such as the Partnership for a Healthier America.

2. Not only can he talk the talk, but Dr. Murthy can also walk the walk. He already has experience in shaping US healthcare policy with a focus on prevention. He was part of the 17-person Presidentially-appointed Advisory Group which helped put together the government’s landmark National Prevention Strategy in 2010-2011. The document focuses on a wide range of preventable chronic conditions, including obesity and diabetes, and how to develop public, private, and nonprofit partnerships to address public health. We imagine that this role primes Dr. Murthy to aggressively build the important partnerships that will be needed to tackle obesity on a broad scale.

3. From what we’ve seen, Dr. Murthy understands the factors that matter to patients and impact their ability to live healthy lives. He gave a presentation at the American Diabetes Association’s conference in 2012 on preventing diabetes. The talk is a bit dense because he was speaking to a room of doctors and researchers, but he pointed out that most things that impact health are found outside the doctor’s office, like the built environment (sidewalks and green spaces) and socioeconomic disparities. He was also excited about the possibility of doctors using social media to help patients better understand diabetes and other chronic health issues – we hope we see some more engagement from him through social media, and those who are curious can follow him at @vivek_murthy.

What do you think about Dr. Murthy? Are you excited? Concerned? Do you have unanswered questions? Contact us to let us know!