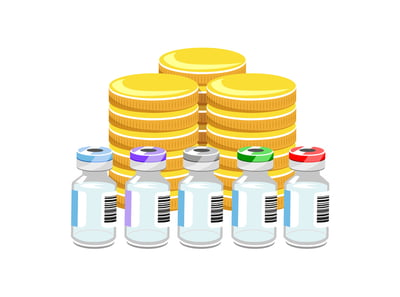 While the coronavirus epidemic has brought federal drug pricing reform to a halt, individual states have been busy enacting their own drug pricing legislation.

In just the past six weeks, six states have passed laws that cap insulin copayments at or under $100 per month: Maine, New Mexico, New York, Utah, Washington, and West Virginia. These states now join two others, Colorado and Illinois, in becoming the first states to legislate on insulin affordability.

States That Have Passed an Insulin Price Cap

Colorado’s law has also revealed a few loopholes. Some health plans fell into an exemption in the legislation, leaving the people on those health plans ineligible for the insulin price cap when purchasing their monthly insulin. Additionally, instead of offering a flat $100 maximum on monthly insulin prescriptions, the current legislation allows insurers to charge $100 per prescription per month, which translates to $200 for those who take both basal and mealtime insulin or two other insulins, such as short-acting and long-acting. In the US, Colorado was the first state to pass its insulin price cap in 2019, and it is the only state in which the law has gone into effect. Due to regulations around health plan renewals, the other seven states must wait until 2021 for these laws to take effect.

While we must wait to see how the other insulin price caps will play out in 2021, there are some positive developments. For example, in addition to its $30 copay cap, Utah’s legislature approved allowing pharmacists to refill expired prescriptions on an emergency basis, thus removing a barrier for those in dire situations. Additionally, in some states, including Colorado, Illinois, and New Mexico, the legislation requires the states to produce a report on insulin pricing practices and provides public policy recommendations to increase affordability.

Five other states – Connecticut, Florida, Kentucky, Tennessee, and Virginia – have advanced legislation regarding insulin copay caps and are awaiting a final verdict. Each of these states’ proposed bills cap insulin copays at $100 per month, with the exception of Connecticut, which limits out-of-pocket insulin expenses to $50 per month.

While these insulin price caps are much needed, they generally only apply to people with private/commercial insurance. Those who are uninsured should work to use patient access programs, most of which now give insulin at the same price as state levels or lower, assuming they are approved for the patient. We hope government programs change and become open to those on Medicare since those on Medicare have fewer programs available for them, per government regulations.

As unemployment has soared during the COVID-19 epidemic and people lose insurance through their employers, it is critical for lawmakers to further this work on ensuring that insulin is affordable for all who need it. Until then, some people may be able to find savings through patient assistance programs and copay savings cards. To learn more, see our Get Insulin resource page.