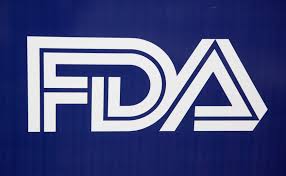 A key step for obtaining Medicare coverage (hopefully expected in 2018), for increasing safety, and for encouraging CGM use

On December 20, the US Food & Drug Administration (FDA) finally approved Dexcom’s G5 continuous glucose monitor (CGM) for making diabetes treatment decisions – for example, dosing insulin – without the need for a confirmatory fingerstick. The expanded indication, approved for people with diabetes ages two and older, is the first of its kind for a CGM in the US.

This approval means those using the Dexcom G5 are only required to take two fingersticks per day for calibrating the sensor; otherwise, the G5’s glucose readings, taken at five minute intervals, and trend arrows can be used as the basis to take additional insulin, to eat carbohydrates, etc. While many people with diabetes use the G5 for making treatment decisions already, this “official” approval is key for obtaining Medicare coverage (hopefully expected in 2018), for bringing greater safety to current CGM users (in the form of proper education), and for potentially encouraging more people with diabetes to try CGM and more healthcare providers to prescribe it. Previously, Dexcom G5 users were expected to take a fingerstick to “confirm” each CGM reading before making any treatment decisions – a hassle.

It is not yet clear what additional training Dexcom will need to provide for people with diabetes and their healthcare providers, but more news on this front is expected in a couple weeks. See the full FDA press release here and Dexcom’s announcement here.

The landmark approval follows a July 21 FDA Advisory Committee hearing on the matter, during which the 10-member panel voted that yes, the label update is safe (8-2 in favor), yes, it is effective (9-1 in favor), and yes, the benefits outweigh the risks (8-2 in favor).

See the original diaTribe article – FDA Panel Votes YES to Using Dexcom’s G5 CGM for Insulin Dosing – for more on what this approval could mean for people with diabetes, on questions diaTribe is excited to have answered, and for more details from the hearing itself!

News of the approval is yet another welcome indication that the FDA is doing its best to listen to – and to incorporate – the feedback of people with diabetes into its decisions and to streamline the regulatory review process as much as possible. More than 35 compelling patient advocates voiced support for the new labeling in July, and The diaTribe Foundation wrote and sent a letter to the FDA that received nearly 10,000 signatures and over 1,000 comments from patients, family members, advocates, healthcare providers, and researchers. It is great to see the FDA followed the panel’s recommendation!

This approval comes on the heels of other recent news about strong early accuracy study results for Dexcom’s upcoming G6 sensor – promising progress for people with diabetes and a strong way for Dexcom to close out 2016.