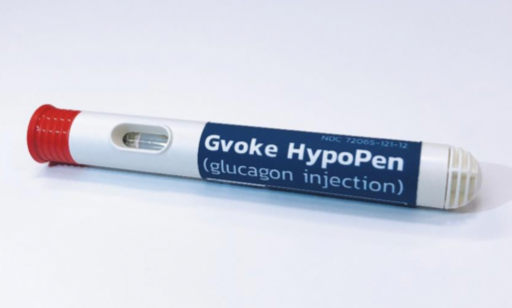 A new premixed, liquid glucagon coming in October in a prefilled syringe and in 2020 as an auto-injector. The second stable glucagon approved this year

The FDA has approved GVOKE, a glucagon injection for the treatment of dangerously low blood sugar (severe hypoglycemia) in people with diabetes who are at least two years of age. Xeris Pharmaceutical’s GVOKE is room-temperature, liquid, stable glucagon that is ready-to-use in an emergency. It will first be launched in the US in a prefilled syringe, coming to pharmacies in October 2019. An EpiPen-like auto-injector, GVOKE HypoPen, will be launched at some point in 2020. 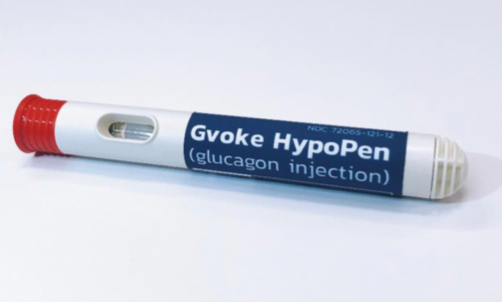 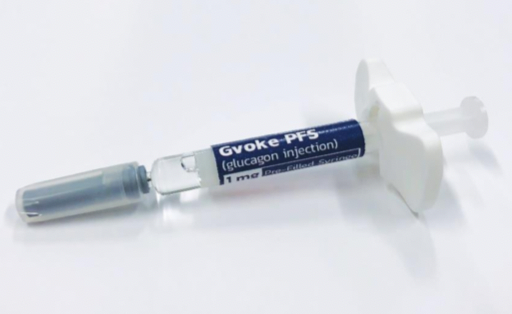 GVOKE is a major improvement over current glucagon kits, which are difficult and intimidating to use in an emergency and often require training – a caregiver must successfully mix a powder and liquid and inject the person experiencing severe hypoglycemia. GVOKE reduces the steps to administer glucagon in these stressful situations.

This is the second FDA approval for a next-gen improved glucagon, following the recent FDA Approval of Lilly’s nasal glucagon, Baqsimi.

Because GVOKE does not require mixing prior to use, it will be “ready-to-inject” (like an EpiPen for allergies). The upcoming HypoPen requires two simple steps: (1) remove the cap; and (2) press the pen against the skin (presumably arm or leg or wherever is available). Upon contact with the skin, the automatic injector will deliver a rescue dose of glucagon and retract the needle.

GVOKE will be priced similar to current glucagon kits and to Lilly’s Baqsimi at retail price of $280.80 per dose (before insurance). Insurance coverage has not yet been announced, though glucagon tends to have established coverage for insulin users. Xeris plans to launch a co-pay assistance program to enable out-of-pocket costs ranging from roughly $0-$40 for a pack of two.

Xeris has also partnered with Amazon’s PillPack to enable home delivery of the glucagon, without having to visit a pharmacy in person. We’re not sure if this will launch immediately or take some time.

The FDA’s approval was based on results of three studies that demonstrated that GVOKE is effective and safe in adults and children:

GVOKE will be available in two doses: a 0.5 mg/0.1 mL dose for children and a 1 mg/0.2 mL dose for adolescents and adults. GVOKE has a shelf life of two years, kept at room temperature.

Glucagon, made in the pancreas, is responsible for increasing blood sugar levels by signaling the body to release sugar stored in the liver into the bloodstream. In type 1 diabetes, glucagon is impaired, meaning it may not raise blood sugar correctly – especially in situations of accidental insulin overdose. When someone with diabetes becomes unresponsive due to low blood sugar – e.g., seizure or unconscious – administering glucagon will quickly raise blood sugar levels. People with diabetes who are on insulin or glucose-lowering medications like sulfonylureas are at the greatest risk of severe hypoglycemia.