While there are still many battles to be won, the past few years of diabetes research have produced thrilling advancements and new potential solutions for people living with both Type 1 and Type 2 diabetes. Join us on the first evening of EASD 2022 for a discussion with four leading researchers who will provide their insights into the latest advances and ongoing challenges in four areas: diabetes devices and technology, pharmacotherapy for T2D and obesity, T1D delay and prevention through immunomodulation, and the latest progress toward curing T1D through cell replacement.

See below for details on the outstanding group of experts assembled for this discussion, which will be co-moderated by Dr. Alan Moses, former chief medical officer of Novo Nordisk and the Joslin Diabetes Center, and Kelly Close, founder and president of Close Concerns and co-founder of The diaTribe Foundation and dQ&A,  The panel discussion will be preceded by a cocktail reception where you’ll have the opportunity to reconnect with colleagues in person following two years of virtual meetings. 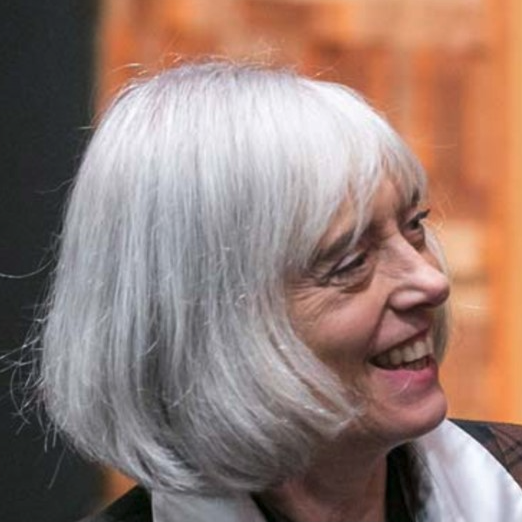 Stephanie Amiel, BSc, MBBS, MD, FRCP
Professor Emeritus of Diabetes Research, King's College London, United Kingdom
Stephanie Amiel is Emeritus Professor of Diabetes Research at King’s College London and consultant physician at King’s College Hospital. She trained at Guy’s Hospital, London and Yale University, Connecticut, USA, with the inventors of insulin pump therapy on both sides of the Atlantic. She has studied human metabolism and regional brain activation in diabetes, particularly around responses to hypoglycemia; insulin resistance and appetite control and the impact of ethnicity on insulin action. Her research in preventing problematic hypoglycemia ranges from physiological studies, through the development of the structured education for insulin dose adjustment and deployment of new technologies to islet transplantation and cognitive barriers to hypoglycaemia avoidance. She led the development of the King’s intensified insulin therapy service, and worked with obstetric colleagues to improve outcomes of pregnancy. She is author of over 200 publications. She edited Diabetes Voice for the International Diabetes Federation and Diabetic Medicine for Diabetes UK. She has been a panel member for grant-giving bodies such as JDRF, Diabetes UK, the EASD, and MRC. She also worked on national and international consensus documents and guidelines including chairing the UK’s  NICE guideline development committee for the diagnosis and treatment of type 1 diabetes in adults in 2015. 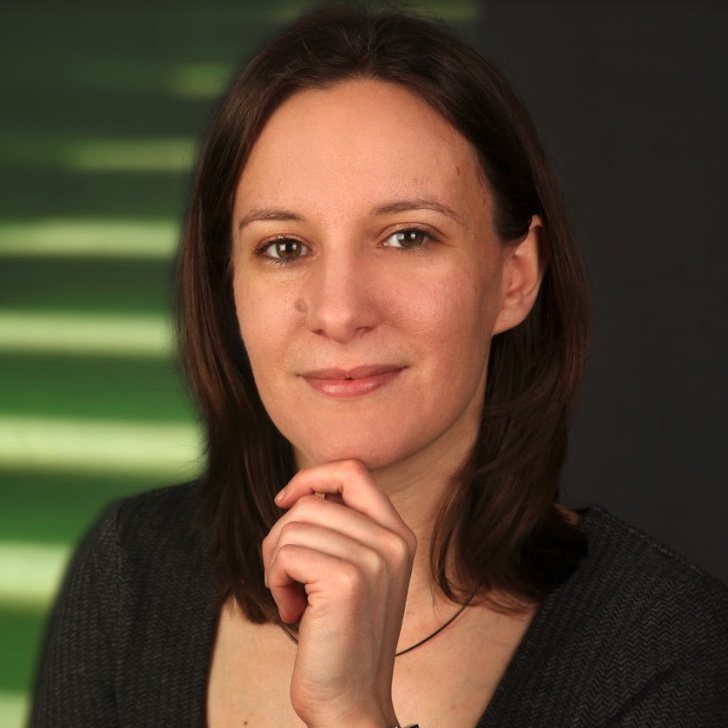 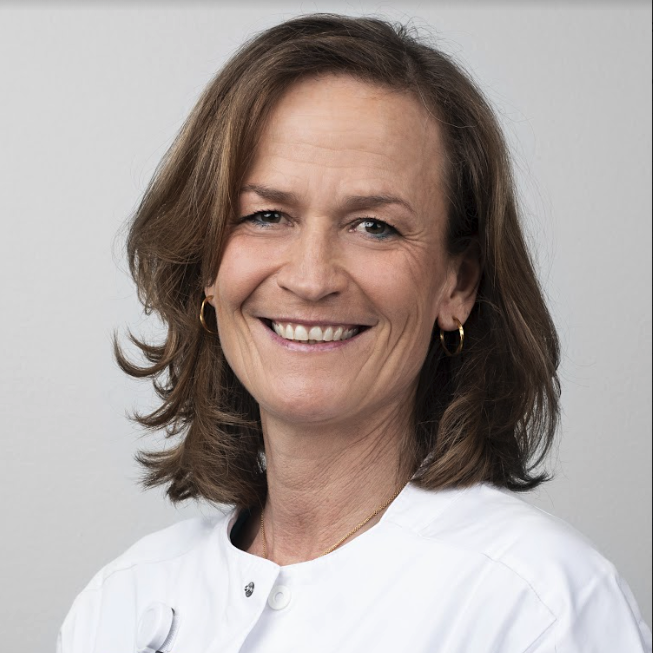 Tina Vilsbøll, MD, DMSc
Clinical Professor and Head of Clinic at Steno Diabetes Center, Copenhagen, Denmark
Professor Vilsbøll has been involved in diabetes research since 1997, and in 2004 she established the Center for Diabetes Research at Gentofte Hospital, University of Copenhagen, Denmark now part of Steno Diabetes Center Copenhagen. Her research is focused on the pathophysiology of obesity, prediabetes, type 2 diabetes, regulation of appetite and food intake, and the utilisation of incretins as therapeutics. Integration of the gut in the understanding of human glucose metabolism has become a major focus in her lab over recent years. Professor Vilsbøll is an experienced teacher and supervises several PhD and medical students conducting diabetes research. She has more than 370 scientific publications (H-index 74), several published books and book chapters. She is a frequently invited speaker at international meetings. In addition to her teaching and research posts, Professor Vilsbøll is a member of numerous professional societies and committees, and referees for several international journals. 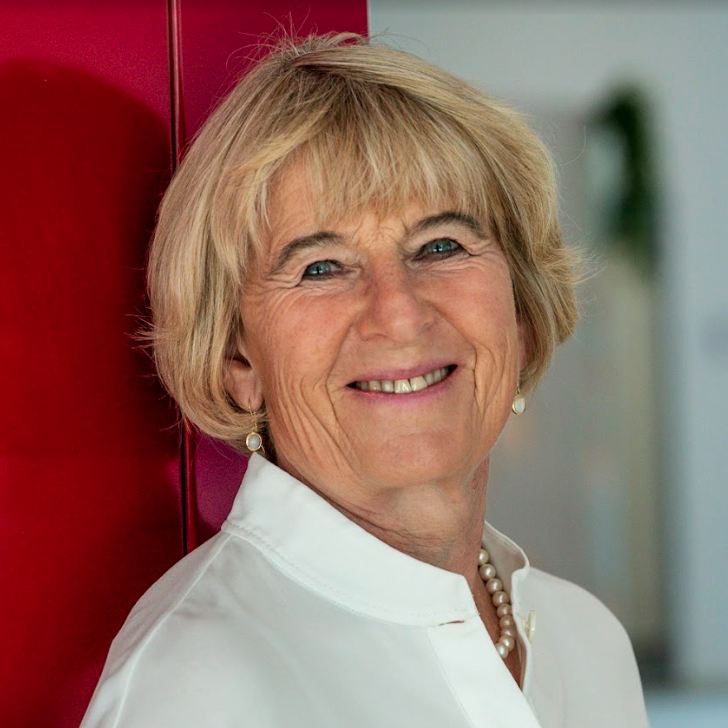 Anette-Gabriele Ziegler, MD, PhD
Director, Institute of Diabetes Research, Helmholtz Center, Munich, Germany
Professor and Chair of Diabetes, Faculty of Medicine, Technical University Munich
A specialist in internal medicine, endocrinology, and diabetes, Professor Anette-Gabriele Ziegler leads the Institute of Diabetes Research at the Helmholtz Center in Munich, Germany and is Chair of Diabetes, Faculty of Medicine, Technical University Munich. She is also one of the type one diabetes academy heads of the German Center for Diabetes Research DZD e.V. and past president of the Immunology of Diabetes Society. Dr. Ziegler's primary research goal is understanding the pathogenesis of type 1 diabetes and finding a preventive treatment for a world without type 1 diabetes. Her main research focuses on identification of genetic factors, genetic risk scores, and environmental determinants of the disease. Following a fellowship at the Joslin Diabetes Center early in her training, she started the first prospective study from birth in genetically susceptible children (BABYDIAB), which led to the multinational birth cohort initiative TEDDY (The Environmental Determinant of Diabetes in the Young), of which she is Principal Investigator for the German Clinical Center. She also led ‘Fr1da’, the first population-based public health islet autoantibody screening study, and helped found the Global Platform for the Prevention of Autoimmune Diabetes (GPPAD). She is a member of the TEDDY, TRIALNET, and GPPAD Steering Committees.
CO-MODERATORS 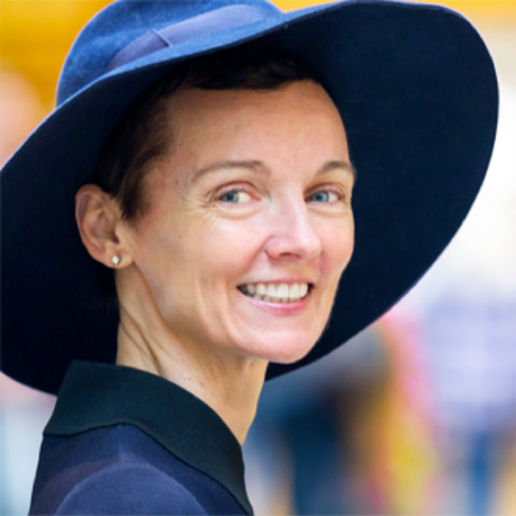 Kelly Close, MBA
Founder & President, Close Concerns
Co-Founder, diaTribe and dQ&A
Kelly is the co-founder and member of the board of directors of The diaTribe Foundation, a nonprofit dedicated to improving the lives of people living with diabetes and prediabetes, and advocating for action. From 2006 to 2021, she served as editor-in-chief at diaTribe.org, our free website focused on making people with diabetes healthier, happier, and more hopeful. We send diaTribe mailers weekly to over 350,000 people with diabetes and their families. Since 2002, Kelly has been leading Close Concerns, which she also founded, a healthcare information firm focused on diabetes, obesity, digital health, and connected care. Each year Kelly and her colleagues attend over 40 scientific and regulatory gatherings in the US and around the world, focused in these areas; they read the key medical literature in the field and write regularly about dozens of private and public companies and nonprofit organizations in the field. Kelly graduated from Amherst College and Harvard Business School and lives in San Francisco with her husband and three children. Kelly's passion for diabetes comes from her extensive professional work as well as her personal experience living with diabetes for over 35 years. 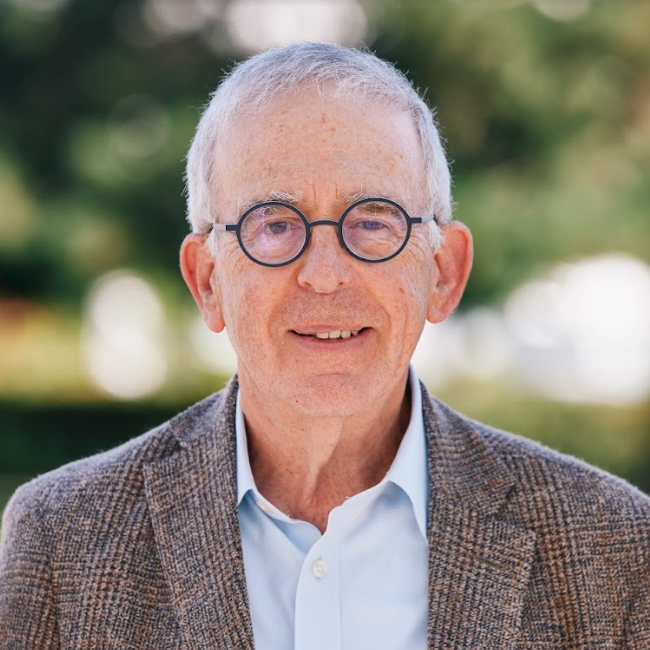 Alan Moses, MD, FACP
Independent Consultant and Board Chair at The diaTribe Foundation
Past Chief Medical Officer, Joslin Diabetes Center and Novo Nordisk
Dr. Alan Moses is an independent consultant for the pharmaceutical and biotechnology sector. Trained in internal medicine and endocrinology, he spent the major part of his academic career at Harvard doing bench and clinical research and clinical care and rising to a position of Professor of Medicine. Dr. Moses co-founded and directed the Clinical Investigator Training Program at Beth Israel Deaconess-Harvard Medical School-MIT. From 1998 to 2004, Dr. Moses served as Senior Vice President and Chief Medical Officer of the Joslin Diabetes Center with specific responsibility for the Joslin Clinic. He joined Novo Nordisk in 2004. During his 14 years at Novo Nordisk, Dr. Moses served in multiple roles beginning as Associate Vice President of Medical Affairs in the US and rising to the position of Senior Vice President and Global Chief Medical Officer working in Copenhagen. Dr. Moses earned his MD from the Washington University School of Medicine in St. Louis, worked for three years at the National Institutes of Health, completed his clinical endocrine/diabetes training at Tufts New England Medical Center, and studied Health Care Strategy at Harvard Business School. He retired from Novo Nordisk in June 2018. He has been a member of the Board of Directors of The diatribe Foundation since September 2018.
See Information on Past Events
Solvable Problems at EASD 2021 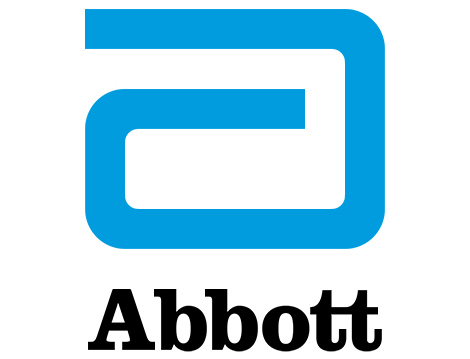 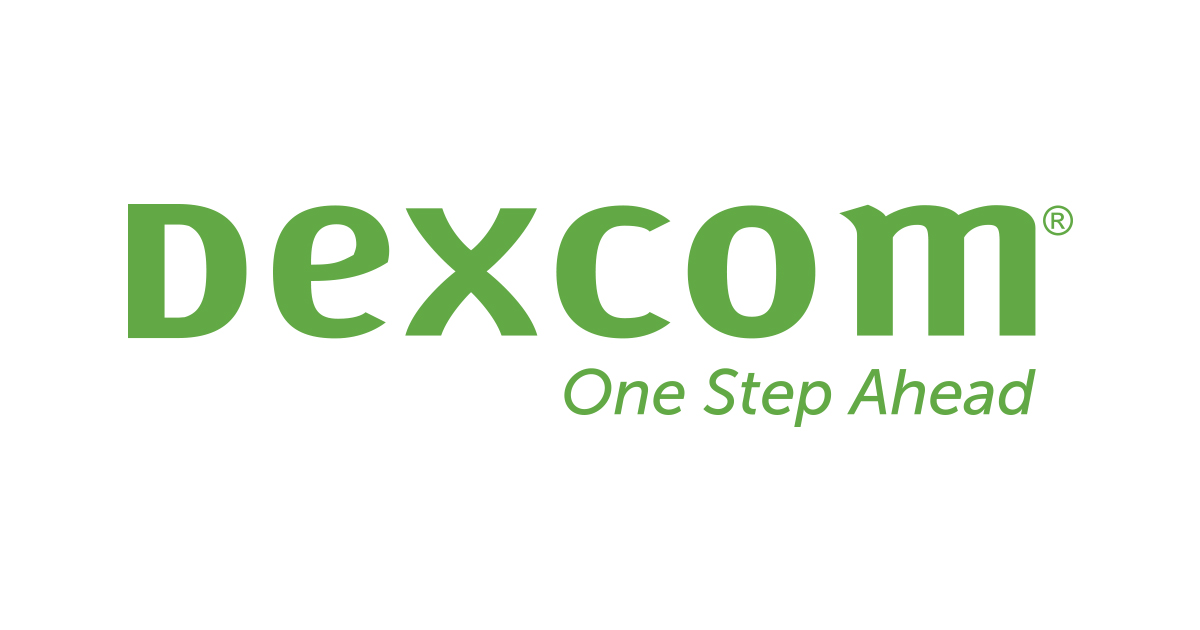 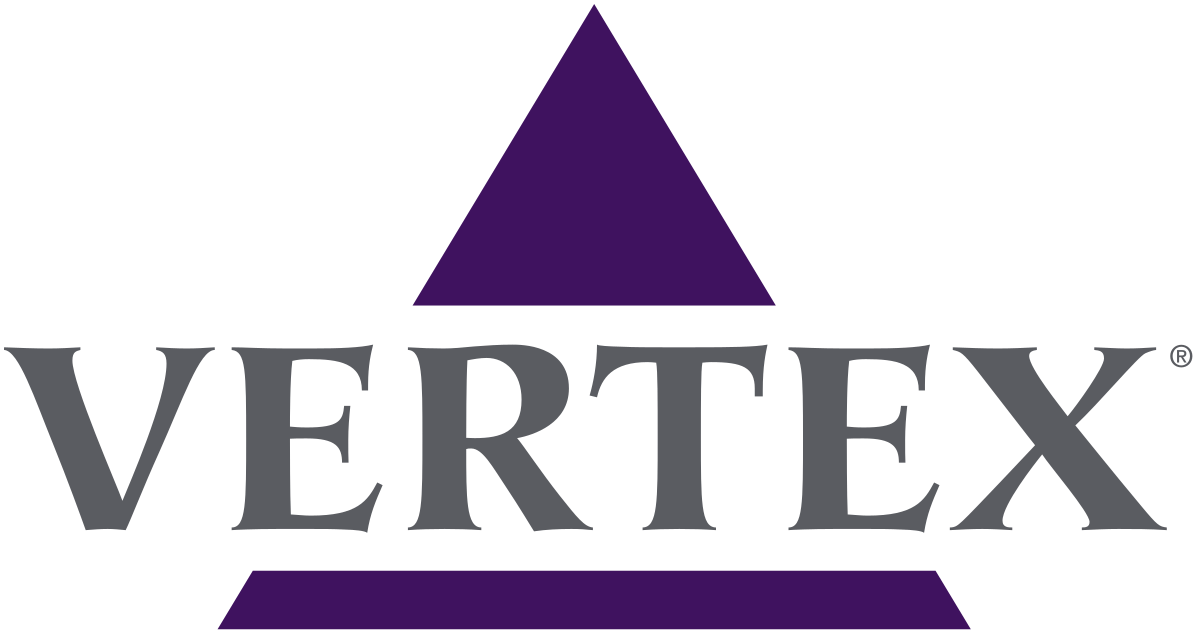