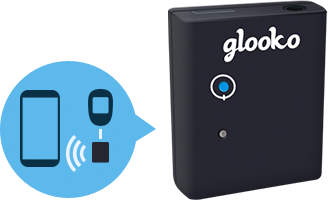 Update (8/5/15): Glooko recently launched its integration with Insulet’s OmniPod insulin pump and Dexcom’s G4 Platinum CGM (more information below). There will be a free online webinar on August 12 at 11:00 am PT to learn more about how to use Glooko to view and interpret this pump and CGM data – register here!

Update (6/6/15): Medtronic also announced a data partnership with Glooko at ADA. The move is a notable one, as Medtronic data has historically sat in its proprietary CareLink system. There is no timing on when Medtronic data will be able to download to Glooko; Glooko announced earlier this week (see below) that Dexcom and Insulet downloads were expected by this summer. It’s encouraging to see Medtronic opening up to sharing its data. It’s also a major victory for Glooko, who now has an impressive compatibility with 30+ compatible BGMs, both Medtronic and Dexcom CGMs, and Insulet/Medtronic pumps. For Medtronic, this news continues a set of new exciting partnerships, including the acquisition of Diabeter and a partnership with IBM’s Watson Health.

Earlier this week, Glooko announced integration partnerships with Insulet’s OmniPod pump and Dexcom’s G4 Platinum CGM, expanding its current diabetes device download compatibility beyond solely blood glucose meters. This next generation Glooko platform, which includes iPhone/Android apps as well as a web-based dashboard (photos below!), is set to roll out this summer and will include the ability to download data from both devices.

How will it work? Patients with Android phones will be able to directly download OmniPod and Dexcom data to the Glooko app via a micro USB cable. While a direct iPhone download is still in development, Dexcom Share receiver users with iPhones will be able to send their data straight to Glooko’s platform via Apple’s HealthKit – we’ve tried this for other apps like mySugr and found the Dexcom import to be low hassle (it just requires authorizing Dexcom Share to “write” glucose data to the Health app, and authorizing another app to “read” that data). Healthcare providers on the Glooko platform will also be able to download the devices in the clinic.

The consumer version of Glooko’s platform is currently available for $59/year, though many patients can get it for free if their clinic/health system buys the clinician version.

In addition to Glooko, Diasend and Tidepool are also striving to make diabetes device data downloading much easier. Diasend is currently available for patients free of charge, and includes integration with Tandem, Dexcom, Insulet, Roche, and Animas, as well as fitness trackers like Fitbit and Jawbone. Tidepool’s blip platform is set for public release this summer.

Data downloading has consistently been a huge hassle for patients, and these updates will hopefully make it much easier. The next step will be developing software that can automatically generate actionable recommendations from this data (e.g., “You are usually hypoglycemic immediately following exercise. Try reducing your basal rate by 50% during exercise or eating 15 g more carbs before exercise.”), which is the focus of the Helmsley Charitable Trust’s recent $5 million Diabetes Data Innovation Initiative. – AB/AJW