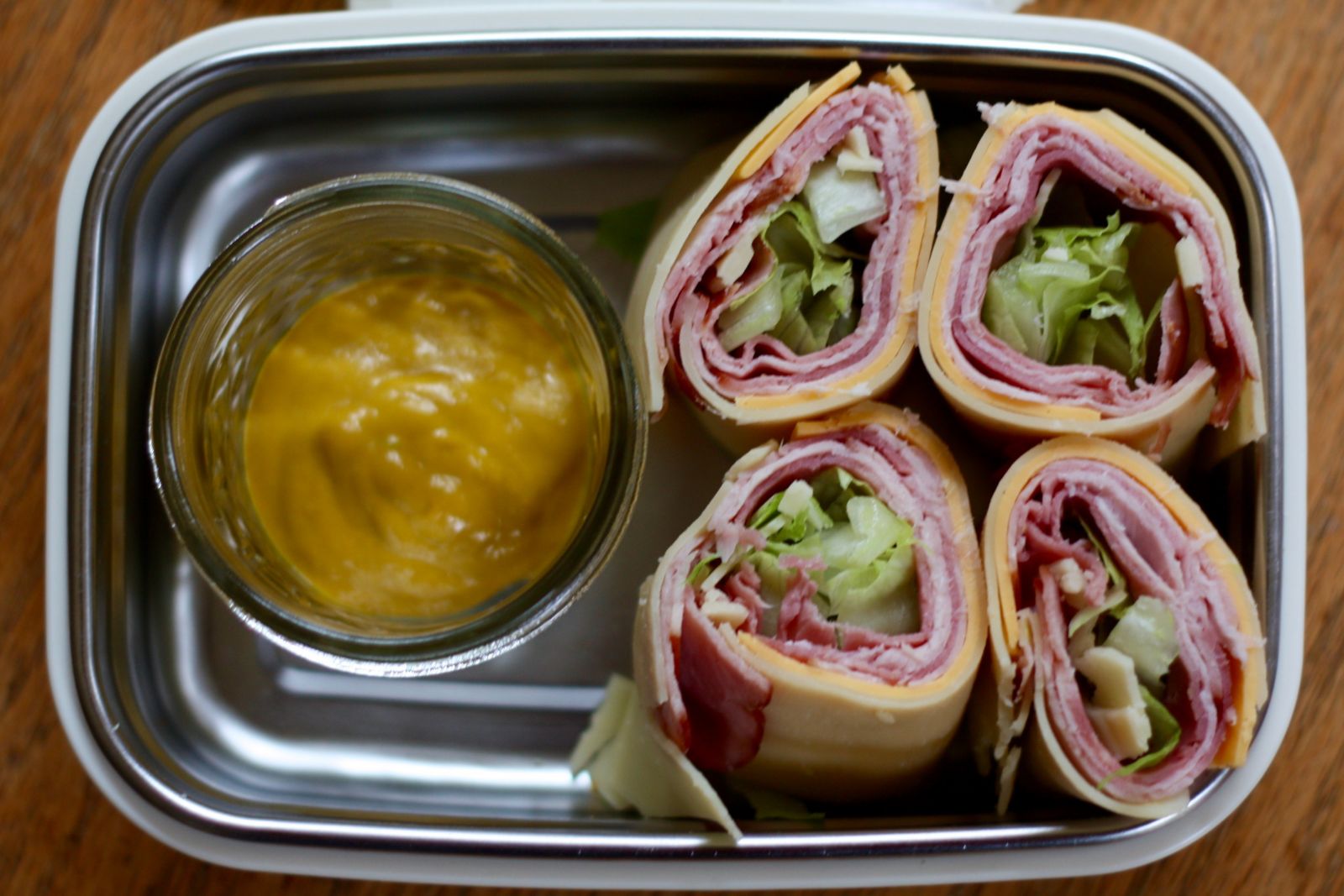 If you don’t call those big deli sandwiches “heroes,” then this is a play on words that is probably lost on you. But “hoagie roll-ups” or “sub roll-ups” just doesn’t have the same heroic feeling! And these really are heroes of the packed-lunch world: easy, appealing, appetizer-y finger food with plenty or protein and pretty close to zero carbs. It is easiest to add the mustard or mayo when you roll these up, but I love bothering to put the condiments in a jar so that I have something to dip in. Also? If I make a big batch of these and put them in the fridge, then my husband with his mustardy fingers becomes mysteriously filled with incredibly loving feelings toward me, and that’s nice too.

4 slices cheese (a big slice, like Swiss, is great for the outside of the roll-up)

4 slices ham or turkey (or a mix, or another lunch meat of your choosing)

Other optional fixings that you like: pepperoncini, tomatoes, red peppers, raw or pickled onions

Mustard or mayonnaise (Or make a zippy dipping sauce by stirring a teaspoon of hoagie relish into a tablespoon of mayonnaise. Hoagie relish is a mild, vinegary, red condiment sold where the pickles and pickled peppers are.)