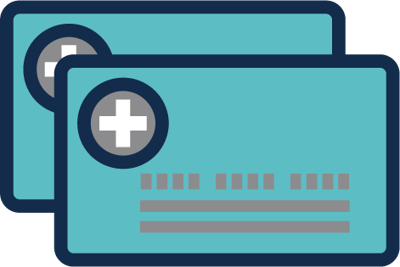 By Emma Ryan and Emily Fitts

Discount coupons, also called copay cards, help many people with diabetes afford their medication. At the pharmacy, these coupons can reduce out-of-pocket costs – sometimes by hundreds of dollars. However, certain employers, insurers, and pharmacy benefit managers (the “middlemen” between drug manufacturers and insurance companies) have rules to try to discourage the use of discount coupons. Many health plans do not count these coupons toward deductibles and out-of-pocket maximums – a practice called “accumulator adjustment” that increases the amount of money people pay for their medications.

Typically, these coupons decrease the out-of-pocket cost of the medication while counting the original, higher price toward an individual’s deductible (the yearly amount you pay before insurance kicks in). People have traditionally been able to reach their deductible or out-of-pocket maximum while using money contributed via these coupons. This is why accumulator adjustment policies are extremely damaging for people who rely on discount coupons for medications with no generic equivalent.

In January 2020, the Department of Health and Human Services (HHS) announced a proposed rule that would allow insurers to use these copay accumulator adjustment programs. Starting in 2021, this proposed rule would make it more difficult for people to meet their deductible and thus increase how much they pay yearly for their medications. diaTribe advocated, along with many other organizations, against this proposed rule.

Say your pharmacy deductible is $500, which is typical here in California for a Bronze insurance plan.

The cost of the medication is $100, but a copay card brings down the amount you pay to $5, with the remainder paid by the drug’s manufacturer. Under the traditional policy, the full cost of the drug – $100 – would be counted toward your deductible, even though you’ve only paid $5 of your own money.

The situation is much worse under accumulator adjustment. Since you’ve only paid $5 out-of-pocket, only $5 is counted toward your $500 deductible. With the addition of these policies, many people who use discount cards – particularly those with high deductibles – will end up paying more for their supplies. For background on why these policies are being implemented, read more below.

What can you do about this?

You can also call your health insurer directly. Here is a sample script:

“I’ve heard that there are programs that do not allow for my prescription copay card to be applied to my deductible as it was in the past. This program is called copay accumulator adjustment. Are you adopting these programs, or do you have future plans to adopt this program?”

2. Investigate if switching health plans can help save you money.

A lower deductible plan, though it may have higher premiums (cost of plan), could reduce costs in the long run. See our guide to maintaining coverage while changing plans here. If this is not an option, here are some additional resources on access and affordability:

3. Get involved with patient advocacy groups and state legislation.

There are many patient advocacy groups that are pushing back on these policy changes. diaTribe is working alongside organizations such as Alliance for Patient Access, Aimed Alliance, Diabetes Patient Advocacy Coalition, and many others. If you believe that these policies are harmful to your health, Alliance for Patient Access offers resources for taking action on impending state legislation in Indiana, Kentucky, Massachusetts, Ohio, and Oklahoma. Through advocacy work over the past two years, four states – Arizona, Illinois, Virginia, and West Virginia – have passed laws that limit health plans’ use of copay accumulator programs.

As always, we hope that patients and healthcare providers will work together to find a treatment plan that balances safety and affordability.

Why do these policies exist?

While discount coupons help individuals afford medication, they can drive up costs for everyone in the long term if they cause people to switch from less expensive generics or biosimilars (the term used to mean “generic” when specifically talking about insulin) to more expensive brand name medications. Typically, insurers encourage people to use low-cost medications by offering lower copays for generic and biosimilar equivalents. Insurers have an incentive to do this because it means they pay less for these drugs, too. When coupons allow people to afford more expensive medications, however, the insurer pays more to the manufacturer. This can ultimately translate to higher premiums for everyone on the health plan. Medicare prohibits copay coupons for this reason, and California prohibits copay coupons for medications that have a lower-cost generic equivalent for all California residents.

Beyond encouraging the use of more expensive medications, many argue that copay cards allow manufacturers to raise the prices of these medications. When coupons make drugs affordable to consumers, manufacturers are given room to raise prices without impacting demand. Ultimately, insurers pay the difference. A 2016 study found that among 23 brand name medications for which there was a generic equivalent available, coupons increased overall spending by an average of between $6 million to $24 million per year.

In diabetes, however, there are fewer brand name medications with lower-cost generics available. In fact, a recent study found that 50% of drugs with copay cards available had no generic equivalent or close substitute. Copay accumulator adjustment programs impact all drugs, even the ones without a less expensive substitute.

This article is part of a series on access that was made possible by support from Lilly Diabetes. The diaTribe Foundation retains strict editorial independence for all content.