The Forbidden Fruit of Halloween 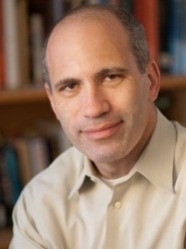 For kids with diabetes, Halloween can be the cruelest holiday. But I didn’t appreciate how cruel until a friend shared this story with me. Her father has type 1 diabetes, and when he was diagnosed as a young man, he felt that having the disease was shameful, and he questioned whether he developed it because he ate too many foods with sugar. Meanwhile, his family and friends frequently reprimanded him when he consumed sweets. The anger burned inside him, and he carried those resentments.

After he married and became a father himself, his children noticed that he had an unusual way of preparing for Halloween. He would buy several bags of candy a month in advance, hide the treats, and then eat them himself. He would then buy more candy for the trick-or-treaters.

“It was a sort of joke in our family,” my friend tells me, “but even as a child observing my father’s behavior, I knew that it came from a place of deep pain and deprivation.”

I can’t say the story entirely surprised me. For those with diabetes, holidays in general are treacherous because we can’t celebrate anything without an abundance of food, especially sweets. In the American tradition, the road to holiday cheer is paved with icing, whipped cream, and sprinkles. But no holiday puts sweets more directly in the crosshairs than Halloween. Chocolate bars are not some ancillary benefit. They are the holiday’s very purpose.

So what’s a kid with diabetes, type 1 or type 2, to do? And what rules should their parents lay down on candy consumption?

Most important, what can we do to ensure that kids don’t develop the same kind of destructive behavior that my friend’s father exhibited long ago?

First, let it be said, there has been an evolution in thinking about sweets. When I was diagnosed with type 1 diabetes in the late 1970s, the message was clear – avoid the high-sugar foods at all cost. Candy, cake, ice cream, chocolate cookies, brownies, sugar-coated cereals, donuts: these were the “forbidden fruit” of our era, and the fact that they were forbidden probably contributed to their appeal. We crave what we cannot have.

Since then, we’ve developed a greater understanding of how all kinds of food affect blood sugar levels, and we’ve confirmed what we thought we knew; namely, that sweets do indeed spike your blood sugar. But we’ve also developed far better insulins and more aggressive therapies – multiple daily injections or an insulin pump – to better control blood sugar levels, and these improvements allow for more flexible diets. We still have low-carb zealots who believe that virtually all carbohydrates should be avoided. To them, even fruit is a “forbidden fruit.” But for the most part, our improved therapies have had a liberating effect on patients who now believe they can indulge in candy or ice cream but “cover it” with insulin.

The fact is, using aggressive insulin therapy to cover your sweet tooth on a regular basis is a bad idea. Estimating how much additional insulin is needed is difficult, so you compound the risk of glycemic chaos and also risk gaining weight. But in short spurts or on special occasions, these therapies can minimize those Twizzler-driven blood sugar swings.

Which brings me back to Halloween. I can claim no scientific survey in this area, but in talking to parents over the years – and in my own experiences with our type 1 son, Garrett, who is now 10 – the approach that causes the least amount of stress is this:

First, and most obviously, let the kid dress up, trick or treat with his or her friends, and collect the candy. In Halloween, the hunt is the thing. How many door bells can they ring? How many pieces of candy can they gather? And what type of candy – the decadent chocolate bars or the grim healthy stuff that a few clueless parents give out?

Okay, full confession: my wife and I are those clueless parents. For years, we’ve been giving out bags of “Smart Food” popcorn (9 grams of carb, in case you’re interested). We do it to set an example, to offer something different, and to make a wee small protest against the avalanche of Skittles that define this holiday. It does no good, of course, except to appease our conscience that we have not added to the cavity rate of our hometown.

The tricky part of trick-or-treating, for children with diabetes, is what to do when they when come home with their bounty. Several years ago, I wrote a column about Ann Marie Kreft, whose son has type 1 diabetes, and her successful efforts to have the kids in her community donate their Halloween candy to American soldiers overseas. Including this year's shipment, she and her group will have sent more than 5,000 pounds of sweets abroad since they began the effort.

In my conversation with other parents and in my own experiences, I think the key is “demystifying” the candy. Don’t make it forbidden. Don’t hide it. Don’t make it a flashpoint for argument. But try to manage it.

In our case, we’ll tell Garrett that he can have two pieces of candy for snack for the first several nights, and then one piece thereafter. Remember, the Halloween candy bars are usually small. They won’t shoot your blood sugar to the sky if you only eat one or two, and in Garrett’s case, he can cover those carbs with his insulin pump.

The highlights of Garrett’s Halloween are the costume – he likes violent action figures, preferably with a sword – and then once he has his candy, he likes to dump it all on the floor, count the pieces, and then trade them with his older sister. Then he just leaves his candy, well over a hundred pieces, in the family room in his pumpkin-shaped plastic container, and after about a week or two, he forgets about it.

He is not without a sweet tooth; he eats ice cream and enjoys cake as well. But he quickly loses interest in the Halloween candy because, well, it’s just not that interesting. I’m not saying this approach will work with every child, but in our house, we have stripped the chocolate of all its subversive temptation by making it open and accessible.

And years from now, my hope is that Garrett will not feel compelled to sneak candy corn and Milk Duds into the house and consume his anger and guilt in the weeks leading up to an otherwise harmless holiday.