A Focus on Diabetes Technology for Families 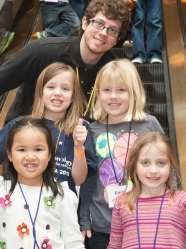 On February 1-2, we attended the Children with Diabetes (CWD) Focus on Technology Conference in Crystal City, Virginia. It was an enormously enjoyable and educational weekend. There was a fantastic line-up of speakers on topics including the artificial pancreas and the practical uses and incorporation of diabetes technology into daily life. Parents, children, and adults with type 1 diabetes who have grown up with the “CWD family” were also able to connect and share stories of difficulties and how they worked past those struggles. The following are highlights of what was discussed at the sessions. 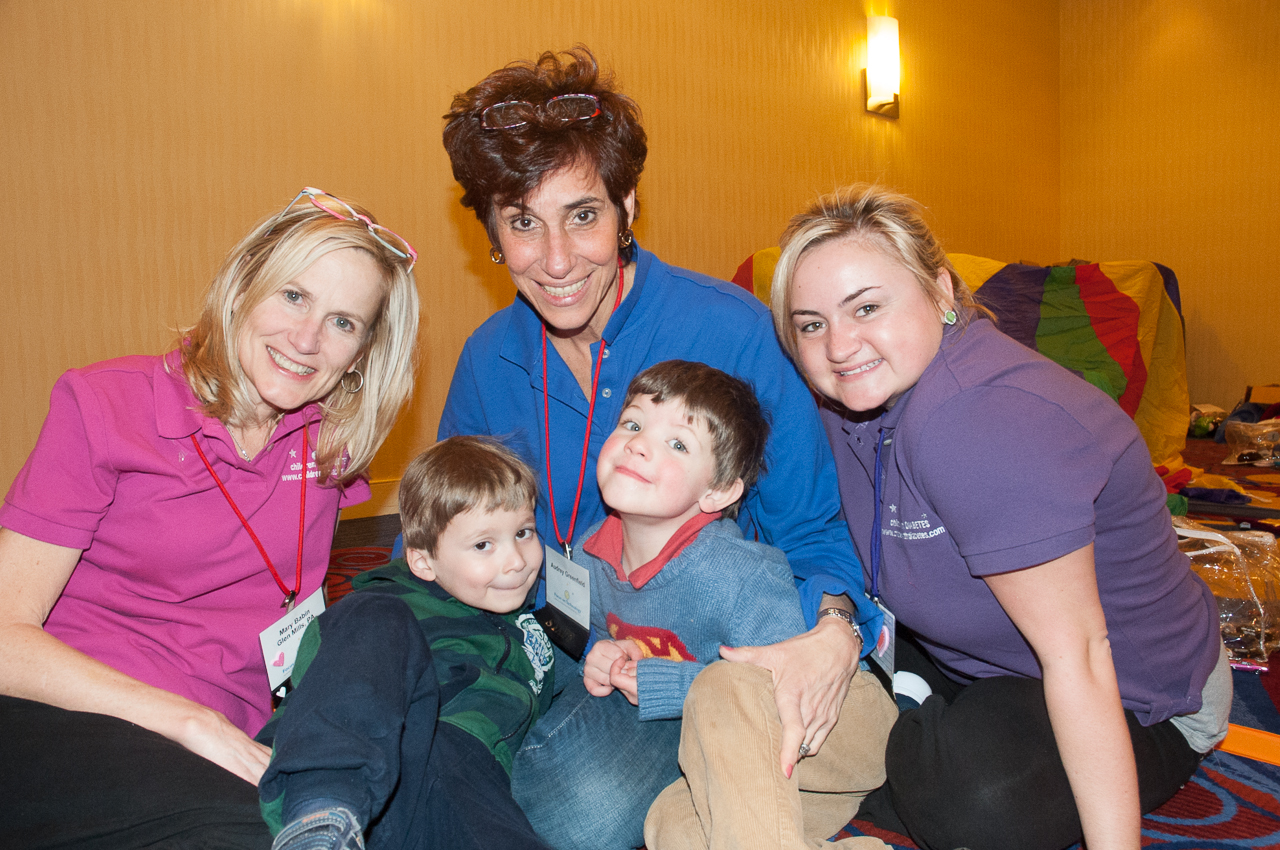 Dr. Edward Damiano of Boston University discussed his exciting research on the artificial pancreas (also called the “closed loop”) and explained the experiments that have helped him and his colleagues progress to their current closed-loop system. His newest system uses an iPhone running a control algorithm, two Tandem t:slim insulin pumps (dosing insulin and glucagon), and a Dexcom G4 continuous glucose monitor. (For background on the artificial pancreas, please see the learning curve in diaTribe #39 and conference pearls in diaTribe #44.)

Dr. Damiano began his talk by discussing his inspiration for building an artificial pancreas: his son who has type 1 diabetes. His goal is to build a system that could regulate his son’s blood glucose levels automatically and with minimal user intervention. Dr. Damiano and the Boston-based Bionic Pancreas research group first tested their insulin and glucagon algorithm in pigs without functional beta cells and have continued their research all the way to humans. In his last published study, the algorithm, which only needed information about the subject’s weight for initialization, was able to control blood glucose levels even when the participants were exercising on stationary bicycles. These initial studies helped the research group improve the algorithm so that it could better control blood sugars.

Algorithms Learning for a Lifetime

After reviewing previous studies, Dr. Damiano discussed an unpublished bihormonal closed-loop study with adolescents and adults. He explained that adolescents require two to three times more insulin for their size than adults because of puberty and that they are physiologically very different from adults. But even with this fact, he wanted to build a single type of device with one algorithm that someone could ostensibly use their entire life. A CGM provides 288 blood glucose values every day (one value every five minutes); with the data collected over days and weeks, their adaptive algorithm automatically adjusts insulin dosing to the person’s needs and responds to even the most challenging of cases. In the unpublished adolescents and adult study, the algorithm controlled the blood glucose levels of adolescents and adults extremely well. When a user gave a single automatically adaptive insulin bolus before meals, the results were somewhat better in adolescents, but only marginally better in the adults. This convinced the Bionic Pancreas group that a fully reactive system in adults is entirely practical, but the occasional pre-meal bolus in adolescents might be justified for optimal care.

Future Studies: At Home Trials of the Artificial Pancreas

Dr. Damiano and his colleagues plan to test the prototype closed-loop system in subjects outside of the hospital, and investigate if the device is safe to use when people are living their everyday lives. Each study tests the adaptive algorithm and device in a new way and involves less in-person surveillance. The first study, called the Beacon Hill Study, will have subjects remaining within three square miles of the hospital, staying overnight at a hotel for five days, and eating and exercising as often as they’d like while using the device; the second study will include adolescents at diabetes camp for eleven days (five days on the device and five days under their usual care); and the third will involve hospital employees who go about their normal routine (including going home after work) for two weeks. The research group hopes to conduct a pivotal six month study that tests the final version of their system in 2015. Dr. Damiano explained that his goal is to have a commercial launch for the closed loop system by 2017, which is when his son would start college.

In the evening, Dr. Jill Weissberg-Benchell, from Northwestern University, and certified diabetes educator and registered nurse Natalie Bellini spoke to parents about how to talk to their teens and work with them as partners. They asked parents to place themselves in their children’s shoes, and recall what their interests and emotional states were when they were teenagers. Then they asked parents to imagine what it is like to be a teen and have the added responsibility of managing diabetes.

Ms. Bellini and Dr. Weissberg-Benchell explained that it’s crucial to work together, and it can begin with setting reasonable expectations for blood glucose control. Teenagers are in a developmental stage with many physiological changes that affect their insulin sensitivity, and so their blood glucose levels can be in constant flux. The speakers advised setting fair expectations, such as checking blood sugars before eating, taking an insulin bolus when they eat (bolusing before meals is even better), and always, always having something on them that can treat hypoglycemia. A key expectation missing from this list is a target blood glucose number; both speakers emphasized that parents should focus on behaviors and not numbers because numbers are rarely stable for teens.

These changing blood glucose numbers make it difficult for teens to wear CGMs, but the CGM’s trends and the information about the rate of change (shown by the arrows) can be very helpful. If teens respond to these trends by counteracting with the appropriate measures (e.g., taking insulin or eating something with carbs), they can prevent very high or low blood sugars. This approach, instead of constantly examining the CGM for fluctuations, might help teens see the tool in a more positive light and perhaps wear it longer too.

Finally, parents can be supportive when they respond to their teen’s diabetes care. They can praise their teen every time he or she does a blood glucose check to encourage the practice because every check is information that can be used well. And as difficult as it is to see an extremely high or low blood glucose level, parents can try to be measured in their response. Their child knows what good blood sugars are and what levels they want to avoid; it does not help to further frustrate the teen by expressing anger or disappointment immediately. Deal with the moment practically, and return to it later once everyone has calmed down and can think clearly. When parents work with teens as a team, it makes problem solving that much easier. 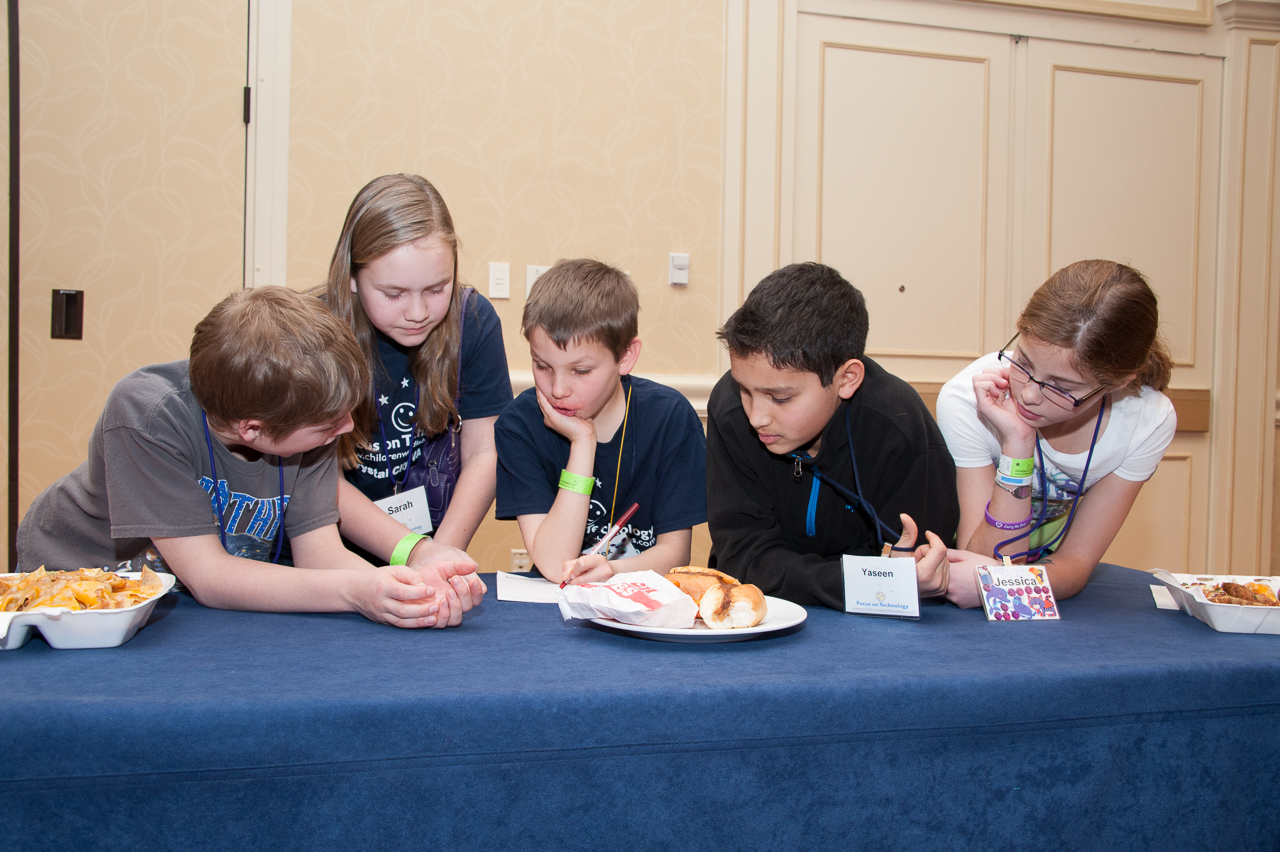 In one session with Ms. Bellini, teens were asked to estimate the grams of carbohydrates and fats in pizza, nachos, potato skins, breaded chicken, burritos, and the like; all foods that are widely available. Many of the astute participants, both teens with type 1 diabetes and their siblings, were highly skilled at calculating these quantities, but no one was right every time. When the teens were done estimating, it was time to reveal the carbohydrate and fat content of each plate.

Ms. Bellini had a hands-on approach to counting: she pulled apart each meal and scooped out each third cup of rice or potatoes, asking the teens to count each 15 g of carbohydrates with her. She emphasized that no one is able to avoid these foods all the time, especially when they are eating out, and that no one can count correctly every time. It’s unhelpful to dwell too long on any glycemic excursion, and it’s better to consider it a lesson on how to adjust for next time. However, it is important to try to count the carbohydrates, bolus before meals, and make corrections if needed. Many of the teens appreciated this lesson.