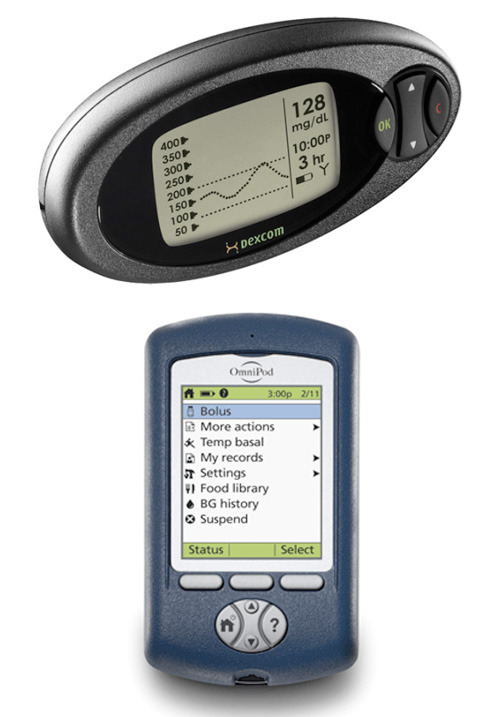 Twitter Summary: Insulet’s next-gen PDM will integrate with Dexcom’s Gen 5 CGM and mobile app – like so many patients had always hoped!

On August 5, Insulet announced that its next-generation OmniPod Personal Diabetes Manager (PDM) will use Bluetooth technology to connect to Dexcom’s Gen 5 CGM system and mobile app. This integration will allow for OmniPod insulin pump and Dexcom CGM information to be displayed on both the mobile app and on the Insulet PDM itself, giving patients who use Insulet far more flexibility to view their data.

Insulet plans to develop a prototype of the next-generation PDM in time for the ADA 2015 conference next summer (wow! They are moving fast!), though the new PDM and Dexcom’s Gen 5 system likely won’t be commercially available until 2016 at the earliest (Dexcom plans to submit the Gen 5 system to the FDA by the end of 2014 or in early 2015). Given that approximately 25% of OmniPod users also use a Dexcom CGM, integrating data from these devices into a single platform makes a lot of sense – patients will benefit from needing to carry fewer things around (e.g., an OmniPod PDM rather than an OmniPod PDM + a Dexcom receiver) – we assume most have their smartphone with them assuming they have access to one. To boot, the integration will allow patients and providers to see pump and CGM data in one place. –AJW/AB/KC